When measuring distance how do we know when supernova comes from binary star and not single one?

The way I understand distance is measured for far out objects is by binary star supernova, since at the point of explosion there's is always same amount of energy released. 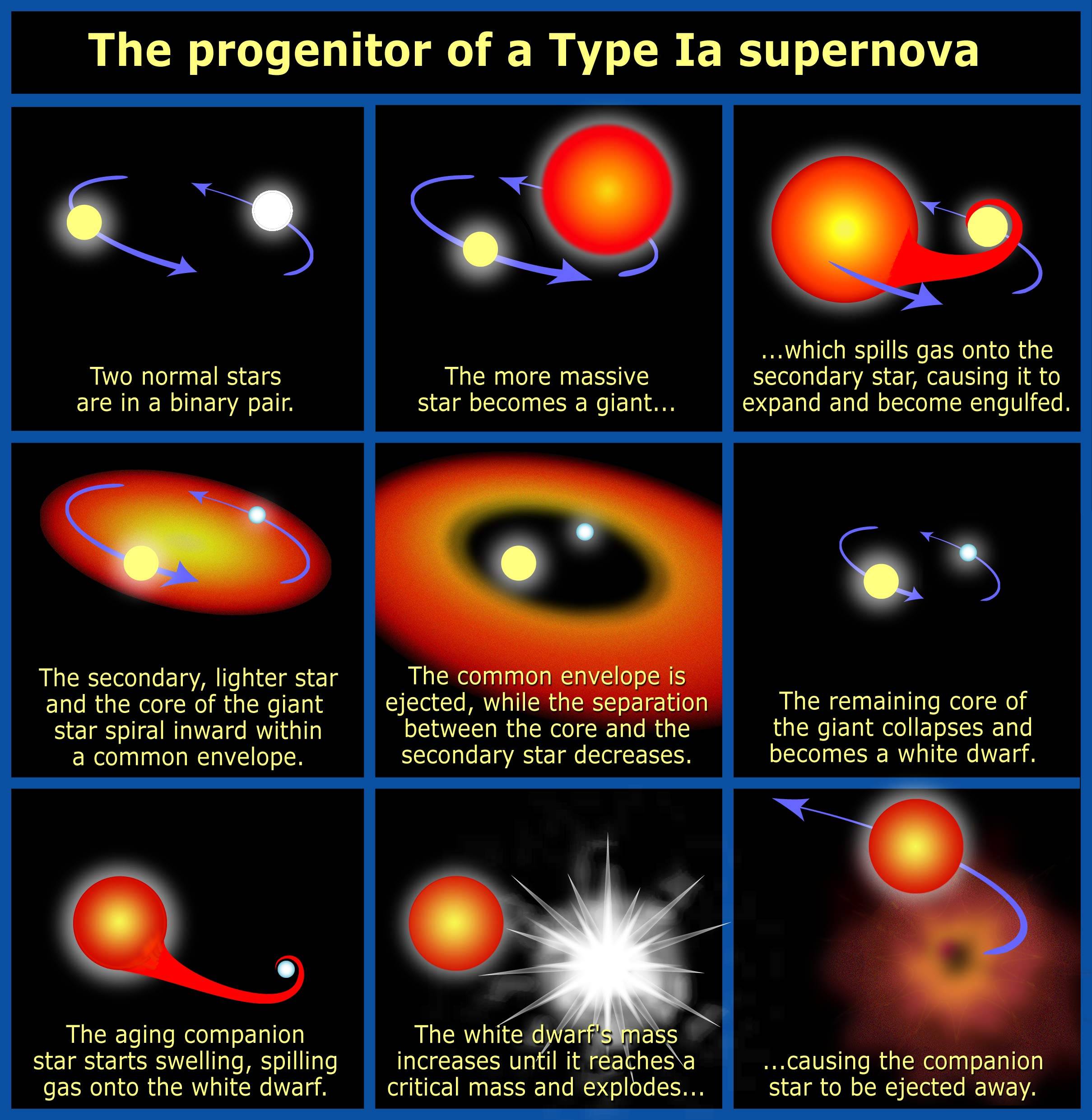 But then supernova can also come from single star that has enough mass in it.

When measuring distance how do we distinguish when supernova comes from binary star and not single one?

The supernovae used to estimate distance are type Ia supernovae, resulting from the thermonuclear explosion of a white dwarf. These result in supernova light curves that are remarkably consistent (though not identical). These light curves can be matched with similar observations in the local universe to estimate a distance.

Supernovae occurring in single, massive stars are known as type II core-collapse supernovae. These have very different characteristics and a diversity of light curve shapes and peak luminosities. They cannot easily be used to estimate a distance.

A few core collapse supernovae also do not show hydrogen lines and are thought to be due to an explosion in a massive star that has already lost its hydrogen envelopes. However, these type Ib and Ic supernovae are distinguished from type Ia supernovae because they lack the strong signature of silicon in their spectra. The silicon absorption in type Ia supernovae is because silicon is a major product of the nuclear burning of carbon and oxygen in the exploding white dwarf.

7
How did enough material from other dying stars accumulate to start our sun and planets?
19
What happens to the neighboring star of a type Ia supernova?
9
New Type of Type Ia supernova. Implications to Dark Energy measurement?
13
The delay between neutrinos and gammas in a supernova, and the absolute mass scale of neutrinos
0
Prior binary star system as possible explanation of high-velocity Type II Supernovae remnants
1
Type II supernovae explosions
2
why do hypergiants shed mass before death?
16
Can nuclear fusion alone account for the energy output from type 1a supernova?
0
Can the amount of mass of a supernova star force the expelled material to return to the origin of the explosion?