I'm aware of Newton's Shell Theorem, which states that inside of a thin ring of uniform density, the gravitational force exerted on a point mass should be zero.

I wrote a quick field simulation to demonstrate this, but am getting a force inside the ring. The potential (-GM/r) is zero, but the force on a test mass (-GM/r^2) is non-zero.

I'll post the relevant segments of my code below and a few screenshots. Any ideas what's going on?

Each point in the field accumulates the felt gravitational force from all masses comprising the ring (which is a large set of very closely spaced point masses):

After this function has been executed for each point mass in the ring, the felt force at that location in the gravitational field is visualized. 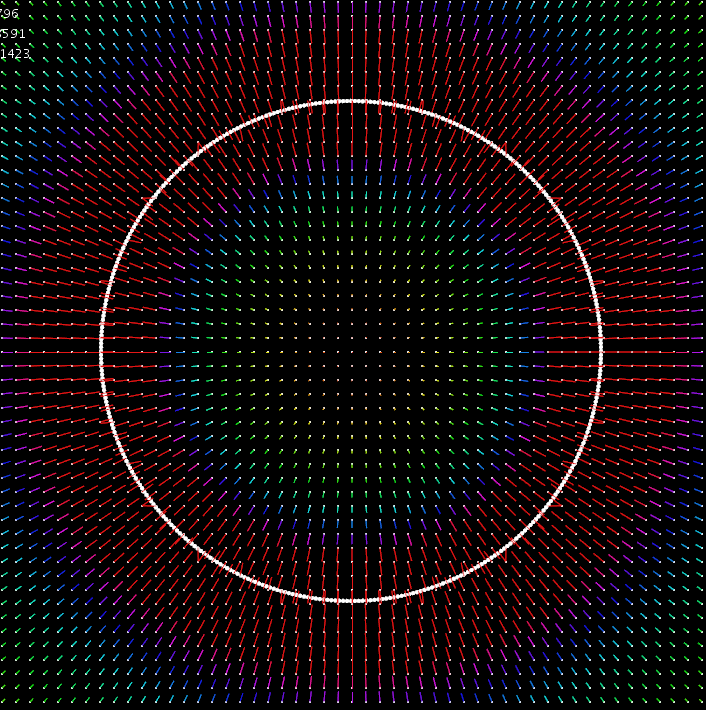 When I change the last 2 lines of code to:

The result is zero potential inside the ring, as expected: 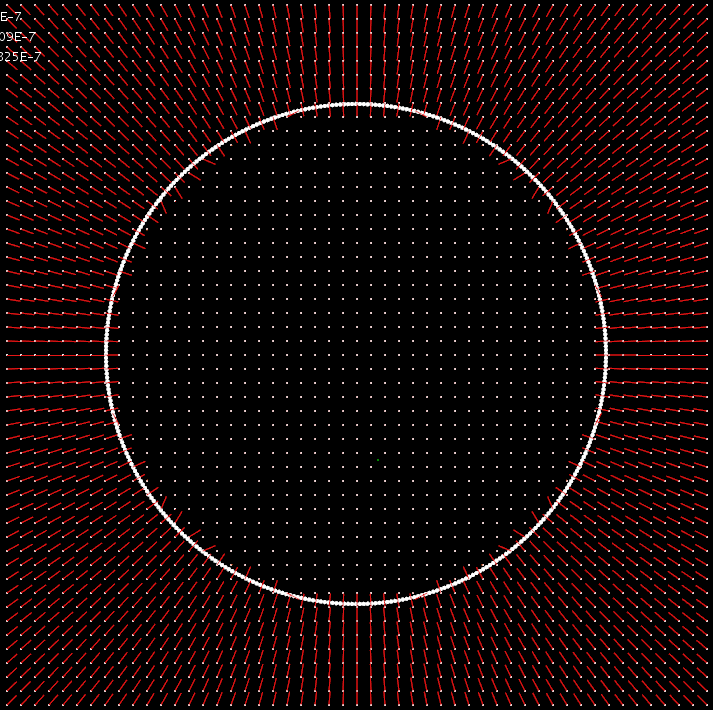 Not the answer you're looking for? Browse other questions tagged newtonian-gravity computational-physics software or ask your own question.

2
If you keep the center of gravity of two objects on each other would you never be able to separate them?
2
Newton's Gravitation Force between two bodies
0
Can the gravitational force between a 2D ellipse and a point mass in 3D space be found using the centre of mass of the ellipse?