In an RLC series circuit on resonance, how can the voltages over the capacitor and the inductor be larger than the source voltage?

Consider an RLC circuit in series, of the form 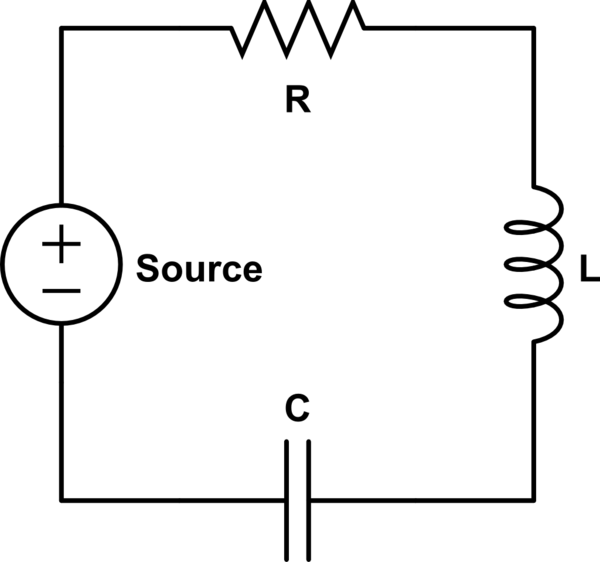 The math might say one thing, but this is till terribly counterintuitive. How can this be?

Well,here I take into consideration that you have an elementary idea of phasors. In DC circuits with resistors,you sum up the voltage drops,which equals the source voltage.But here,since we are dealing with AC,we have to consider the vector sum of the R,Land C voltages.This will definitely equal the source voltage,if done correctly.I am telling you what to do.You compute the potential drops along R,L and C.Let V1,V2 and V3 be the P.D across R,L and C respectively. First,you draw the XY plane on a paper.Then,draw a vector representing V1 along X axis.As P.D across inductor leads the current by 90 degrees,you draw V2 along positive Y axis and V3 along negative Y axis(Capacitor voltage lags behind the current by (pi/2)).Then compute the resultant of the 3 vecors,the magnitude of which will be equal to V0(source voltage).You can also compute the phase difference by which the source voltage leads or lags behind the current.There is absolutely no problem if V1 or V3>V0.It's the resultant of V1,V2 and V3 that we have to consider(since they are sinusoidally varying alternating quantities).You will get the same result if you frame a differential equation and solve it,but phasors simplify our calculations to a great extent.

Not the answer you're looking for? Browse other questions tagged electric-circuits capacitance oscillators resonance inductance or ask your own question.

1
Parallel RLC circuit, how branching currents may each be larger than source current at resonance?

0
Determining energy stored in capacitor and inductor in RLC circuit
1
Steady state RLC circuit analysis
0
In a RLC Circuit, what is the effect of Resonance?
2
Phase Locking in Parallel RLC at Resonance Frequency
0
Current at steady state through inductor
0
Predicting voltages in RLC series circuits from AC source: differences in order?
1
In RLC circuit, if source voltage $V(t)=V_p \sin(\omega t)$ then $V_p= \sqrt{V_{R,p}^2+(V_{L,p}-V_{C,p})^2}$?