I know that a voltage drop of a resistor is the energy lost from the potential energy of the electrons.well, what i am really confused about is why the potential energy of the electron decreases as it passes a resistor. Why it doesn't stay the same since the attraction force from the positive terminal is still there??? I know the basic formulas for the circuits but my problem here is conceptual. I wish if someone can explain this comcept to me without the water analogy.

The electrons accelerate from the source to the resistor, converting their potential energy to kinetic energy in the process. Once at the resistor the kinetic energy of the electron is lost in the form of heat due to the interactions with the resistive material. The total energy of the electrons before and after the resistor is therefore different and is equal to the voltage drop. You mention, "Why doesn't it stay the same since the attraction force from the positive terminal is still there." The positive terminal has given it an initial energy, it doesn't continue to give the electrons more energy in the event they lose some of it.

Why it doesn't stay the same since the attraction force from the positive terminal is still there???

I don't understand your reasoning here; an electron moves from the more negative terminal of the resistor to the more positive side and thus, loses potential energy.

If the electron were otherwise free, it would have gained kinetic energy equal to the lost potential energy.

Think of it in terms of conductors and insulators. Metals make good conductors because electrons flow easily through them. On the other hand, electrons flow poorly through insulators like plastic. This is because the crystalline structure of plastics is such that the polymers are bonded together in such a way that the electrons inside the atoms are already fully occupied . Resistors are made of materials like these insulators that poorly conduct electrons, so when current passes through the resistor some of the energy is dissipated as heat according to $$P=VI$$.

Remember that in order to satisfy conservation of energy, the potential energy that's gained at the terminal must be lost at the resistor.

The best explanation I can think of for you is that on the negative side of the circuit, electrons "pile up", due to the restriction of flow from the resistor. On the positive side of the terminal, there are fewer electrons (the missing electrons were "pumped" to the negative terminal), so it has an effective positive charge. When an electron crosses a resistor, it is moving from a location where similar charges are crammed together--high potential--to a location where it is balanced by opposite charges--low potential. Hence the potential drop across a resistor. It's really the buildup of charge that causes the potential across the resistor. 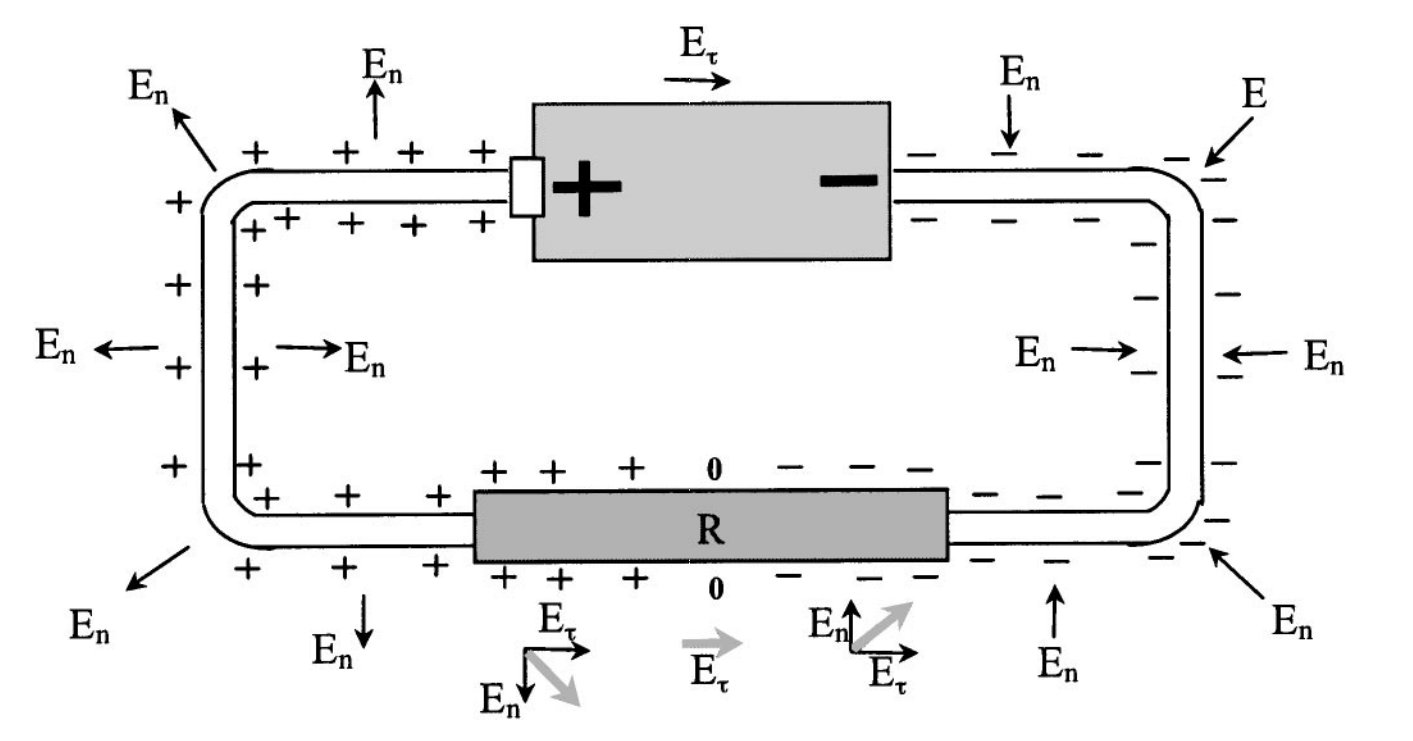 Not the answer you're looking for? Browse other questions tagged electricity electrical-resistance voltage or ask your own question.

39
I don't understand what we really mean by voltage drop

39
I don't understand what we really mean by voltage drop
2
The Difference Between voltage and current
1
Voltage - Energy drop
0
Voltage Circuit
1
Voltage Drop Across a Resistor / Direction and Sign of Voltage
2
How can a battery offer resistance and act as a voltage provider?
0
Resistor and capacitor in series
4
Voltage divider: Voltage drop at first resistor