Is there such a thing as "Action at a distance"? 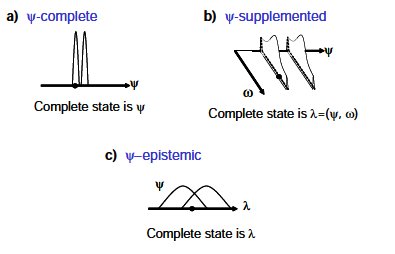 One of the fundamental tenets of relativity is that all observers are correct. Two people pass each other near the speed of light and they will each think that the other person's clock is running more slowly than their own. Who's right? They both are. It doesn't matter if you have to bend and warp and crumple the universe itself in order to make them both correct, and in fact that is exactly what Einstein did with general relativity. Now if you have a photon moving at the speed of light, it observes infinite longitudinal length contraction, meaning it sees the universe as an infinitely thin sheet of paper that it is passing through. From its own perspective, it is created and absorbed at a single point in space, all during a single moment of time. What we perceive as spatial extent and temporal duration of the photon's path are both, and only, consequences of relativistic dilation from our own perspective. Now consider three photons having mutually orthogonal trajectories. Each thinks the universe is infinitely thin in its direction of motion, and each traverses that universe in a single instant. They must all be right. This happens only if the universe is itself only a single point which lasts only for a single moment. (If this last conclusion is troubling, it might be helpful to presume that the mutually orthogonal entangled emissions arise together from a single event.)

Now comes the Einstein-Podolsky-Rosen paradox: how can two particles, which themselves have spins in absolutely as-yet undefined directions, after traveling light-years apart, "decide" that the instant one of them is measured, thus collapsing itself into a totally random distinct spin state, then the other one, no matter how far away, and no matter how much time later, will always, once measured, collapse into the opposite spin state in order to preserve total angular momentum? Einstein called this "spooky action at a distance" and believed that it couldn't happen -- that the particles, which cannot communicate with each other (else that information would have to impossibly travel faster than light), must have some "hidden variable" inside them which determines which spin state will arise, once measured. However, the Bell Inequality, which I won't describe here, proves inescapably that there cannot be an Einstein "hidden variable" making the determination. What then are we to do? Even if we have to bend and warp and crumple the universe itself, Einstein and Bell must both be right. And that is exactly what we have to do. The particles do not engage in "spooky action at a distance" because they are both at the same point in space, and at the same moment in time, when they are measured. That's because the universe in which they reside is itself a single point in space and a single moment in time. This is a little different from the "non-locality" of the universe asserted in some literature. Here, the universe is entirely local, but all at a single point of spacetime. This then has been just one person's personal perspective on the EPR paradox, but something similar has been said before: a thousand years is like unto a day, and the heavens can be measured in the palm of the hand. Michael C. Kleder, 7 Feb 2021

15
Could the Heisenberg Uncertainty Principle turn out to be false?
0
EPR vs. EPRBB? Why can't we perform the original EPR experiment?
13
What was the need for doing experiments to prove quantum entanglement?
1
Can someone explain why this QM FTL communication setup is wrong?
1
Recharacterizing spooky action at a distance as a time loop invariant?