Does the International Space Station always travels in the same path?

From the 3d visualization http://www.satflare.com/track.asp?q=25544#TOP (the right image with the red line indication the path of the ISS) it looks like always the ISS takes the same path. Is it the case?

Given the page, I am assuming you're asking about this image. 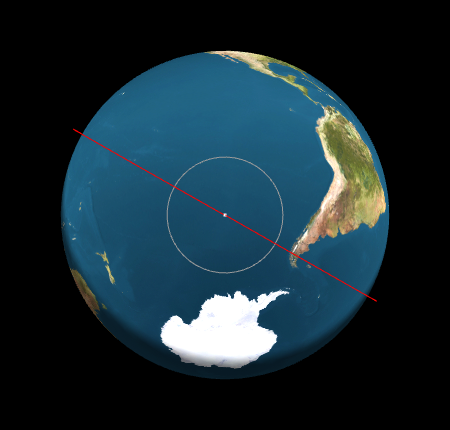 It shows the orbit of the station around the earth as a red line. From this view, the position of the line is approximately fixed around the center of the earth, with the angle almost fixed with respect to the stars (inertial frames).

In this view, the earth turns to the right (west to east) underneath the path, causing the ISS to pass over ground farther to the west every orbit.

If the earth were a perfect sphere and alone in space, the orbital path in this view would not drift. But it does move over time. The largest contributor to the shift is the fact that the earth is not a sphere. The squished earth has more mass around the equator than it does near the poles. This asymmetry causes the orbital path to precess (east to west) at about 5 degrees per day$^1$. If you were in the same position relative to the earth and the stars, you would see the orbital plane rotate around Antarctica over the course of two and a half months.

1 This document lists several parameters of the ISS orbit, including a calculation of precession. The calculation appears to match that found on the wiki page for nodal precession.

No. The ISS is in low-earth orbit, so it won't maintain a specific ground-track along the earth. Wikipedia has a picture of the orbit at different times that I'll attach below (open source image): 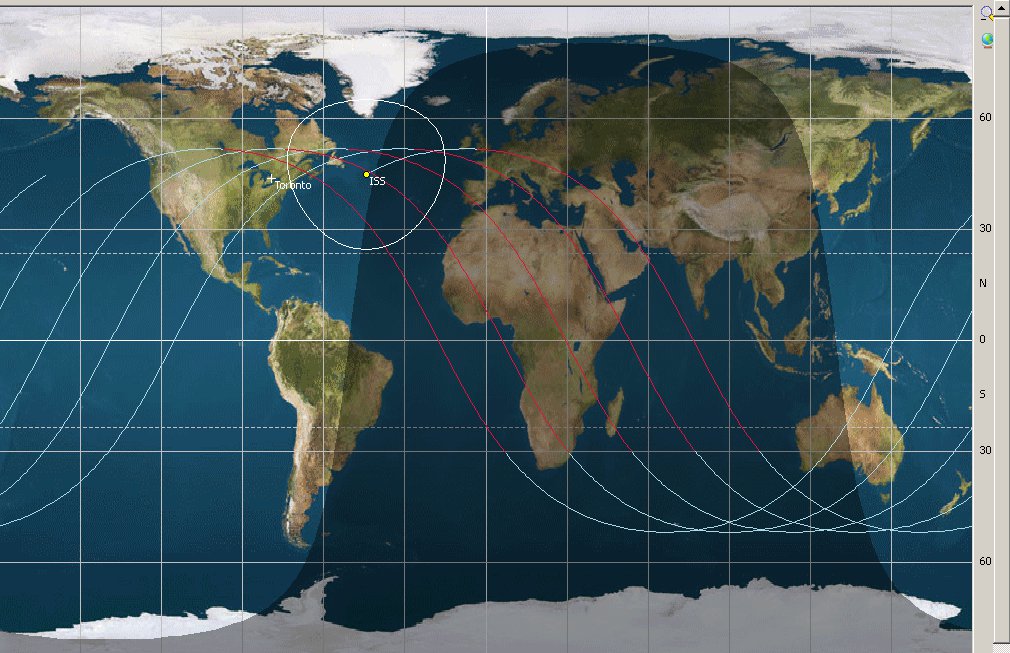 Not the answer you're looking for? Browse other questions tagged orbital-motion celestial-mechanics satellites space-mission nasa or ask your own question.