Tunnelling from a normal metal into a superconductor

a similar question has already been asked in the forum but unfortunately I cannot yet comment and still think that some things left unanswered. My question is in general concerning the tunnelling process of an NIS junction or SIS junction, respectively. A simple model used to explain the tunnelling is the semiconductor model. I've added a graphic of the tunnelling process in an NIS junction, in the presence of a magnetic field, which leads to the Zeeman splitting of the density of states. The two graphs on the left depict the density of states, the one on the right the conductance. The magnetic field isn't important in the context of my question.

I've read in a similar question that at zero temperature all electrons in the superconductor are in the ground state. Therefore there are no excited quasiparticle states. If one now takes an NIS junction and increases the voltage as shown in the picture a tunnelling current sets in as soon as the voltage reaches the gap energy. As there are no states occupied a current can flow.

What I cant get my head around is if I inverse the sign of the voltage, which leads to a current flow from the superconductor towards the normal electrode. In the case of zero temperature, there should be no states occupied, therefore no current can flow.

In the answer I read the explanation was, that the bias voltage leads to an excitation of quasiparticles due to the breaking of cooper pairs, shouldnt the minimal voltage then be twice the gap energy? And if it's true that the states "below" the condensate aren't really occupied, why is there no current flow at zero bias voltage? The same question can be identically asked for SIS junctions.

Thank you very much for your answers! 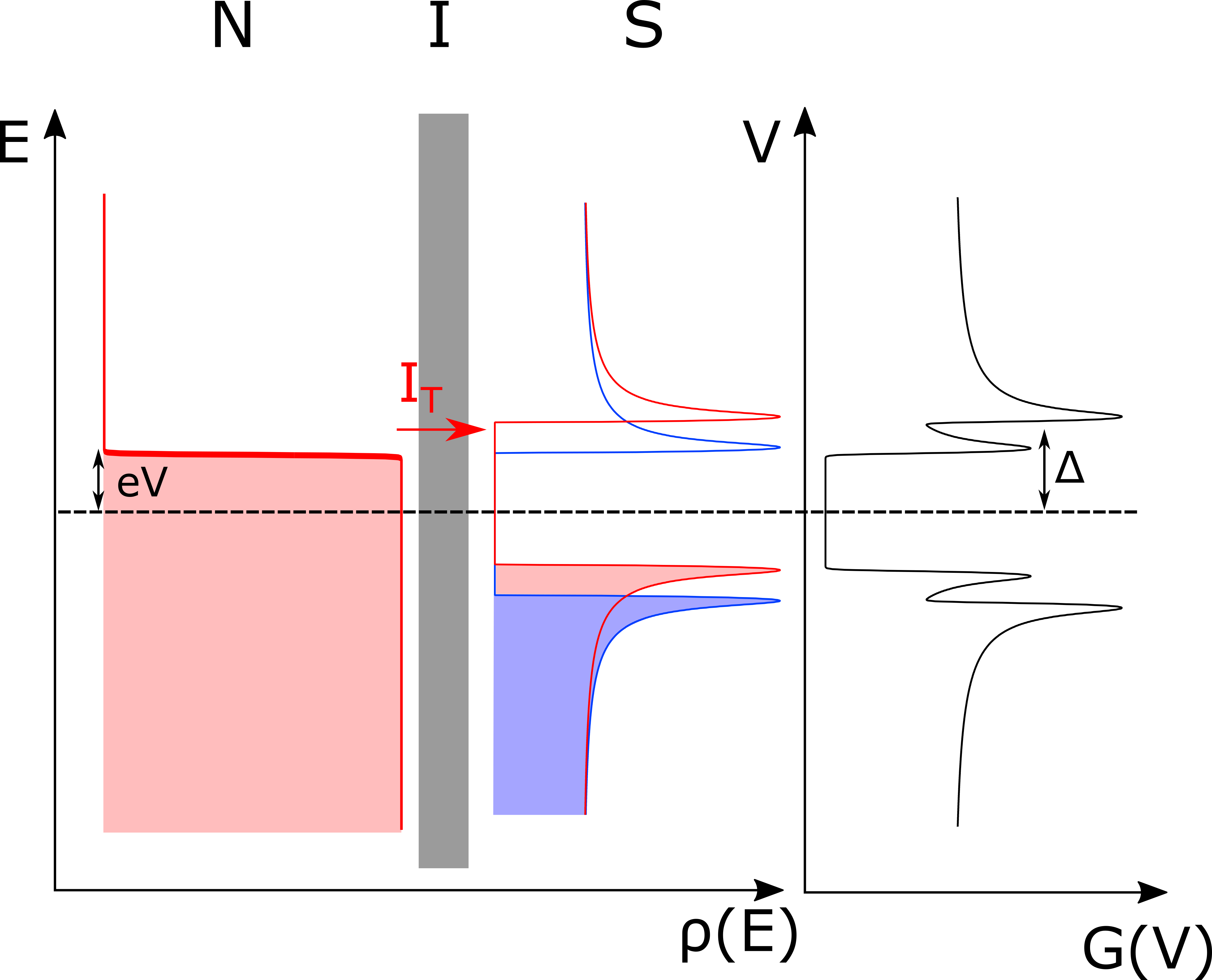 Browse other questions tagged superconductivity quantum-tunneling or ask your own question.

2
Why is there an energy gap in superconductors?

2
Is a single particle transition allowed between two superconductors having Majorana modes?
1
What is the maximum current carrying capacity of a Josephson tunnel junction?
2
Why is there an energy gap in superconductors?
4
Phase gradient, vector potential and current in a superconductor