Is Wikipedia wrong about Huygens-Fresnel Principle?

Someone posted a question about why backward waves don't exist according to the Huygens-Fresnel principle: Why doesn't a backward wave exist?

In following up on this question I read the Wikipedia article https://en.wikipedia.org/wiki/Huygens%E2%80%93Fresnel_principle, which makes a big deal about how its necessary to incorporate an angular dependence factor for the secondary waves in order to get the correct results. To tell the truth, this just seems totally crazy to me. Am I missing something?

To me, the principle works perfectly with the utmost simplicity: to find the future wave, you just back up along a light cone to the previous waves, and add them up with a 1/r factor to account for attenuation with distance. You get the right answer. You don't get backward propagating waves, because they get cancelled out by the forward propagating waves. There is no angular factor and no arbitrary phase correction. It just works, plain and simple.

EDIT: In response to the a question in the comments, I see the forward and backward propagating waves something like this: 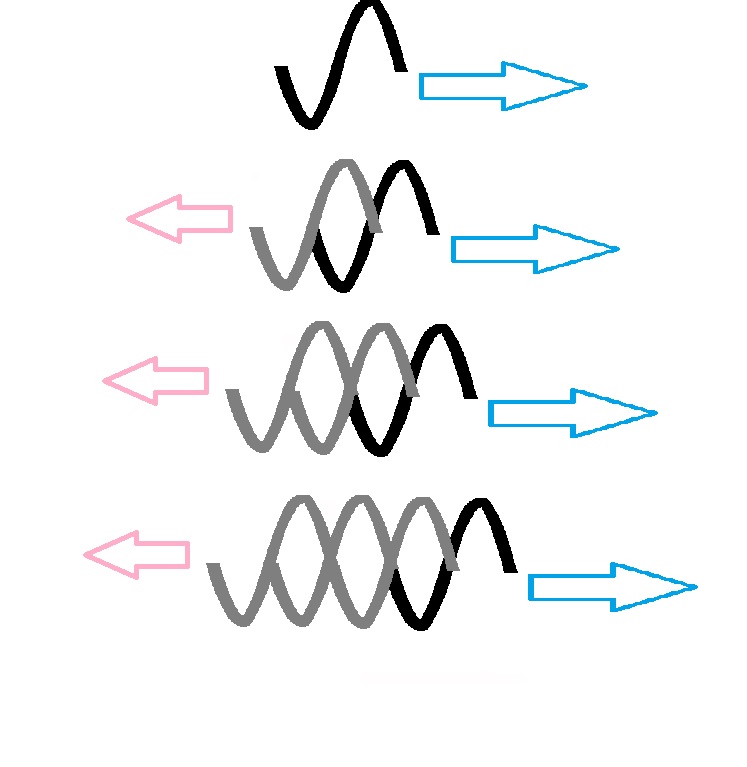 The forward going wave just keeps going, but the backwards moving ones cancel each other out. I think this is mathematically correct.

The wave function in a region containing no sources, due to sources outside that region, is as if the primary sources had been replaced by a distribution of "secondary" sources on the boundary surface of that region. And the secondary sources turn out to have a directionality that suppresses "backward secondary waves". I have tried to show this from first principles in "Exact derivation of Kirchhoff's integral theorem and diffraction formula using high-school math".

But, whatever the directionality of the secondary sources may be, a path with backward segments can't be a ray, because some variations of such a path give first-order variations in the path length (in defiance of Fermat's principle), hence destructive interference between neighboring paths — which seems to be the premise of your question.

Not the answer you're looking for? Browse other questions tagged waves electromagnetic-radiation interference diffraction huygens-principle or ask your own question.

17
How does Huygens Principle incorporate the unidirectional property of a traveling wave?
6
Why doesn't a backward wave exist?