What part of the Milky Way do we see?

I have seen several pictures depicting our galaxy, but I would like to clarify the following: 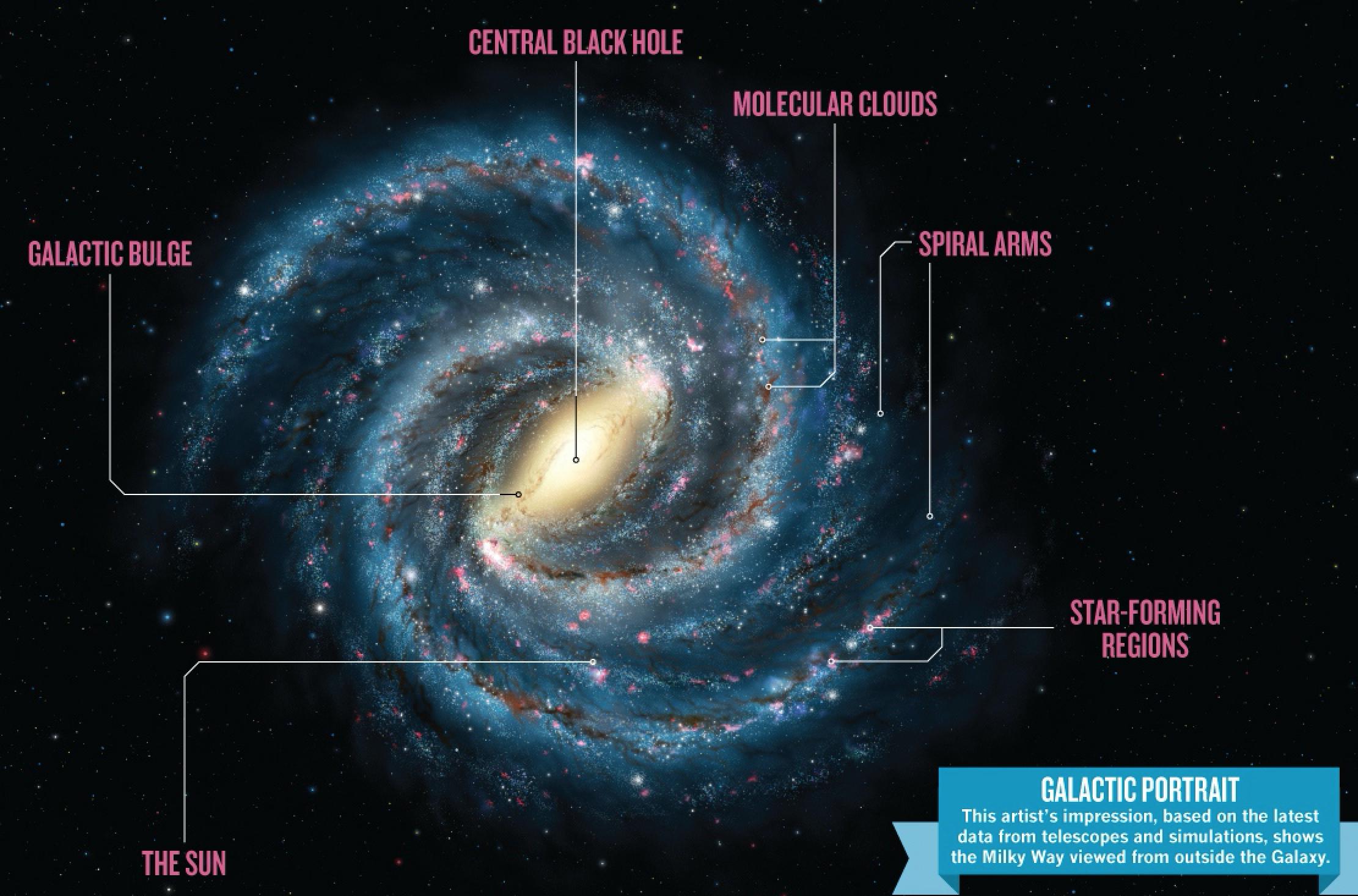 I would appreciate if you include websites or scientific literature for further reading.

The first picture is a view of the center of the galaxy, as observed from Earth. There's quite a lot of dust in between it and Earth, so on many wavelengths (including visible light), we can't see much.

The first picture is actually only part of a larger picture, including the Paranal Observatory:

The galactic enter corresponds to the big, bright bulge in the second picture. This holds Sagittarius A*, a radio source within the region Sagittarius A that is thought to be a supermassive black hole.

The Milky Way is a spiral galaxy (specifically, a barred spiral). It has four arms, although the discovery of the "New Outer Arm" has cast doubt on whether or not there may be a fifth.

We're in the plane of the Milky Way, so we can't view it face-on and see its spiral structure in the same way we can view other galaxies. That's why photos of it - your second image is an artist's impression, not a photo - are typically bar-shaped. However, using a fish-eye lens can cause it to appear quite curved, as in this photograph, also from Paranal:

As a final note, I must add that I'm somewhat confused by the use of "bulge" in the second picture. In this context, "bulge" refers to the central group of stars in the galaxy. The leader in the second picture, however, appears to be pointing to the end of one of the spiral arms, which is inaccurate.

To answer your first question. No, we cannot easily see the Galactic bulge with the naked eye from Earth. The reason is dust extinction, which limits our view to around a few thousand light years or less when looking in the plane of the Galaxy, which is considerably closer than the Galactic centre.

When we look out of the Galactic plane, there is less dust and we can see further. With the eye of faith you might convince yourself that the Milky Way does look "thicker" in the direction of the Galactic centre, and this probably is due to the increased "scale height" of the nearest bulge stars to us.

I don't understand your second question. The Milky Way Galaxy is a disc with a central bulge. If you are talking about its appearance in the sky, well it is a roughly circular band around the entire sky, with patchiness caused by the aforementioned dust.

What we see in the photo is within a spiral: hydrogen black clouds and relatively dense areas of stars more or less hidden, + some Halpha regions (faint red-pink nebulas). I would say that the most luminous place corresponds to the borders of the bulge region.

About the shape, it's the same problem with all panoramic photograph: you might chose different alignement, straight or in curve, depending what distortion you want to minimize.

Some serious links about what our galaxy looks like (real arms, recently found bar, etc):

Not the answer you're looking for? Browse other questions tagged galaxies milky-way or ask your own question.