Can the surface charge density be negative somewhere on the inner surface of a spherical conductor shell?

The following diagram illustrates this: 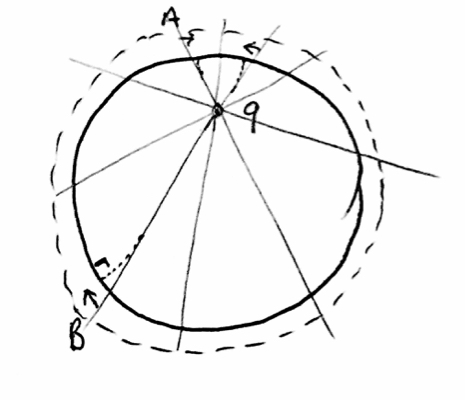 I drew the field lines inside the sphere as straight lines initially, then attempted to show how they have to bend in order to meet the conductor surface at right angles. The only way I can think of bending the field lines at B is to have a charge of the same polarity as q on the surface. There can be no net field on the dotted surface (inside the conducting shell).

So getting down to brass tacks: "can there be a region where the surface charge is positive" (assuming that $q$ is positive)?

This is a question being asked on this site - and I reproduce the diagram given (for the correct answer): 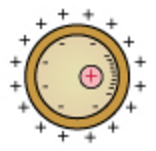 The reasoning follows from the two hints supplied:

The field inside the conductor must be zero. The charge inside the shell is off-center, and hence the charge on the inner surface of the shell will arrange itself asymmetrically to cancel the field of the large positive charge. 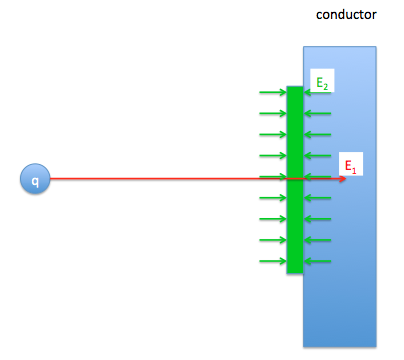