The question asks what the angular acceleration of an uniform disc of radius $R$ rotating about an axis passing through its edge if it is released from rest with its center of mass at the same height as the axis.

Like this, with the red dot being the axis and yellow dot being center of mass: 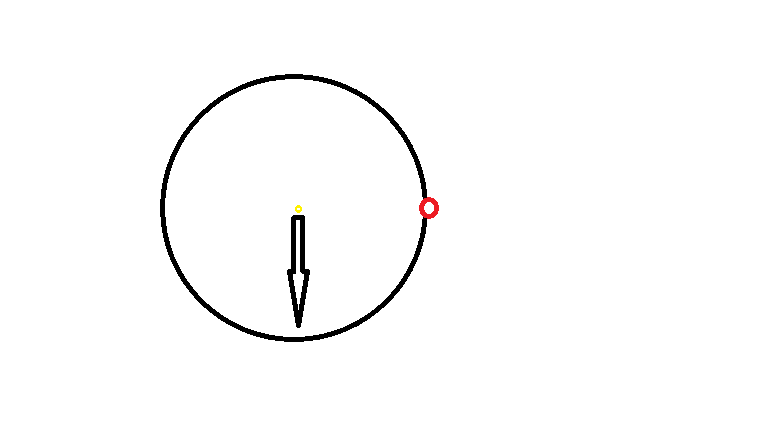 Why aren't these two answers equivalent? What am I missing?

The issue here is that there is a force acting on the axle to counter act gravity on that part of the disk, so not all parts of the disk will be accelerating uniformly at $9.81 \text{ m/s}^2$. Note also that this force acts at the axis of rotation, and therefore doesn't contribute to the torque. That is why you don't need to consider it when calculating the angular acceleration at the center of the disk.

Not the answer you're looking for? Browse other questions tagged homework-and-exercises acceleration rotation angular-velocity moment or ask your own question.