Charges on capacitor after full charge by battery

When the charging is finished what will be the charge on an ideal parallel plate capacitor ? To be specific what are the charges on different faces of the 2 plates ? 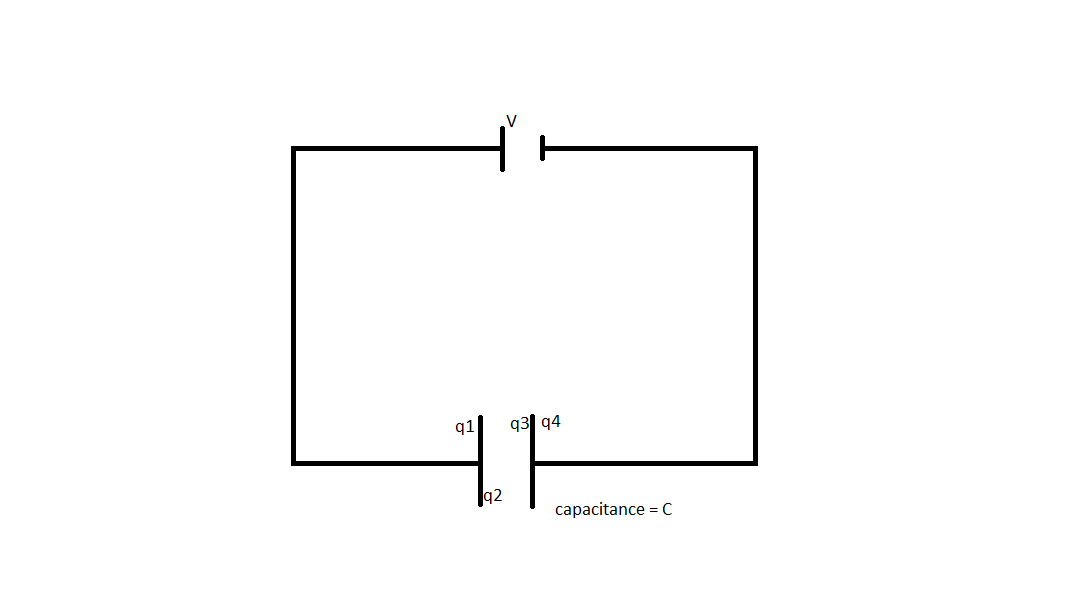 But as far as I think the net charge on the capacitor is 0. So what do we actually mean when we say that the capacitor is having a charge $Q$. I mean, what would the charges on the plates be and most importantly why ?

A Brief explanation on how these charges are coming up on these plates will be highly appreciated. Also, I have searched for it in not only books but also Wikipedia and some SE related sites like Hyperphysics etc. But whatever information I have gained is confusing me as I find some answers contradicting. This is my last attempt to understand the concept.

By capacitor charge is meant the absolute value of the charge on each capacitor plate: $ \mid Q \mid$. If the battery generates the potential difference $V$ and you connect the capacitor to the battery through a conducting wire, as shown in your picture, once the equilibrium is reached each plate of the capacitor will have a charge $ Q = CV $, where $C$ is the capacitor capacitance.

So as you said the net charge on the system will be zero. The charging process can happen because the battery keeps a constant potential and thus an electric field in the conducting materials (wire and capacitor plate). 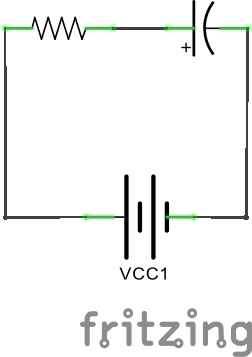 As time is increasing current starts decreasing until at $t = \infty $ the current in the circuit becomes 0 and at this time $t = \infty $ the capacitor gets 100% charged. But in reality t never reaches $\infty $ and thus, at the limit point(from calculus) the charge never goes |Q| exactly but it certainly remains closest to |Q|, $\forall $ (t$ \le \infty $). By |Q| I mean charge on the single plate of the capacitor.

Drawing parallelism with the diagram in question, suppose the dielectric slab completely fills the spaces between plates a charge ${q_1}$=+Q is given to the positive plate and ${q_4}$=-Q to the negative plate of the capacitor. The electric field polarizes the dielectric so that the induced charges ${q_2} = - {Q_p}$ and ${q_3} = + {Q_p}$ appear on the faces of the slab. 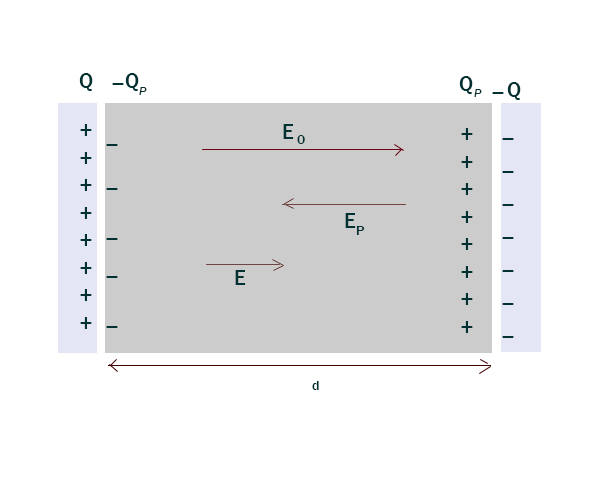 Not the answer you're looking for? Browse other questions tagged electrostatics electricity charge capacitance or ask your own question.