are mathematically symmetric in the sense that (like $i$ and $-i$) they can be universally exchanged with each other in several ways without altering any mathematical result. However, the visual forms for these three matrices are unexpectedly diverse (e.g., only $\sigma_2$ uses $i$ and $-i$). My understanding of physics history is that Pauli (and also Dirac) developed his matrices by trial and error, rather than by applying any specific theory.

Does a deeper theoretical explanation exist for why these very different visual representations of spin are nonetheless interchangeable in multiple ways?

As Qmechanic states: Most calculations in modern physics do not actually depend on the explicit realization of the Pauli matrices. At the end the physical quantities depend on the bilinear functions like the vector and axial currents.

However, it's entirely possible to transform the standard Pauli matrix representation into a spatially symmetric and entirely real valued representation that produces the exact same physics but is much easier to interpret as the complex asymmetric representation.

This representation uses 4x4 real valued matrices instead of 2x2 complex ones and the slightly larger group structure of $SO(4)\cong Spin(3)\otimes Spin(3)$ allows us to make the representation symmetric in the x, y and z-coordinates. 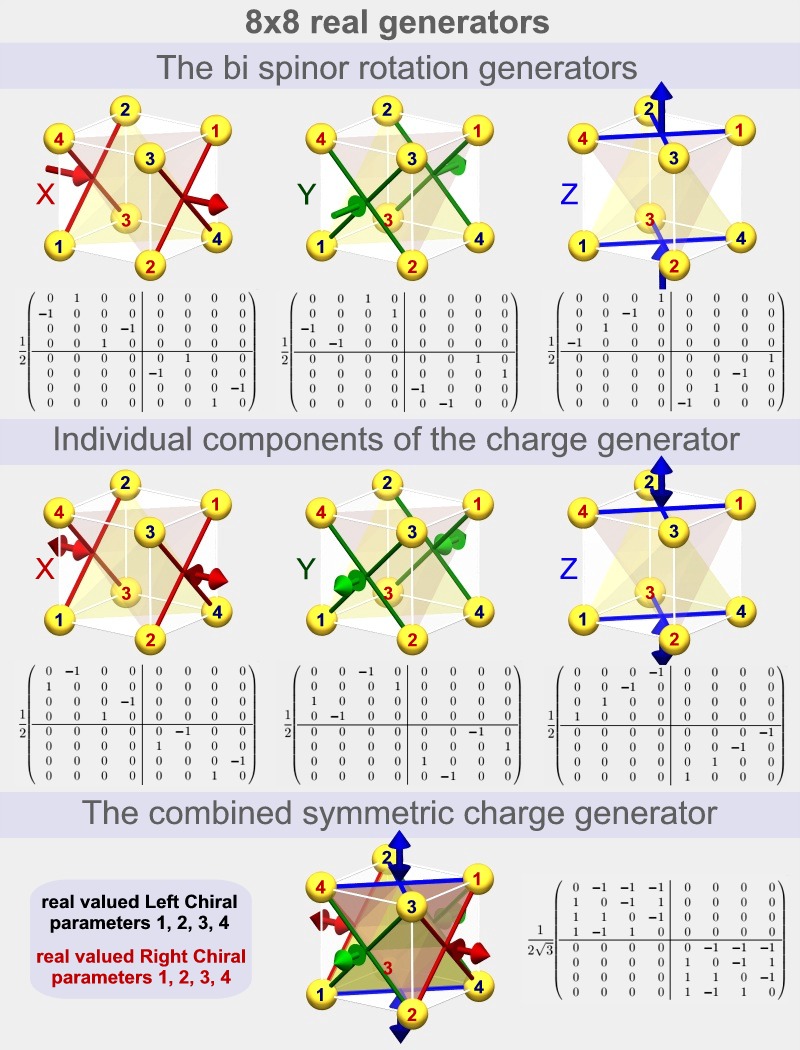 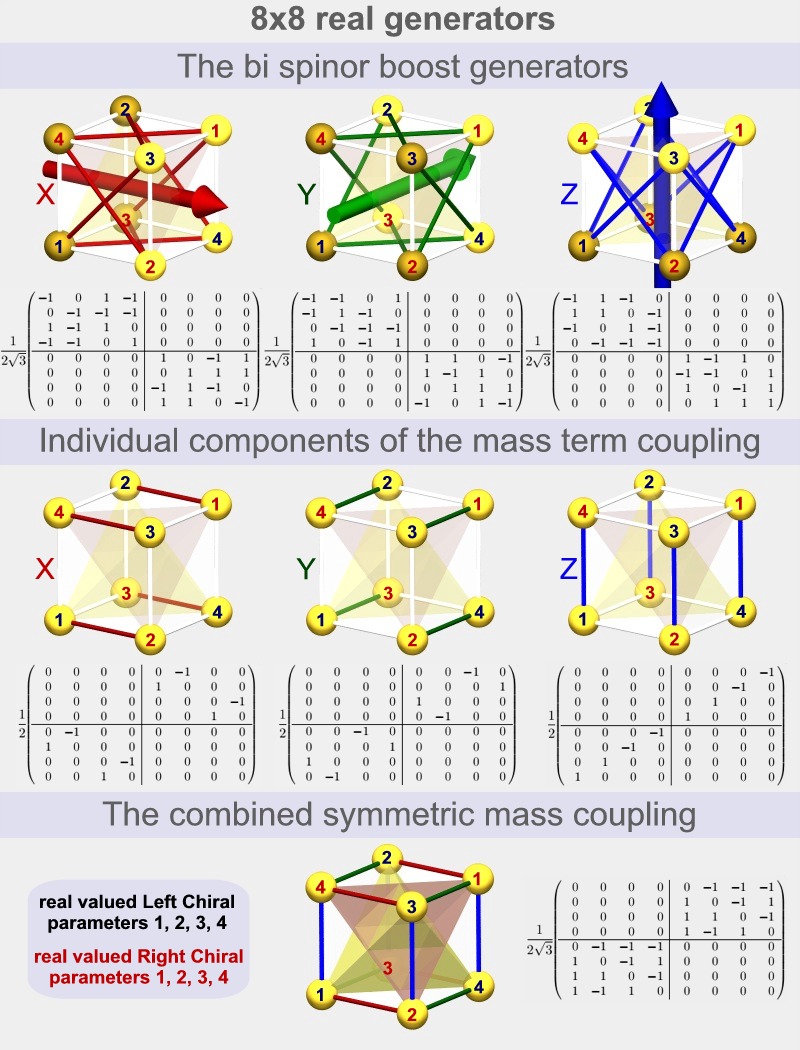 For the detailed meaning of this all you can have a look here:

The real symmetric representation of the Dirac equation

One answer is that most calculations in modern physics do not actually depend on the explicit realization of the Pauli matrices $\sigma_a$, $a=1,2,3$, but rather on the relations

You might also look at the geometric algebra presentation of the Pauli spin matrices given in the paper "Imaginary Numbers are not Real-the Geometric Algebra of Spacetime" by Gull, Lasenby, and Doran (pg. 8).

(this should be a comment to the answer, but I don't have any rep points)

You can also follow up on some other good links in Norm Cimon's comment to MathOverflow Q22247.

Not the answer you're looking for? Browse other questions tagged angular-momentum quantum-spin symmetry group-representations lie-algebra or ask your own question.