Does the frequency of photons decrease at outer radii of a helical mode?

A helical mode is a mode of the electromagnetic field in which the wavefront is characterized by one or more helixes. Along the direction of travel, at the center, lies an "optical vortex." The number of helixes is an integer that gives the "topological charge," and it can be $\pm1, \pm2, \pm3,$ etc. As a wavefront passes through one wavelength $\lambda$, the helixes sweep through an angle of $2\pi$.

The accepted answer to a recent question about the path that photons follow in an such a mode was that they follow a straight line, but there is a delay in the phase that depends upon position. Assuming this answer is correct (which I don't), does it imply that photons at outer radii of the wavefront have lower frequencies, so that the phases of the photons at different radii will remain aligned along the line that a given helix sweeps out? Does this mean that a helical mode is not possible for monoenergetic photons?

The idea that photons only travel in straight lines at best oversimplifies things, and at worst (such as in this case) is just plain wrong.

Photons are the quanta or excitations of an electromagnetic field, so any concepts you may know from classical EM theory about field solutions also applies to the possible modes a single photon can be in. The only type of mode where a photon is truly going in a straight line is an infinite plane wave (which was a definite wavevector $\mathbf k$ and thus momentum $\mathbf{p = \hbar k}$). If a photon is in any other field configuration, then it is in a coherent superposition of momentum states and thus in general is in a coherent superposition of going in multiple directions at once. Even a typical (Gaussian) laser beam which seems to go in a straight line will have some spreading or diffraction which is due to not being an infinite plane-wave (e.g. the beam is partially localized and so obeys an uncertainty relation between the cross-sectional beam size and the transverse wavevector/momentum).

If you have a simple enough field (i.e. one that is smooth and doesn't change too much on the scale of the wavelength), then at every point in the field you can define a local wavevector or ray (note that this is an approximation similar to the ray optics of geometrical optics). Now the reason for the change in phase in a cross-section of the beam can be understood in a purely geometric way. As shown in the image below, if you have two points initially in phase but with local wavevectors or rays pointing in slightly different directions, then after some propagation, the transverse cross-section of the beam along the optical axis will have accumulated different phases at different points in the beam, which is what is shown schematically in the image below. So at the outer ring of an OAM beam the field does not contain light of a different wavelength (or frequency), but due to this obliquity factor of the local wavevectors, there is a difference in the wavelength projected on the average/propagation axis. 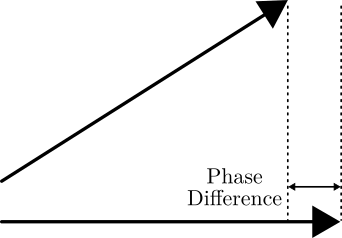 Now as for what the mode looks like, if you have an OAM beam with a cross-section that looks like the image below e.g. an LG_30 mode at center of beam (brightness represents amplitude and color represents phase). 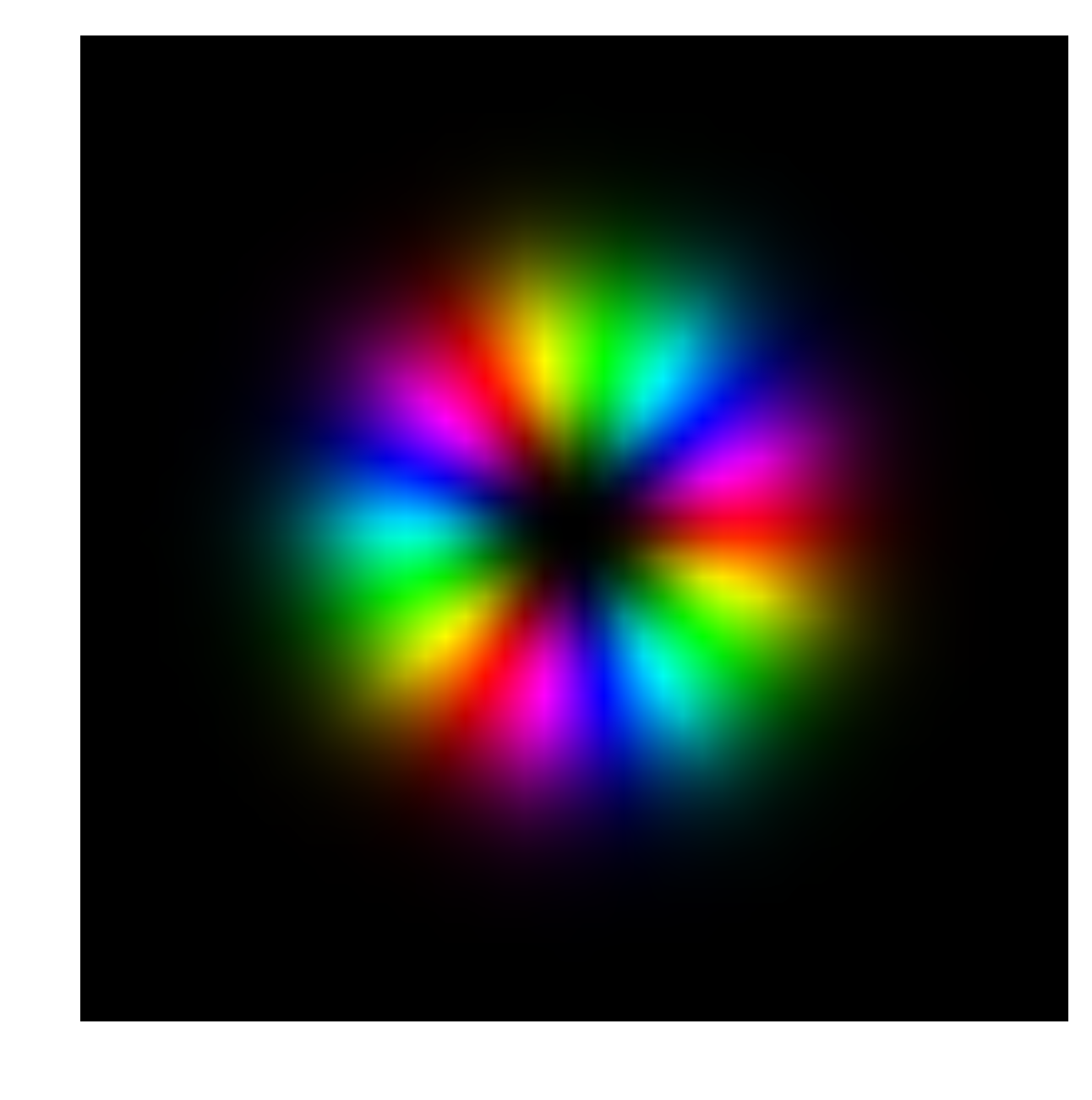 After propagation the beam will grow in size, but also the phase will become twisted due to an accumulation of a quadratic phase e.g. for an LG beam this is given by $exp(-ikr^2/R(z))$. This looks like the image below 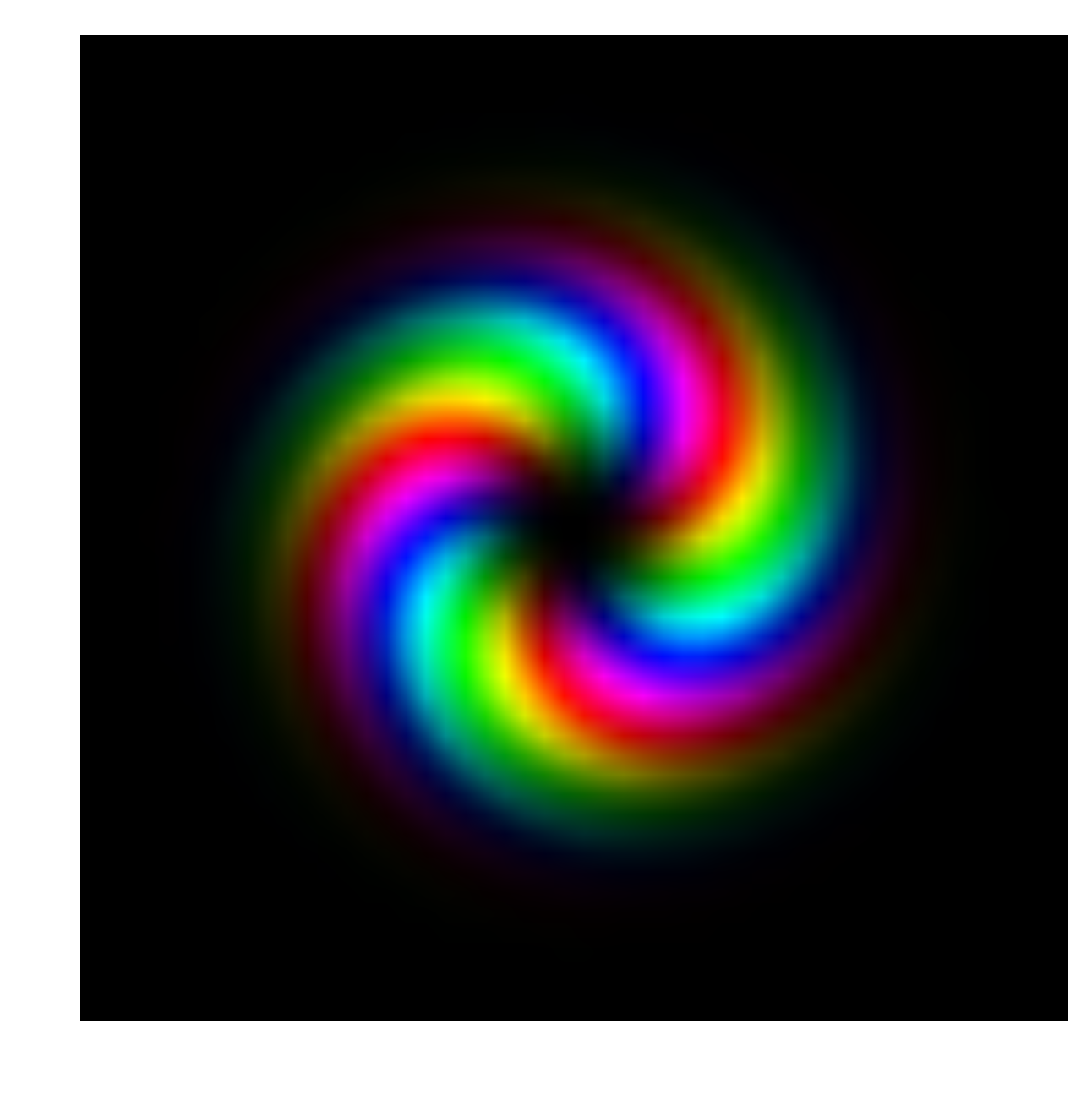 Not the answer you're looking for? Browse other questions tagged electromagnetism photons or ask your own question.

2
does photon travels in a helical path in an optical vortex?

3
Frequency and wavelength of photons
2
Questions About The Delayed Choice Quantum Eraser Experiment
2
How do photons travel and what does the frequency of a photon mean?
0
Dose attenuation decrease frequency
2
Frequency Chirp, Instantaneous Frequency and Photons
2
Why the Dielectric strength decrease with the frequency?
1
Does amplitude modulation change a photon's frequency or the number of photons?
2
Purcell enhancement at an angle: Direction of charge oscillation