What is the curve that describes the Daytime line in a Day and Night World Map?

The shape of the day and night areas are different at the different days of the year. 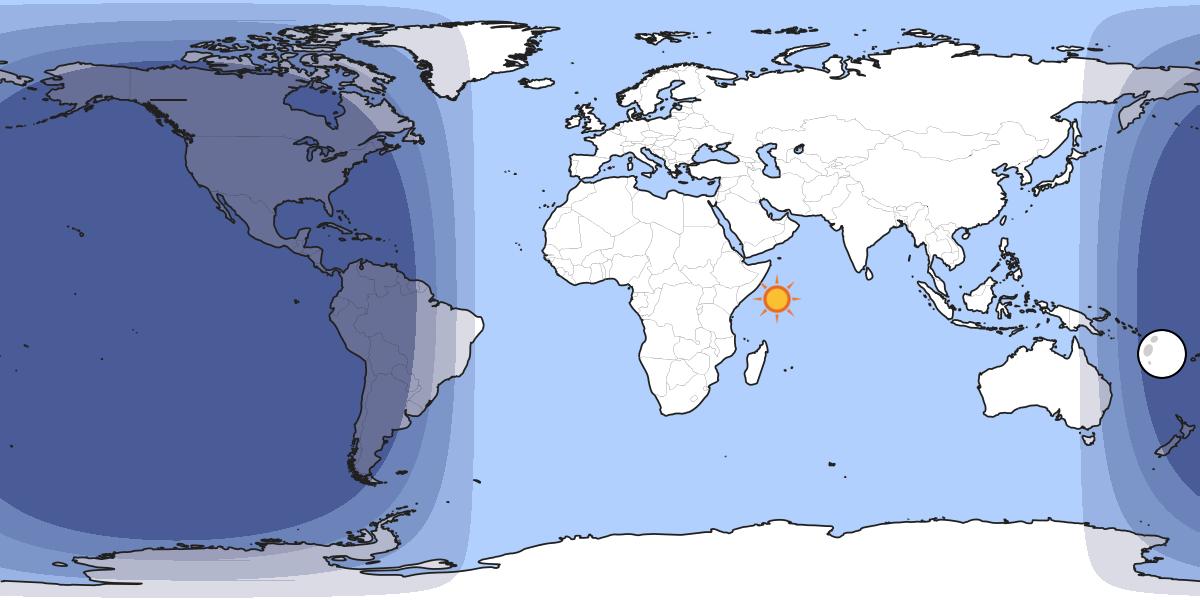 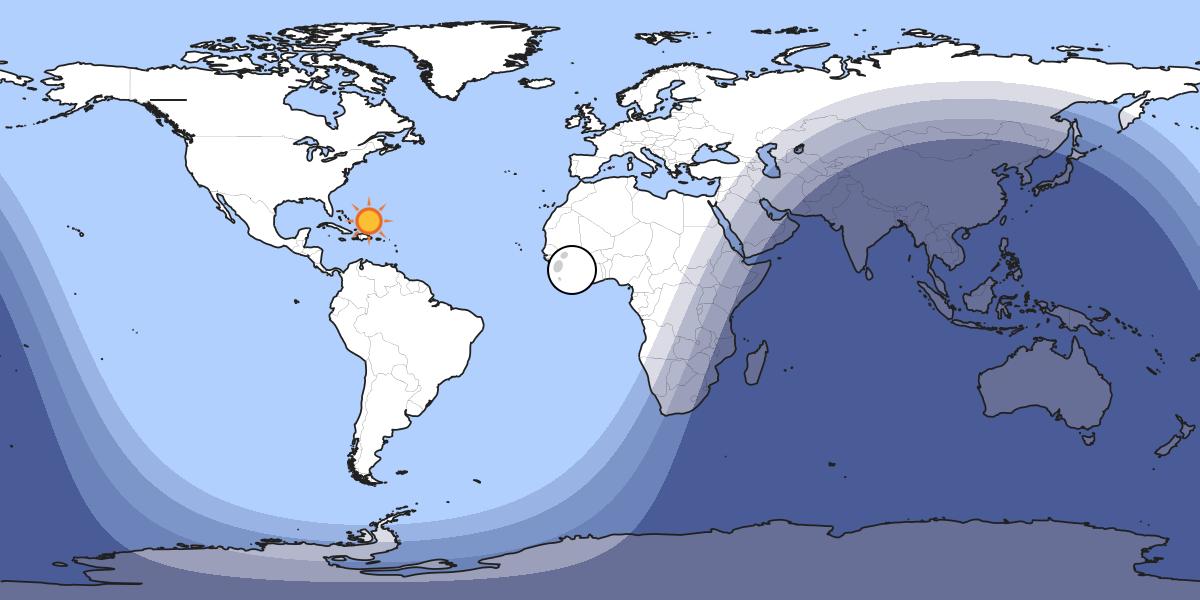 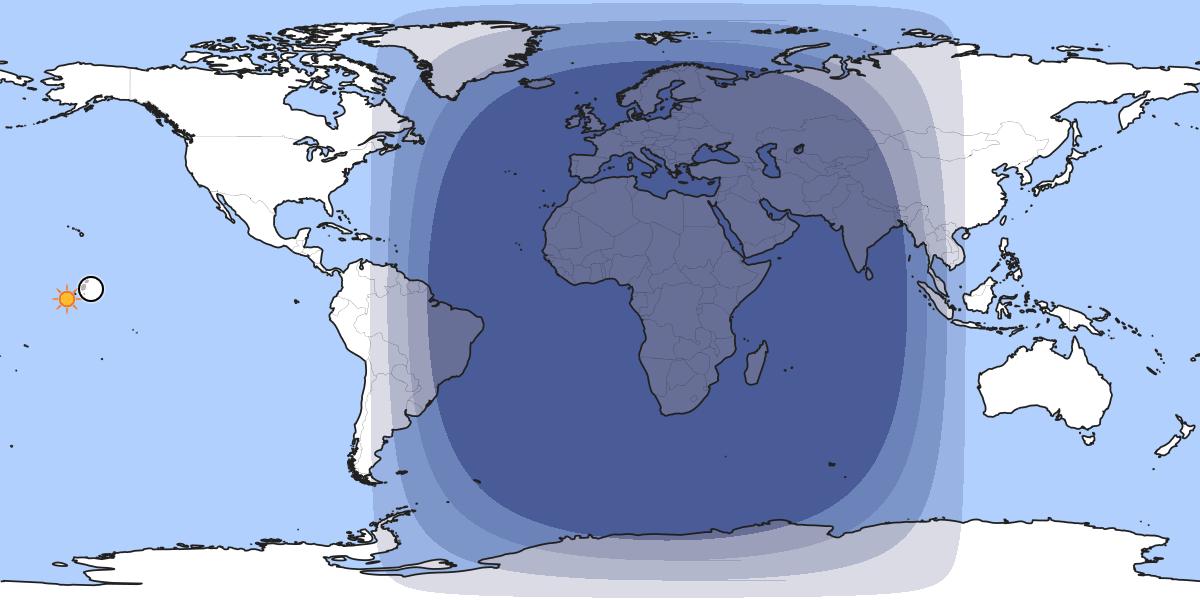 I believe that this has to do with the Earth's axial tilt with respect to the Ecliptic plane.

How is the calculation of the shape of the areas in a Day and Night World Map done?

What is the curve that describes the Daytime line in a Day and Night World Map?

I suspect it has to do with the projection of a great circle on an Equirectangular projection of the world map... but I would like to know if this is correct or not.

Absent a small amount of distortion from the oblateness of the Earth, yes: it is a great circle. To generate the corresponding curve on a flat map, you have to use the map's projection rules to project the coordinates of the circle's circumference onto the map. That completely depends on the projection rules for the specific map you're using.

Not the answer you're looking for? Browse other questions tagged classical-mechanics astronomy astrophysics or ask your own question.

3
How do the day/night temperature variations of moons compare to those of their planets?
21
Do all the individual stars that we can see in the night sky belong to Milky Way?
5
How to determine day/night based on latitude, longitude and a date/time?
4
What day/night cycles, climate and seasons would experience Alpha Centauri Bb inhabitants?
8
Parallax, obliquity, precession, and Orion?
5
Why is there a line in the middle of the Planck full sky map?
21
Can the average length of the day and night of a planet be different?
3
Are night and day lengths over a year equal everywhere on earth?