Is this circuit a series or parallel circuit?

I saw a definition of a parallel circuit as a circuit with more than one path for current to flow. Is that the definition that's accepted? It seems like a good definition to me, but does that mean this circuit: 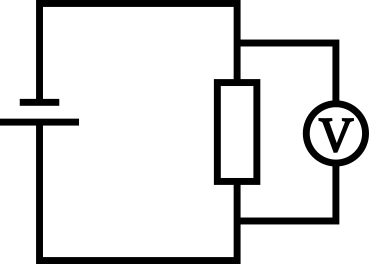 is series because the current doesn't flow through the voltmeter (in theory)?

The definition is quite good because this circuit: 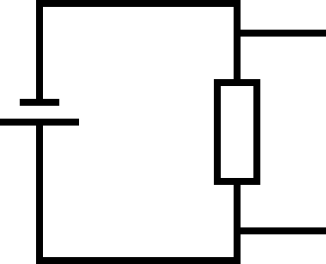 Assuming that you are asking about the first circuit without the voltmeter is Series or Parallel -- it can actually fit both definitions. With only two elements in a circuit like that, you cannot distinguish between parallel and series.

About voltmeters. Almost all (maybe all) DVM meters today are high impedance for measuring voltage. High may mean a million or multiple million ohms. My Fluke Model 189 DVM has a voltage measure impedance of 10 megohms. If the branch impedance of the element you are measuring with such DVMs is much smaller than the DVM impedance then the current flow through the meter is negligible.

Back before DVMs, the typical high impedance meter used was the VTVM or Vacuum Tube Volt Meter which is essentially a vacuum tube version of the solid state used in today's DVM.

But, other meters, such as a Triplett Analog meter back in the 1960s had an impedance measured as 20,000 ohms per volt. This told you the amount of current that was flowing through the meter of the circuit you measured and from this you could calculate the error caused by the meter's placement measuring the voltage. Cheap (back in that day) analog meters would have a impedance as low as 5000 ohms per volt (or, maybe smaller).

A circuit can't always be classified as series or parallel. The concept simply does not apply in general. In the first circuit, it can be said that voltmeter is parallel to the load.

Not the answer you're looking for? Browse other questions tagged electric-circuits electrical-resistance definition or ask your own question.

-1
Does this image show a series or parallel circuit?