Confusion in distinguishing between scalars and vectors 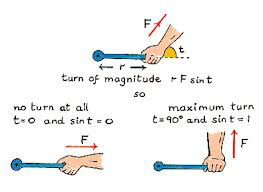 Torque is an example of cross product of two vectors. But in that example length of the spanner is taken as one vector. But length ,distances are all scalars. How can we take it as vector ,it has no direction at all. Please explain this ,or if I'm wrong about vectors then correct me Please 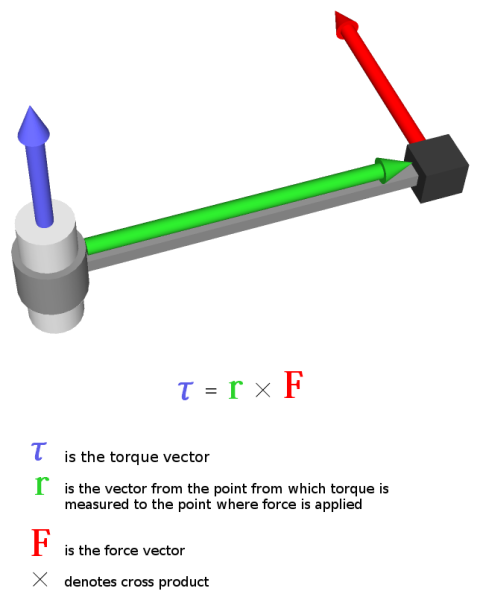 On the picture you shown $\vec{r}$ is just a bit not correctly defined, you can see it on the first picture as $\leftarrow r \rightarrow$. So it should be (I suppose) a vector from beginning of the spanner (black dot on the left) to the place where the hand is holding the spanner.

I think this can be best understood by an example.
The distance between two cities is a scalar quantity, say 500 km. If you want to know how much gas you are going to burn when you drive from one city to other, the distance is the thing you want to know.
However position of a city with respect to another one (or with respect to any point in space) is a vector, say 500 km to north-west. It is not enough to know what is the distance between two cities if you want to drive from one to the other. You need to know which direction you should drive to.
Just like speed (scalar) and velocity (vector).
One can define velocity vector as the time derivative of the position vector. $$ \overrightarrow{v}=\frac{d\overrightarrow{x}}{dt} $$

The length or distance is actually the relative position vector taken from some fixed reference point. That reference point in your example is most conveniently taken to be the center of the bolt.

Specifying distance is not enough. You need also the angle between the applied force and the position vector. Distance alone does not give you what you need to specify that angle.

Not the answer you're looking for? Browse other questions tagged homework-and-exercises vectors or ask your own question.

0
Why or how is cross product used?
0
Direction of the torque
3
Heuristic explanation of the difference between vectors and scalars in physics
1
Definition of Position Vectors
1
Why is torque equivalent to $xF_y-yF_x $?
13
Neither a vector, nor a scalar
0
What does it mean to find the component of 2 vectors in the direction of another vector?