Turbulent and smooth flow of water from a tap

When water flows normally from a tap, we can say it is turbulent ( Pic 1 ). But when we attach a piece of cloth to the opening of tap, water flow becomes smooth ( Pic 2 ). We can say that by touching the water flow ( it is soothing ). Pic 3 and Pic 4 depicts a closer view of the turbulent and smooth flow of water. Why does attaching of a cloth makes the water flow smooth? 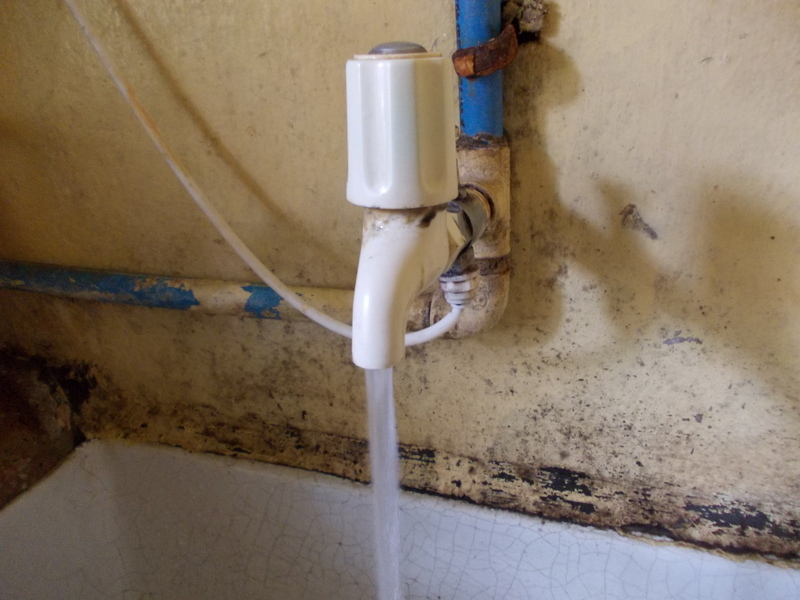 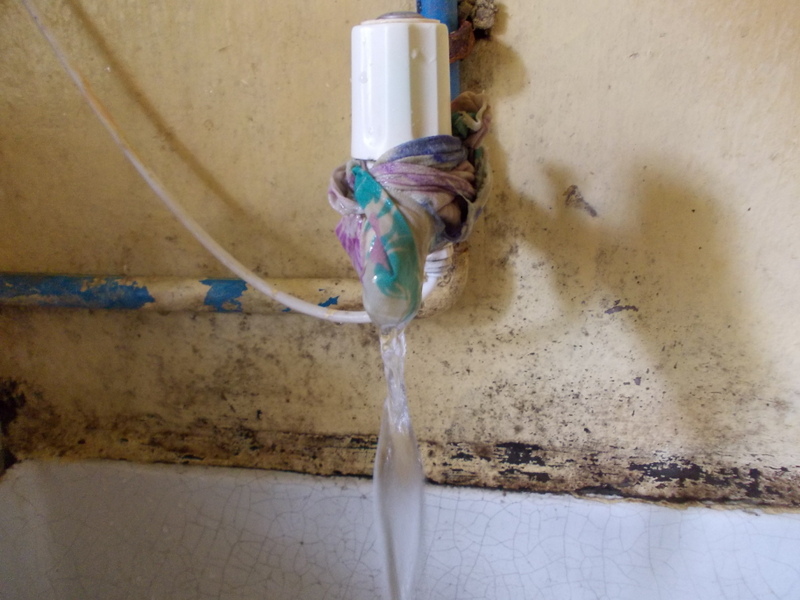 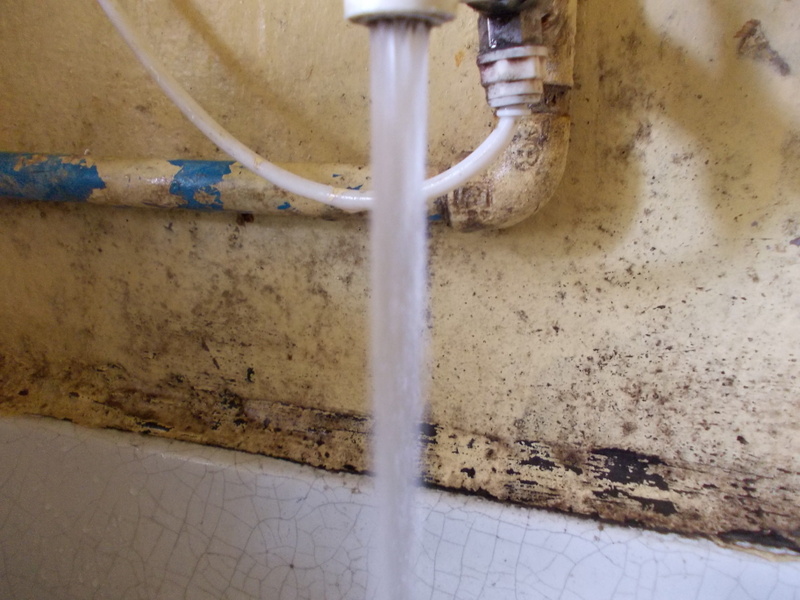 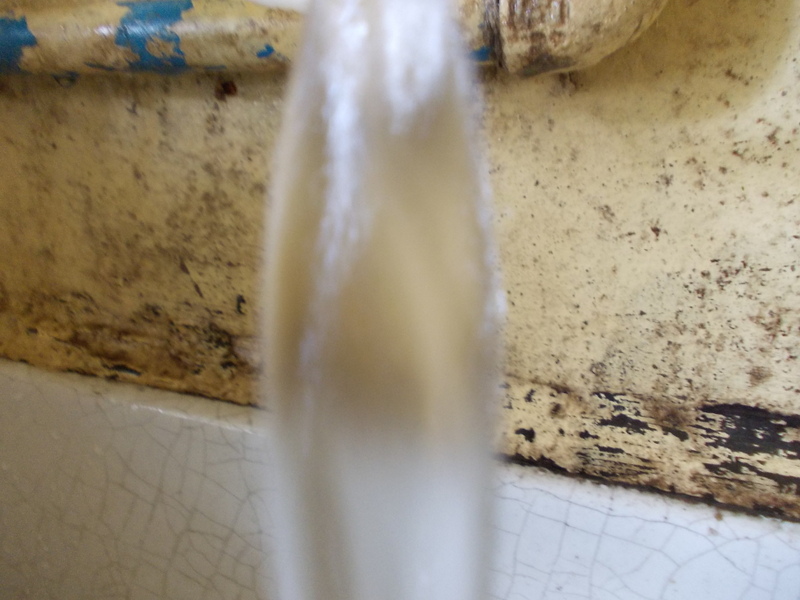 It is by no means certain that when you open the tap the flow is automatically turbulent (although going by your top picture it appears to be). Open the tap just a little to allow a continuous stream of water to exit and you'll see the flow is not turbulent but so-called laminar.

Whether flow through a pipe (and by extension when it leaves that pipe) is turbulent or not depends on the dimensionless Reynolds number:

Where $v$ is the flow speed, $D$ the diameter of the pipe and $\nu$ the kinematic viscosity of the fluid.

At low $Re$ numbers (roughly lower than $\text{2000}$), viscous drag forces dominate and the flow is laminar (non-turbulent).

At high $Re$ numbers (roughly higher than $\text{2400}$), inertial inertial forces dominate, which tend to produce chaotic eddies, vortices and other flow instabilities and flow is turbulent.

I believe what is happening in your experiment is that by attaching a piece of cloth to the tap, you are slightly restricting flow, thereby reducing flow speed $v$ and reducing the Reynolds number, so that $Re < \text{2000}$ and flow becomes laminar, or at least less turbulent.

Certainly anything you make the water flow through, whether it's an added piece of pipe, a bend or a piece of cloth presents a resistance to flow and all other things being equal will result in reduced flow speed.

While I am certain that the answers above are perfectly accurate and nearly complete, I have a theory.

When the water comes out of the pipe, it has both laminar and chaotic flow properties. Certainly, at least some of the water will be laminar. What makes it turbulent is the water that is not following the straight path.

By attaching a flexible piece of cloth to the outside of the flow, where the chaotic water particles are obvious, you catch and absorb their kinetic energy by the sock. The water that hits the sock has a sudden change in momentum where only the vectors parallel to the laminar flows remain, thereby pushing the water in the direction you want without all of the turbulence.

My reasoning: If you put the cloth in the center of the flow where the predominately laminar particles are flowing, it will cause the water to spray everywhere as the energy of the water changes momentum and can only go in non-laminar directions. This is how a spray gun is able to make the water fan out--by forcing the water around a barrier in the center. And likewise, when you open the nozzle completely, the water is impeded by the sides, but not the middle and it comes out smooth.

Not the answer you're looking for? Browse other questions tagged fluid-dynamics everyday-life surface-tension flow turbulence or ask your own question.

4
How does the pressurization in a house's water supply allow adjustable flowrates from a tap?
16
How to pour water from a bottle as fast as possible?
1
Turbulent flow and Separated flow
1
Why does water change from transparent to opaque when it comes out of a tap?
70
Why does water falling slowly from a tap bend inwards?
6
Peculiar flow of water from an aerated faucet