Does charged saltwater repel itself?

if you take a volume of saltwater, and charge it to a high voltage, will the water molecules repel each other and climb the walls of the container slightly, or does the fact that water is polar prevent that? Are there any conductive fluids that will repel themselves and climb the container walls when charged?

Edit: I guess this would be a glass container with water on the inside and a metal plating around the outside. The water would be charged to a high voltage relative to the plating.

There are a lot of neat effects when you use high voltages with water. See this video for an example. In this case, the voltage is applied across two different beakers. Watch carefully and you can see that the water does rise up the slope of the beaker with a high enough voltage. One important detail is that this water has to be very pure; ionic impurities such as in salt water would cancel the effect. This is because the ions act as mobile charges, making the water conductive. What would happen is that the mobile charges would crowd around the oppositely charged electrodes, creating an opposite voltage, and cancelling out any effect. This is the same theory as to why you get current when you put a voltage across a metal conductor.

Why does this effect occur? Across large voltages, it's believed that a larger portion of the water ionizes itself into OH- and H+. These are the charges that are providing the electrostatic attraction when the water connects. Why exactly it forms a water bridge is still somewhat mysterious. Evidently, the charges aren't completely mobile. Otherwise, after the water bridge connects once, the charges would transfer and the water bridge would break. This video provides a possible explanation to what happens.

Your question also touches on an idea called Debye screening. When you have ions dissolved in water, the surrounding polar molecules tends to effectively reduce the electric field around the ions. This image somewhat illustrates this idea. 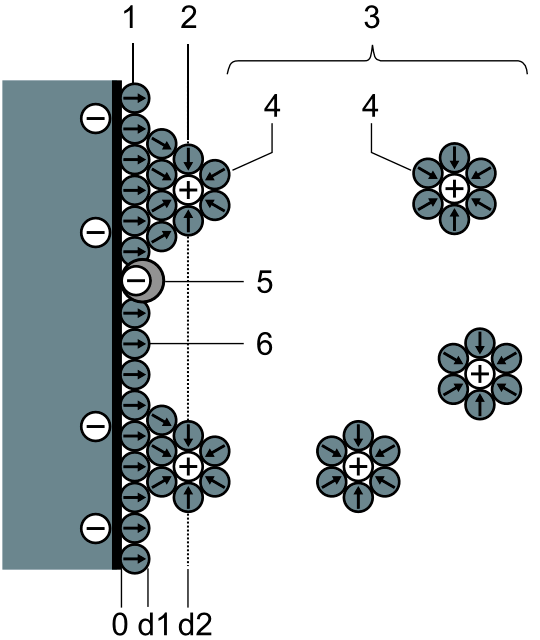 If your fluid had a net charge, rather than climbing up the walls of the container, the charged molecules would just tend to orient themselves near the outer surfaces of the fluid. The repulsive force wouldn't be strong enough to defy gravity. There are however, surface tension effects that make water drops on a surface form into beads rather than sitting flat on a surface, or climb up glass surfaces. This is an entirely different effect however, and is more an interaction between the polar water and a surface. 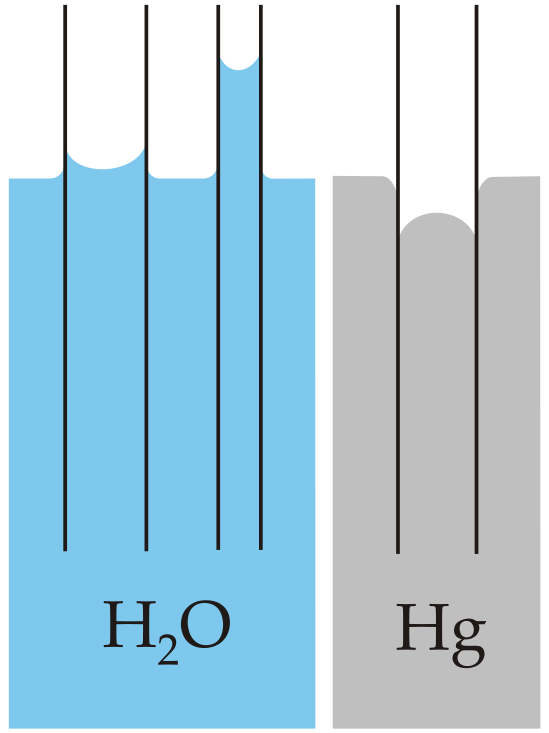 Not the answer you're looking for? Browse other questions tagged water electrochemistry or ask your own question.

9
Water under high pressure
3
Cause of sea ice freezing during an upwell event
1
Water, can it break through temperature?
7
What does really attracts a water stream to a charged object?
5
How does the movement of molecules change at the edge of a liquid?
5
How does water pressure manifest itself on the molecular level?
0
How much salt to dissolve in water for a noticeable change in volume?
1
Which is the same between two connected rooms, relative or absolute humidity?