Flux of electric field through a closed surface with no charge inside? [duplicate]

I'm reading the Feynman lectures on electromagnetism and in Vol II, Chapter 1.4 Vol. II, Chapter 1-4 he talks about the flux of the electric field and says that flux of $E$ through and closed surface is equal to the net charge inside divided by $\epsilon_0$.

I cannot see why the net flux is zero here. Say we have a closed unit sphere at the origin with no charge inside it and at the point $(2, 0, 0)$ we have some charge $q$.

Can someone please explain what I am misinterpreting here?

You have more flux per unit area going into the right side, but the area on the right side is smaller. These two balance out so that the total flux is the same going in as going out. 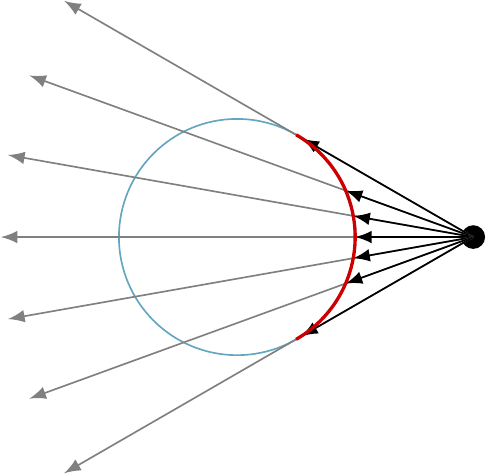 The part of the sphere which has electric flux going in, traced in red, is less than half the area of the sphere.

Incidentally, flux per unit area is just the electric field. 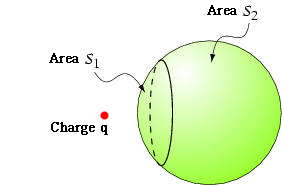 To understand this better, you might see the proof of Gauss's Law using solid angles. You'll see that the area through which the field leaves or enters is proportional to $r^2$ whereas the field itself is proportional to $\frac{1}{r^2}$ and hence, the flux leaving or entering doesn't depend on the position of the charge. (I mean, it does not depend on where it is placed inside or where it is placed outside)

Note: This picture isn't that of the sphere and charge described exactly, it's sort of flipped but that won't be a problem, I think.