I am reading the book of Lawrence Krauss "A universe out of nothing", where he explained that the vacuum is not empty. It is a boiling brew of virtual particles that come out of their existence. And they can create a universe, even space.

But virtual particles are inner lines in a feynman-diagram. They converge in a vertex and so on. They are off-Shell.

I am a layman and I cannot grasp clearly about this stuff.

My essay Misconceptions about Virtual Particles explains in detail the difference between the popular science view of virtual particles popping in and out of existence and the physical science view of virtual particles as useful (but literally virtual) imagery for talking about complicated integrals for the computation of scattering amplitudes. From the introduction:

The only way the usual dynamical language for virtual particles is justified by the theory is as purely figurative analogy in ”virtual reality”, useful for informal talk about complicated formulas and for superficial summaries in lectures capturing the imagination of the audience.

This has to be kept in mind when reading in professional scientific publications statements involving virtual particles. Otherwise many statements become completely misleading, inviting a magical view of microphysics and weird speculation, without the slightest support in theory or experiment.

As an experimentalist I know that there exist elementary particles, particles that we measure with our detectors and are similar to macroscopic particles ( billiard ball like) sometimes , and sometimes show a statistical behavior that has sinusoidal/wave-like probability density distributions ( i.e. when measuring many of them in the same boundary conditions the distributions of their spatial behavior show wave like interferences) .

Here is a link which shows bubble chamber photos of the tracks ofelementary particles .

A large accumulation of measurements allowed the formulation of Quantum mechanics ( in contrast to classical mechanics) and the development of mathematical models that can describe the scattering and decay behaviors of elementary particles and be able to predict new ones. These models depend on expansions in series and integrals over functions in a convoluted manner, and were simplified with the iconal representations of Feynman diagrams. There is a one to one correspondence between a Feynman diagram amd a term in the sum to get the crossection etc. 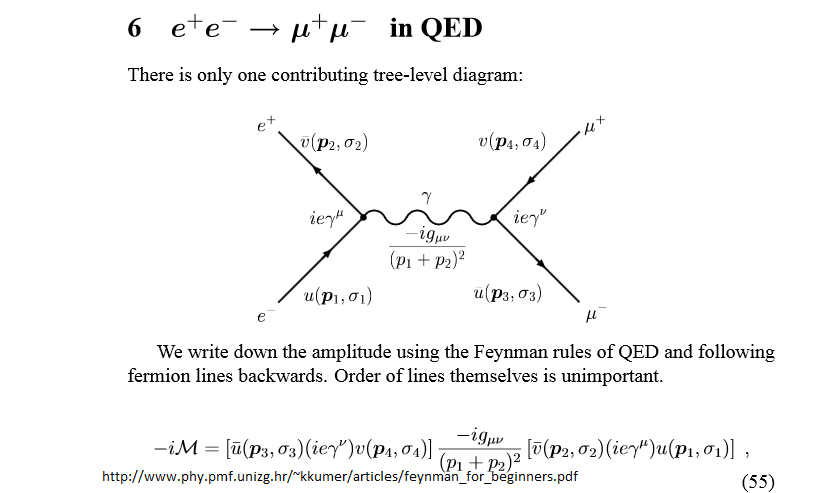 An example of the scattering of e+e- going to a mu+ mu- Feynman diagram shows the real particles measurable in a detector as incoming and outgoing lines, and a virtual photon exchanging energy and momentum and quantum numbers . It is virtual because an integrations is implied over the variables so though it has the photon quantum numbers its mass is not zero nor fixed because it plays within the limits of integration. There are many higher order with many more exchanges diagrams, but this is the tree level with the higher coefficient in the perturbative expansion.

Thus the word "virtual" implies "integration within limits" , and contrasted with "real" where the particle has a fixed unchanged mass and can be measured in the detectors.

Now field theory has developed in a one to one correspondence with the Feynman diagram representations, where all of space has operators called creation and annihilation operators representing the fields. It is a mathematically satisfying representation for most theoretically inclined physicists but the ground on which field theory is validated is the Feynman diagram integrations bounded by the wavefunctions of a specific quantum mechanical equation ( Schrodinger, Klein Gordon, Dirac).

On the simple Feynman representation one can understand the vacuum as arising from the Heisenberg uncertainty condition . Within the integration bounds of Heisenberg uncertainty virtual particle antiparticle pairs can exist, but it means that they are not real, i.e. not on mass shell, because the vacuum has very little energy available and energy is needed to materialize them into real. That this is true comes from higher order calculations than the example above, where the contribution to crossections etc of these possible virtual particles is measurable.

In a blog post Lubos Motl is discussing the vacuum, starting with the history, and asking :" is the vacuum empty and boring?" emphasizing conservation laws and concluding :

Questions about values of local fields may produce uncertain and fluctuating answers in quantum field theory (these predictions only become physical if you actually measure these observables: you may never assume that particular preferred values "objectively exist" without any measurement). But if you are an observer who cares about the total energy or the total momentum (or the total angular momentum etc.) of the vacuum, the situation is very different. Quantum field theory unambiguously says (and there is no contradiction with the previous sentence) that the vacuum is empty and boring, after all.

It depends on the particular observation, and observation means energy exchanges and Feynman diagrams.

Depending on the experiment , yes, there will be measurable effects of virtual particles in the vacuum. For example the Hawking radiation where the energy for getting one on shell is provided by the gravitational field of the black hole.

Creating a universe is not within the present day knowledge of physics. It may be a hypothesis within General Relativity where energy conservation is sometimes moot.

Extrapolating in the case where energy is not a conserved quantity and hoping his proposal is right.

if you are an observer who cares about the total energy or the total momentum (or the total angular momentum etc.) of the vacuum, the situation is very different. Quantum field theory unambiguously says (and there is no contradiction with the previous sentence) that the vacuum is empty and boring, after all.

Energy has to be provided by interactions for the vacuum to be populated.

I am reading the book of Lawrence Krauss "A universe out of nothing", where he explained that the vacuum is not empty. It is a boiling brew of virtual particles that come out of their existence. And they can create a universe, even space.

I'm afraid this is a popscience book, it's rather speculative and "provocative".

But virtual particles are inner lines in a Feynman-diagram. They converge in a vertex and so on. They are off-Shell.

That's right. Virtual particles are virtual. They aren't short-lived real particles that pop in and out of existence spontaneously, like worms from mud. They aren't the same thing as vacuum fluctuations. They're field quanta. It's like you divide the electrons's electromagnetic field into little abstract chunks, and say each one is a virtual particle. Then when the electron and the proton form a hydrogen atom, they "exchange field" such that the hydrogen atom doesn't have much of a field left. But they aren't actually magicking up photons and tossing them back and forth. Hydrogen atoms don't twinkle.

I am a layman and I cannot grasp clearly about this stuff. My question are: Is the vacuum empty or is it not?

No. Space is not nothing. And vacuum fluctuations are real, they're the electromagnetic equivalent of the little ripples on the surface of the sea. But space is not some seething mass of particles like electrons and positrons or protons and antiprotons or photons or neutrinos being created and destroyed.

Are there particles in the vacuum and can they create a universe?

But when virtual particles are just a mathematical "trick" to calculate something, what does Lawrence Krauss mean?

I don't know offhand. Can you quote a particular paragraph? Until then, IMHO he's confusing virtual particles with vacuum fluctuations and making unsupported claims intended to raise his profile and sell his book. NB: anna said energy conservation is sometimes moot, but I don't agree with that. I know of no situation where energy is not conserved. In addition I must point out that Hawking radiation remains hypothetical after forty years, and the given explanation demands negative-energy particles. I know of no negative-energy particles.

What is the matter about the vacuum?

See the stress-energy-momentum tensor. It "describes the density and flux of energy and momentum in spacetime". You can subject space to pressure and shear stress. It's like this gin-clear ghostly elastic that you can curve and do things to.

Not the answer you're looking for? Browse other questions tagged quantum-field-theory universe vacuum virtual-particles or ask your own question.