I have a thin rod rotating about its primary axis, rigidly attached to mass $m_1$ whose center sits at distance $r_1$ from the axis and position $y_1$ along the axis.

$m_1$ exerts a centripetal force $F_1 = m_1 r_1 \omega^2$ where $\omega$ is angular velocity. This force leaves the rotor unbalanced and will cause the housing to shake, so I must add masses to balance it. I am constrained here because $m_1$ projects light up and out, so I can't put balancing masses near or above it; I can only add balancing masses to the axis below $m_1$. 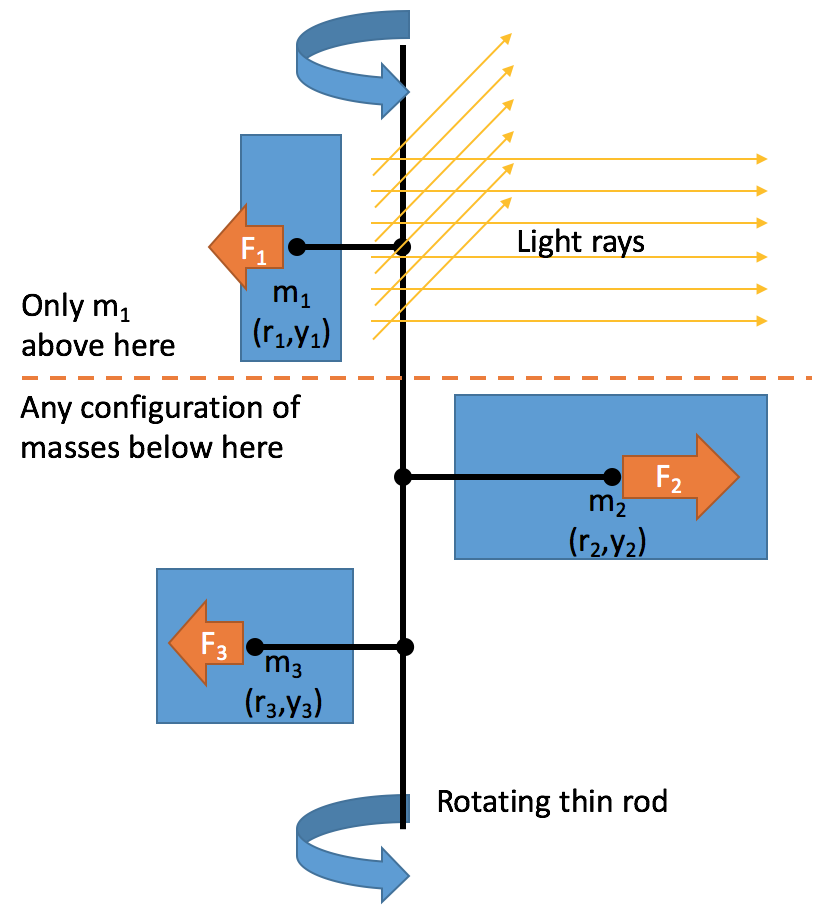 So I add mass $m_2$ centered at $(r_2, y_2)$. If $F_1+F_2=0$ then the rotor is statically balanced, meaning that it will stand on its end without toppling over. However, because $y_2<y_1$, the rotor has a couple unbalance and will still cause the housing to shake.

So I add mass $m_3$ centered at $(r_3, y_3)$. I can attain static balance by ensuring $F_1+F_2+F_3=0$. I know anecdotally that this 3-mass configuration can remove the couple unbalance, but I'm struggling to express it mathematically.

To ensure no net centripetal force acts on the rod:

It's now possible to calculate the remaining unknowns from the knowns and these equations.

Not the answer you're looking for? Browse other questions tagged rotational-dynamics rigid-body-dynamics or ask your own question.