How does a Pulsed Plasma Thuster work?

My friend was describing a Pulsed Plasma Thruster (PPT) to me, and we couldn't figure out how it actually worked. The setup involves two conducting plates with a potential difference and a solid, insulating fuel block sandwiched in between. 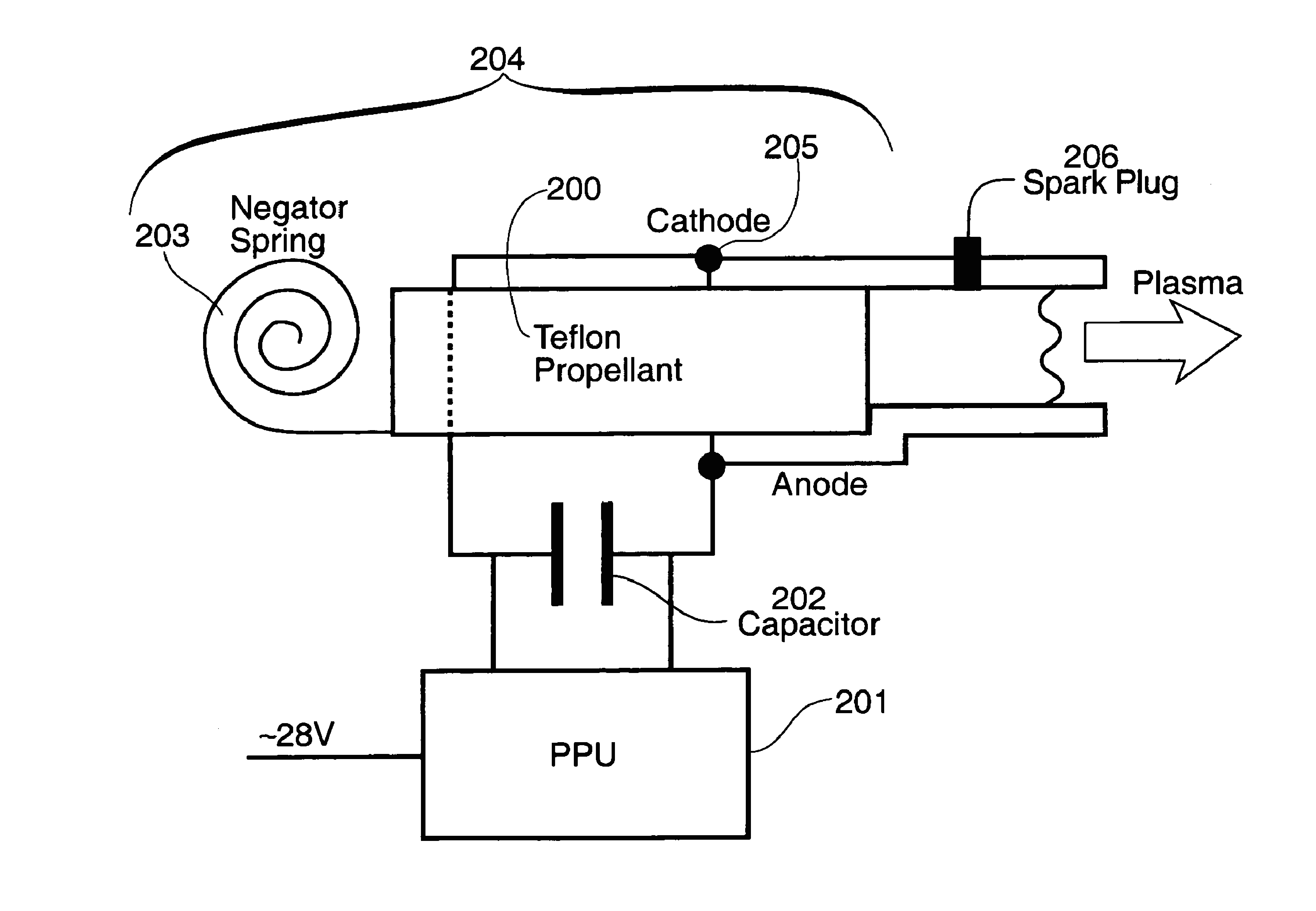 From the Wikipedia page:

The first stage in PPT operation involves an arc of electricity passing through the fuel, causing ablation and sublimation of the fuel. The heat generated by this arc causes the resultant gas to turn into plasma, thereby creating a charged gas cloud. Due to the force of the ablation, the plasma is propelled at low speed between two charged plates (an anode and cathode). Since the plasma is charged, the fuel effectively completes the circuit between the two plates, allowing a current to flow through the plasma. This flow of electrons generates a strong electromagnetic field which then exerts a Lorentz force on the plasma, accelerating the plasma out of the PPT exhaust at high velocity.

As I understand it, the current is directed vertically between the two plates, which creates a magnetic field in the horizontal direction - call it $x$ (left to right in the diagram). The electrons would seemingly then experience a Lorentz force in the $y$-direction (into the plane). What am I missing here? It seems in order for the plasma to be accelerated along $x$, we would need $\mathbf{B}$ directed along $y$.

Not the answer you're looking for? Browse other questions tagged electromagnetism plasma-physics or ask your own question.

1
Why is work done against the electric field to move charges to charge a capacitor?
1
Why / how do electric arcs form?
1
Would mechanically moving electrons create a super-strong magnetic field?
1
Lorentz force law and Ampère's force law
1
Plasma confining with magnetic fields
2
Why does the theory and practice differ?
0
Can a moving magnetic field do work on a charged particle?
1
How does a solar wind plasmoid split when it touches the magnetosphere?