Why does a cloud form around ice cream?

Everyone have probably seen the phenomenon as one opens a cold ice cream from its pack, a white cloud begins to flow around the ice cream surface, and it constantly spreads out until the ice cream warms.

How can this effect be described? Where does the cloud come from and how it forms? Is there anything special about ice creams or the same would happen to a cold steel object for example? (I couldn't actually see any cloud around a cold glass but still have to work on it). What more experiments/observations could be useful to study this effect?

If I'm not mistaken, a similar effect happens near all sufficiently cold bodies: moisture from the air condenses and becomes visible when cooled from room temperature, a process similar to cloud formation. The reason it stops forming after some time, near ice cream or otherwise, is because the object gradually warms up to room temperature. If the foggy layer is still enough (e.g. we have liquid nitrogen in a thermally isolated jar and between the nitrogen and air there is a layer of condensed moisture), it actually serves as an insulator and somewhat prevents the sublimation/vapourising of the cold object.

In labs which use liquid nitrogen or helium for cooling, an even more awesome thing happens, which is somewhat of a level up to the ice cream fog: the moisture not only condenses, but solidifies and forms ice on the metallic sections of tubes and containers. 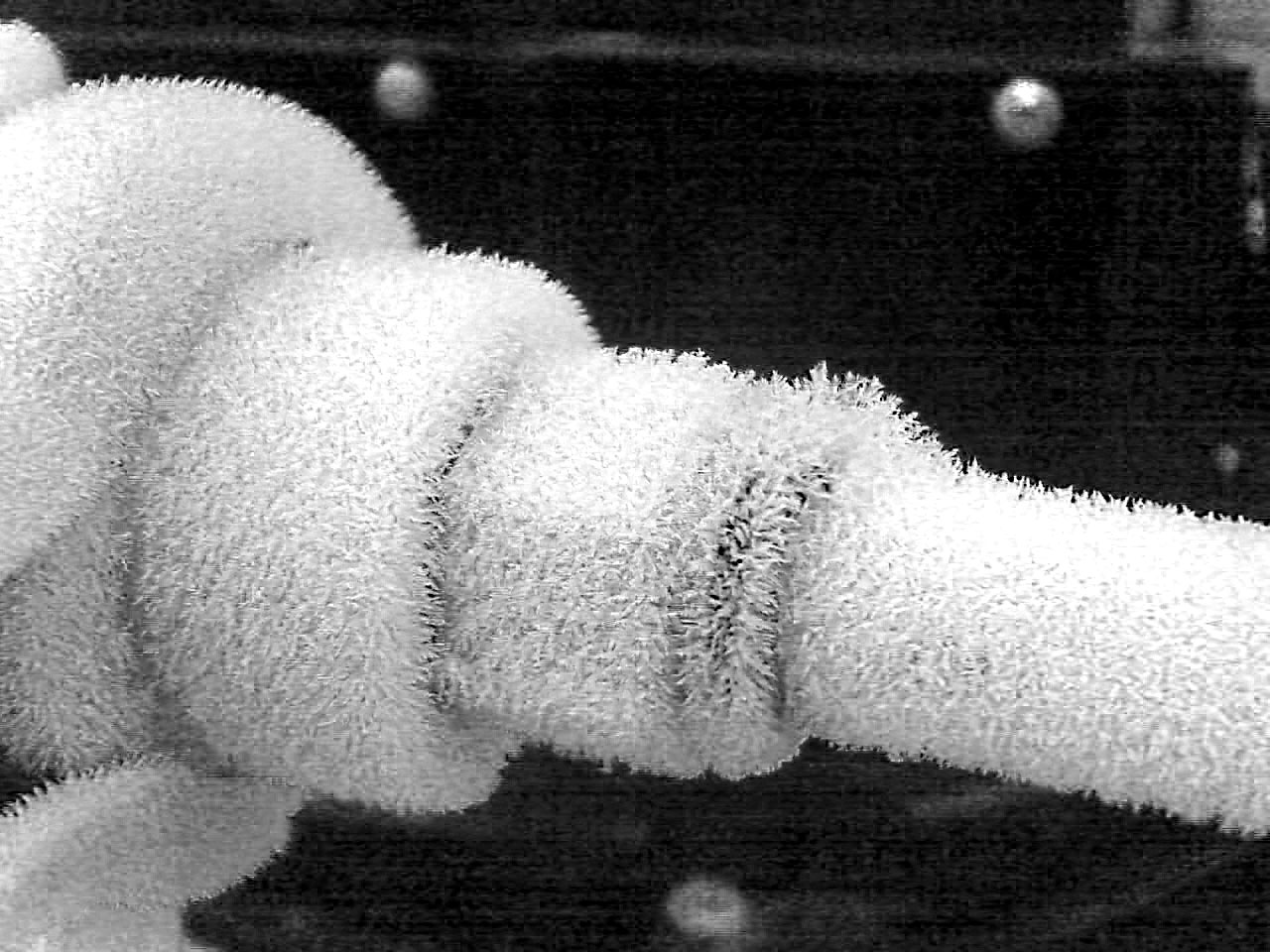 Mist is tiny droplets of water hanging in the air. These droplets form when warmer water in the air is rapidly cooled, causing it to change from invisible gas to tiny visible water droplets. Mist often forms when warmer air over water suddenly encounters the cooler surface of land. -National Geographic Society

The cooler air around the ice cream met the warmer surrounding air and condensed into tiny water droplets called mist, hence a "cloud" (mist) forms over cold things(when taken out from the fridge or freezer).

Water vapour from the air condensed and appear as white clouds. These white clouds diappear after some time because they gained heat and evaporated.

Not the answer you're looking for? Browse other questions tagged thermodynamics everyday-life phase-transition or ask your own question.

1
Thermodynamics and ice cream
2
What ice pack formula can hold the largest energy difference?
2
Will an ice cream scoop with oil-filled handle cool down my coffee more effectively than without the oil?
126
Why does ice cream get harder when colder?
2
What material is best suited for eating ice cream from, without the ice cream melting too fast on the edges?
1
Which melts faster - ice cream or lollipop/popsicle?
1
Difference in temperature due to height