Fayet-Iliopolous Parameters from Separation of NS5-branes in $(x_{7}, x_{8}, x_{9})$: An ambiguity as to which gauge group the FI parameter belongs

My questions is: What happens when there are more than one stack of D3s and more than two NS5-branes? How do we calculate the FI terms, and to which D3 stack are the FI terms associated? For example, consider the following diagram: 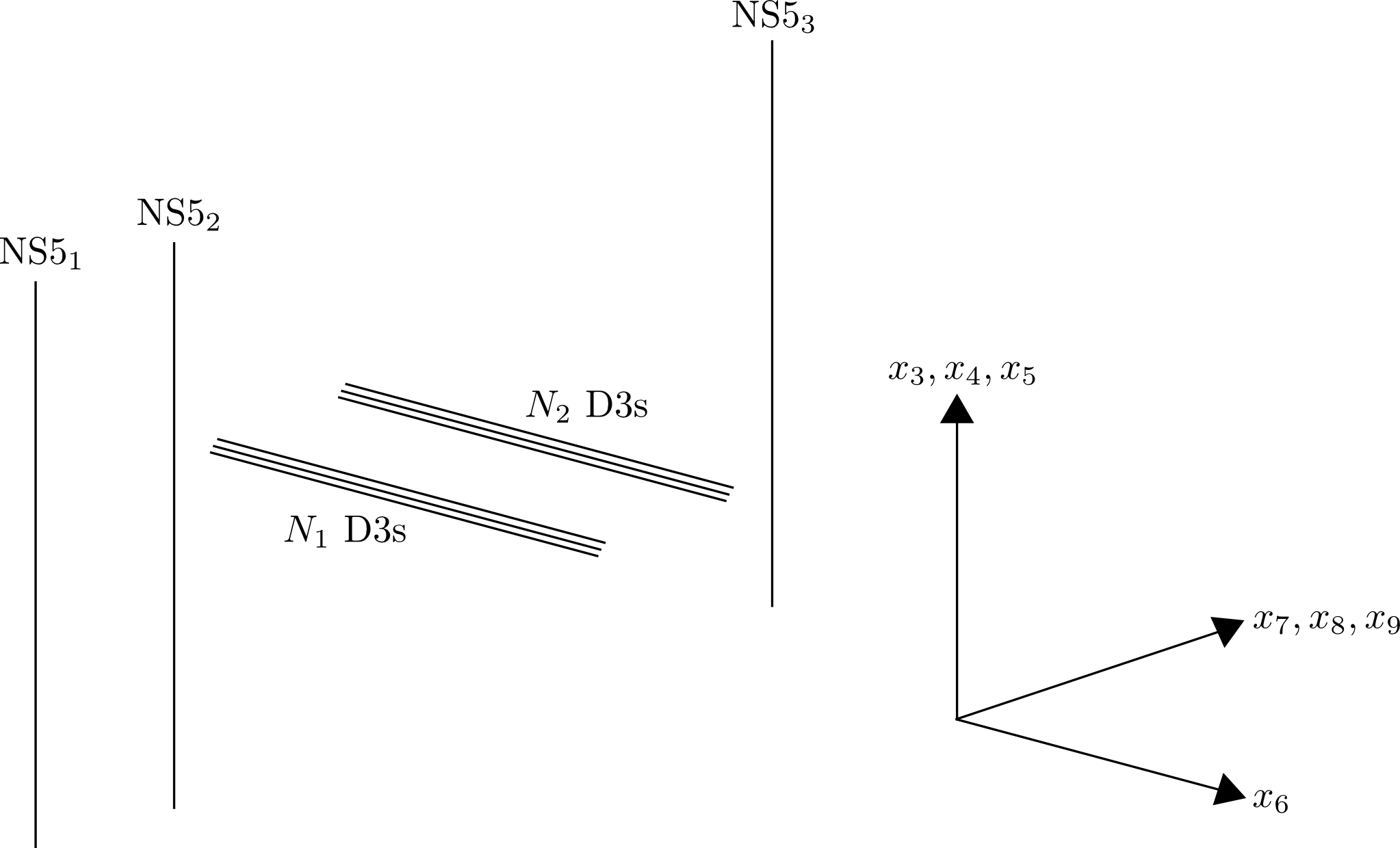 There are now three different combinations of separation between the NS5s (so does this give three separate FI terms?). Furthermore, there are two gauge groups, $U(N_{1})$ and $U(N_{2})$, so, if there are 3 FI-terms, to which gauge group does each one correspond?

In other cases that I've seen the D3s always end on the one of the NS5s. Would I be correct in guessing that the difference in $(x_{7}, x_{8}, x_{9})$ position of two NS5s should only give an FI term if one of those NS5s has D3s ending on it, in which case the diagram above would result in no FI terms.

Browse other questions tagged string-theory field-theory branes or ask your own question.

7
Disappearance of moduli for condensate of open strings
3
Must string models that describe 4d effective field theories always have D-branes that extend in the 4 non-compact spacetime dimensions?
17
Global vs. local gauge group in mathematical sense - physics examples?
4
What kind of fields can couple naturally to a $p$-form gauge fields in a Lagrangian?
3
Does a gauge group $G$ determine the Principal $G$-bundle?
0
Higgs Mechanism on Parallel Separated D-Branes
1
Gauge anomaly in Polyakov string and Faddeev-Popov method