Lets say that I am on a spaceship moving with the speed of 0,90c and I am looking on my friend who stayed back on earth. My friend is looking on me.

Lets say that seven years passes on earth which means that I am one year older and my friend is seven years older.

But if I was moving for one year and I was seeing him moving 7 times slower shouldn't he be 1/7 year older not 7?

Can someone explain that to me?

If you are abit more careful about making the statements, then "both perspectives" are actually correct. Let me be more concrete and explain.

Let $E$ be the one who stays on Earth and $S$ be the one who is on the spaceship. The first issue you have is you said "let's say seven years passes on Earth" - this is an ambiguous statement: from whose perspective?

Let's say seven years passes on Earth from $E$'s perspective. $E$ will indeed see $S$ to age only a year. Note that during this interval, $S$ will only see 1/7 years to have passed on Earth.

But wait a second, did I just say that $E$ sees $S$ to age slower and $S$ sees $E$ to age slower? Yes! And both are correct from their own perspective.

More concretely, from the viewpoint of $S$, all the clocks in $E$'s frame are at all moving slower BUT they start at different times (clocks at the 'rear' have a headstart). See bottom left of diagram. The $E$-clock that is staring right in front of the face of $S$ reads to $S$: 7 years elapsed. But the $E$-clock that is located on Earth reads to $S$: 1/7 years elapsed.

(You might have to download and zoom in to see the clock timings, especially the negative signs) 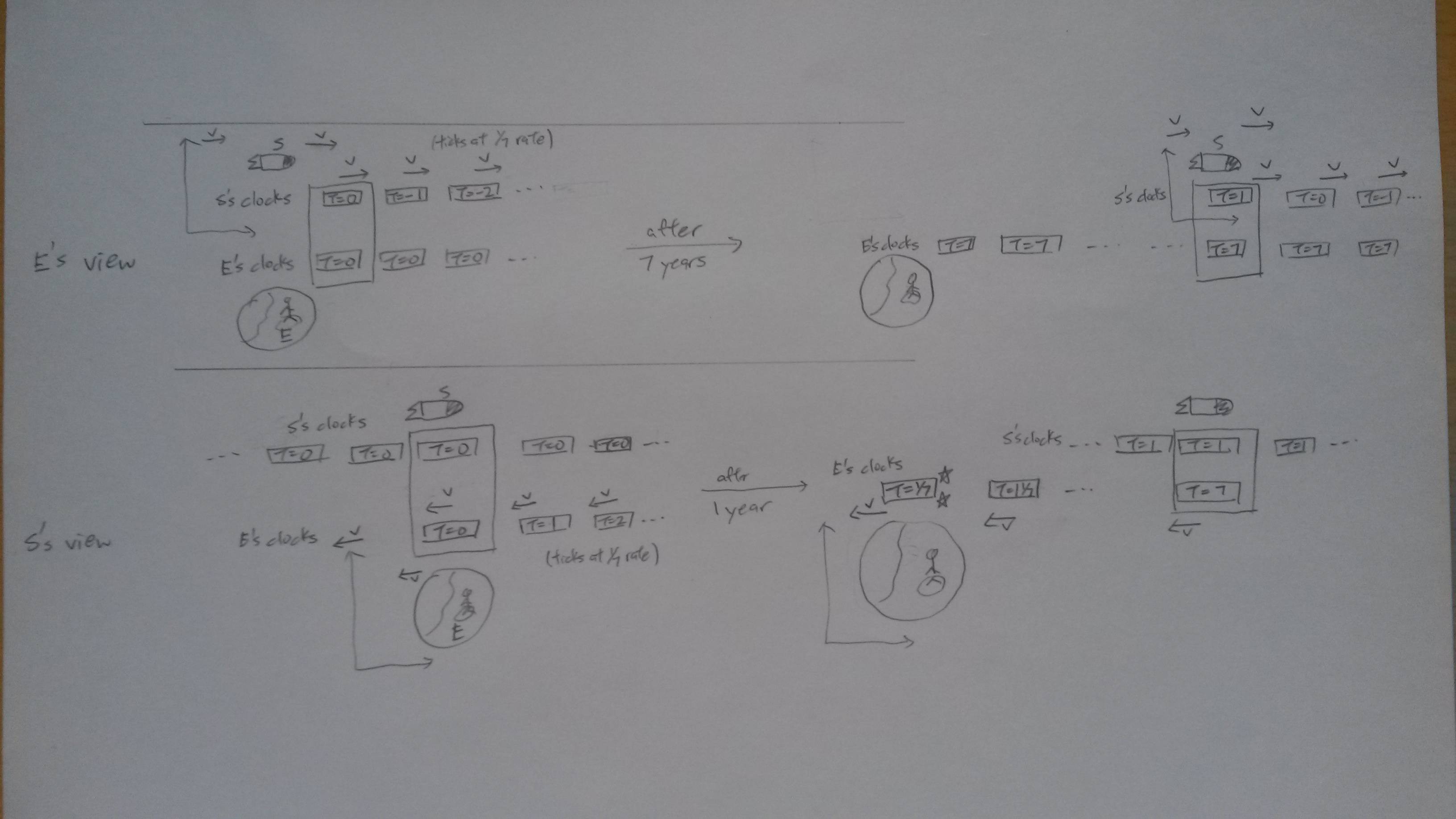 Not the answer you're looking for? Browse other questions tagged special-relativity time space-travel or ask your own question.