Why railroad tracks seem to converge?

I stand up and I look at two parallel railroad tracks. I find that converge away from me. Why? Can someone explain me why parallel lines seem to converge, please?

The distance between the two is assumed to be constant. However, when you look at an object that is far away, it "seems smaller". What that means mathematically is that the angle from one end to the other, as seen at your eye, is smaller.

And because your eye is a little bit above the ground, points on the railroad closer to the horizon are actually further away from you.

In art, the point where the railroad lines appear to converge is called the "vanishing point". Google that term if you want more information.

Keep in mind that your eyes perceive a fixed field of view. That is, you see a certain angle in front of you. They do not see a fixed distance across your line of sight. This means that the farther away for you you look, the more distance there is from one side of your FOV to the other. When you look at parallel railroad tracks that maintain a certain distance apart, they seem to converge as they go off into the distance. This is because the proportion of your field of view that the tracks take up diminishes. 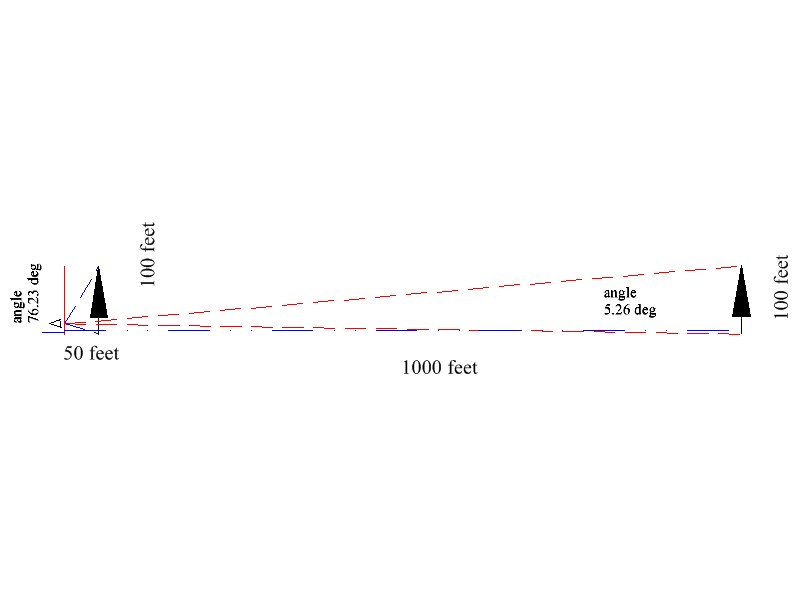 There is a well-known episode of Father Ted where he explains to Dougal that the small plastic cow in his hand is near but the real cows in the field outside the window are far away. Poor Dougal remains utterly baffled.

Ultimately, the phenomenon is grounded in the principles of projective geometry, especially perspective projections, but I doubt that would have helped Dougal. It might help here, though.

Not the answer you're looking for? Browse other questions tagged optics geometry or ask your own question.

4
Converging rail tracks
0
Why do things look smaller when farther away?
1
Why do the rail tracks seem to converge and vanish?

3
Mirrors into Infinity
0
Difference in the grating spectrum with different sources
0
Requirements for rays to converge exactly at a point $P'$
5
How to understand the concept of vanishing point?