How do simple two-component Fierz identities follow from a property of the Pauli matrices?

On page 51 Peskin and Schroeder are beginning to derive basic Fierz interchange relations using two-component right-handed spinors. They start by stating the trivial (but tedious) Pauli sigma identity $$(\sigma^\mu)_{\alpha\beta}(\sigma_{\mu})_{\gamma\delta}=2\epsilon_{\alpha\gamma}\epsilon_{\beta\delta}.\tag{3.77}$$ They then claim to "sandwich" this identity in between the right-handed part of four Dirac spinors $u_1,u_2,u_3,u_4$: $$(\bar u_{1R}\sigma^\mu u_{2R})(\bar u_{3R}\sigma_{\mu}u_{4R})=2\epsilon_{\alpha\gamma}\bar u_{1R\alpha}\bar u_{3R\gamma}\epsilon_{\beta\delta}u_{2R\beta}u_{4R\delta}.$$ I understand the first identity with elements of the contraction of the Pauli vector perfectly fine, but this one completely mystifies me. The next step in their calculation swaps indices in the Levi-Citiva symbols and uses essentially the same equation in the other direction to get the expected Fierz identity, so if I understood the first equality I would also know the second. However, I just can't see how it easily follows from the Pauli matrix equation. I thus have two questions.

a) Is there an elegant way to actually "sandwich" the identity into four right-handed Weyl spinors, or do I have to manually expand the bilinears?

b) Does right-handedness actually play a role here? That is, it seems to me like this derivation would work just as well with any left-handed spinors, but is this true?

It's simple actually if you write it out,

Note that both the first identity and the second identity give you 16 scalar results.

Indeed, it doesn't matter at all if the spinors are defined as left or right handed. 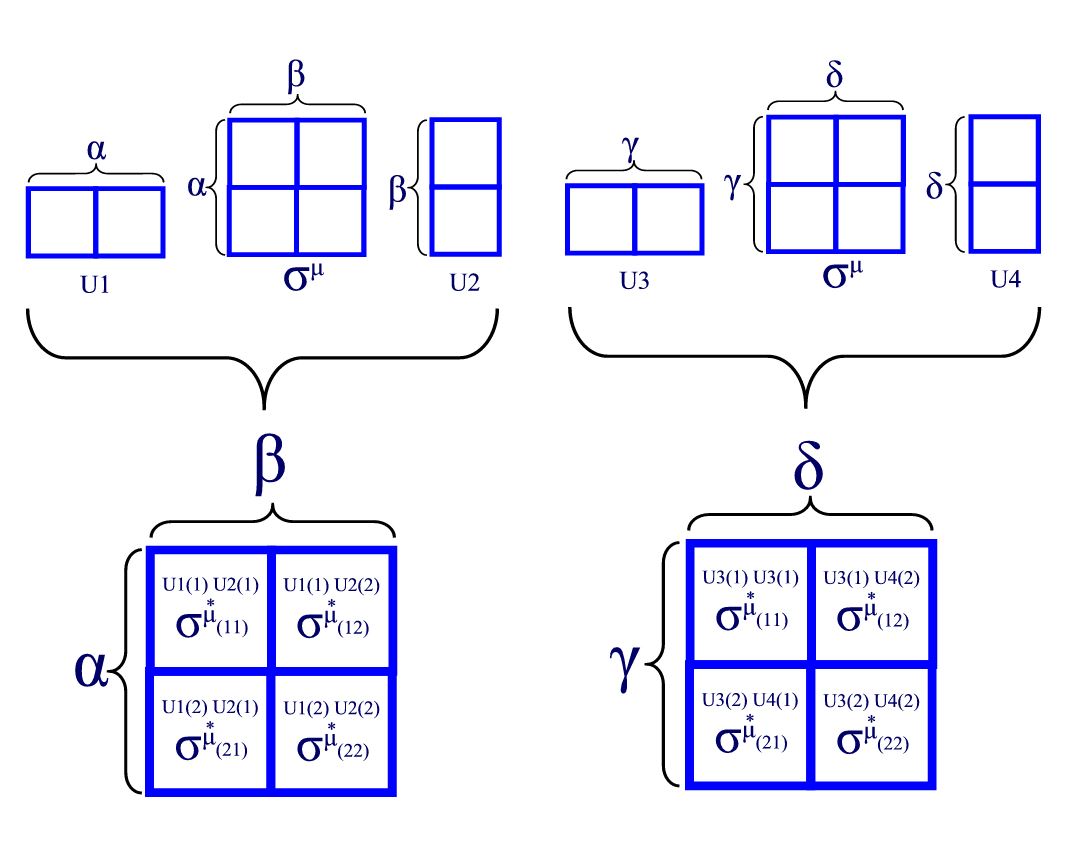 Not the answer you're looking for? Browse other questions tagged special-relativity group-theory representation-theory dirac-equation spinors or ask your own question.

2
How to demonstrate that Fierz-like identity for 2-components Weyl spinors?
6
Representation under which Pauli matrices transform