Why does not a battery kept in empty space discharge on its own? If space between the terminals is empty, what prevents the electrons to flow?

Given here is a picture of a twisted battery kept in free space (vacuum). Will the battery discharge quickly? I mean, it should discharge faster than it would if we were to connect the terminals with copper wire.

So will the battery as shown discharge quickly if kept in vacuum? 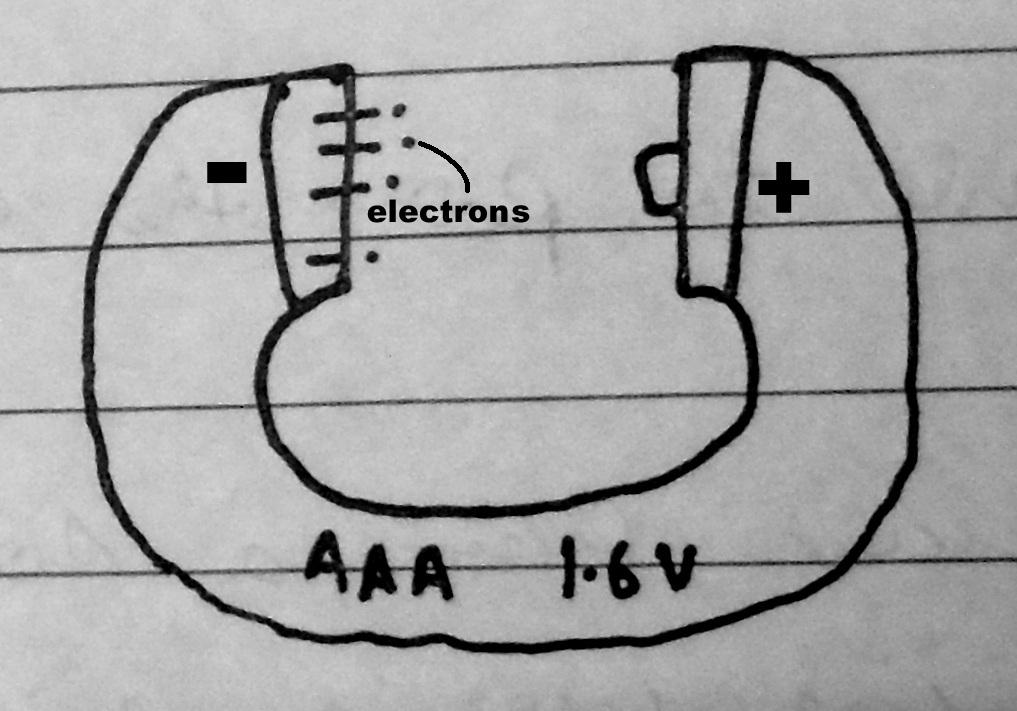 I don't think that the battery will discharge as fast as it would if short-circuited with copper wire. But this does not means that empty space resists current more than copper wires. I explain it this way:

Another aspect that can be tested is to see if a parallel plate capacitor with oppositely charged plates discharges more quickly when it has vacuum between the plates or when the plates are connected by copper wire.

Will such capacitors with vacuum between the plates discharge quickly? If not, then why not?

Edit: My earlier explanation to the question is wrong. The correct explanation has something to do with photoelectric effect, as indicated in the comments and the answers here and also on this question as pointed by lan.

The medium (or lack of it) does not determine the discharge current - it is the surface properties of the cathode. More specifically, it is the local field strength right at the surface. Field strength is initially determine by the cathode-anode spacing, but there can be a (very) significant local enhancement due to surface roughness (asperities).

The "cold cathode" emission usually requires quite a high field strength; by looking at the potential difference actually needed you can learn a lot about the field enhancement, and this is actually used as a way to study surface roughness. Discharge current is described by the Fowler-Nordheim equations. Without going into too much detail, they basically describe the probability that an electron can tunnel through the barrier provided by the surface work function. This probability depends strongly on temperature (which is why hot cathodes work in cathode ray tubes etc), and the work function. At room temperature, at the kind of electric fields that can be created with an AAA battery, the leakage in the electrolyte of the battery is likely to be much more significant than that leakage through the vacuum.

A nice step by step walk through the calculations can be found in these lecture notes.

In vacuum there are no charge carriers like ions or electrons. With nothing to carry charge, i.e. current, such a battery would discharge much, much slower than when the battery poles are connected by something that can carry charge like a conductor or an imperfect insulator.

Electrons (and other charge carriers, e.g., ions) in vacuum travel without resistance. However, as pointed out, correctly, in the other answers, there are no charge carriers in vacuum.

Nevertheless, electrons can escape from the terminals if they have a kinetic energy which is bigger than the potential barrier of the terminal surface, i.e., the work function $W$ of the material. If the kinetic energy of the electrons is bigger than the work function, the battery can discharge in a finite time. This condition can be obtained either if the potential difference between the two terminals or their temperature is high enough. In the first case one obtains an electric arc (a small-scale lightening), while the second case one has a steady charge transfer (thermionic effect).

Lines of electrostatic force exist between the positive and negative poles of the battery, even though they're separated by a vacuum. Vacuum permittivity is ε0 = 8.854 * 10^-12 farads per meter. By convention, this is called the dielectric constant of 1, a baseline against which the dielectric permittivities of other materials are compared. (https://en.wikipedia.org/wiki/Vacuum_permittivity).

But even though a vacuum is highly permittive of electrostatic field lines, it contains no atoms to ionize, nor any electron cloud such as exists in copper through which the electrons can transfer their charge, so a greater potential difference is needed. For example, high voltage capacitors use vacuum as the dielectric to maximize the charge stored on the capacitor plates. They charge and discharge through the vacuum, but at very high voltages and high temperatures.

A metal wire is conductive because metals have lots of energy levels near the Fermi Level $E_F$. This means that lots of electrons are available to be moved around which is why the electrical conductivity of metals is so high.

If the medium was empty, there would be no resistance

However, in a vacuum there is no medium to provide a conductive path in the first place. The electrical resistance $R$ is defined as the inverse of electrical conductance $G$. In a vacuum, the conductance is $G = 0$, and therefore the resistance is $$\lim_{G \to 0} R = \frac{1}{G} = \infty$$

Instead of thinking about resistance as:

The resistance to its flow is caused by the medium.

As other posters have pointed out, there are more exotic ways to get electrons to flow in a vacuum (thermionic emission, extremely large electric fields, etc), but I hope this answer clarifies why electrons would not flow faster through vacuum than through a wire.

Not the answer you're looking for? Browse other questions tagged electricity electric-circuits electrons electric-fields batteries or ask your own question.

7
What stops charges from jumping across a capacitor?

2
Do batteries lose charge?
0
What is the voltage at every pair of points along a ideal wire that is connecting the two terminals of a battery?
1
How does distance effect the flow of charges between a capacitor's plate and battery
0
Emf must be greater than it is supposed to be
2
Battery life with hot and cold wires
19
Are the plates of a battery really charged?
0
Why does electric field remain confined to a wire?
3
Is the reason why a normal battery ran out of "juice" that it has reached electrostatic equilibrium between its two terminals?