Is $v$ not always equal to $\omega r$ in angular motion?

NB:I am not asking an answer for the question quoted.

I had this question given in my book:

A ring of radius $R$ rolls on a horizontal ground with linear speed $v$ and angular speed $\omega =2v/R$. For what value of $\theta$, the velocity of any point $P$ which makes the given angle with the center, will be in vertically upward direction?

My question is: I know the relation between angular velocity and linear velocity is $v= \omega r$. But in the given question it is given that $\omega =2v/R$. How is this possible? I assume $v=\omega r$ is valid in all situations,but why this discrepancy here? I have seen other such questions as well.

I asked my friend about it and he told me that both are valid and I am just getting confused.He went on to explain but I couldn't understand.

Can anybody please explain what I am unable to understand and see?

$v = |\vec{\omega}\times\vec{r}|= \omega r$ is always valid for a rigid rotating body. Here, $r$ refers to the distance of any particular point from a chosen axis of rotation, $\omega$, the angular speed of the body about that chosen axis and $v$, the linear speed of that point perpendicular to the radius vector (or the line joining the axis to that point). 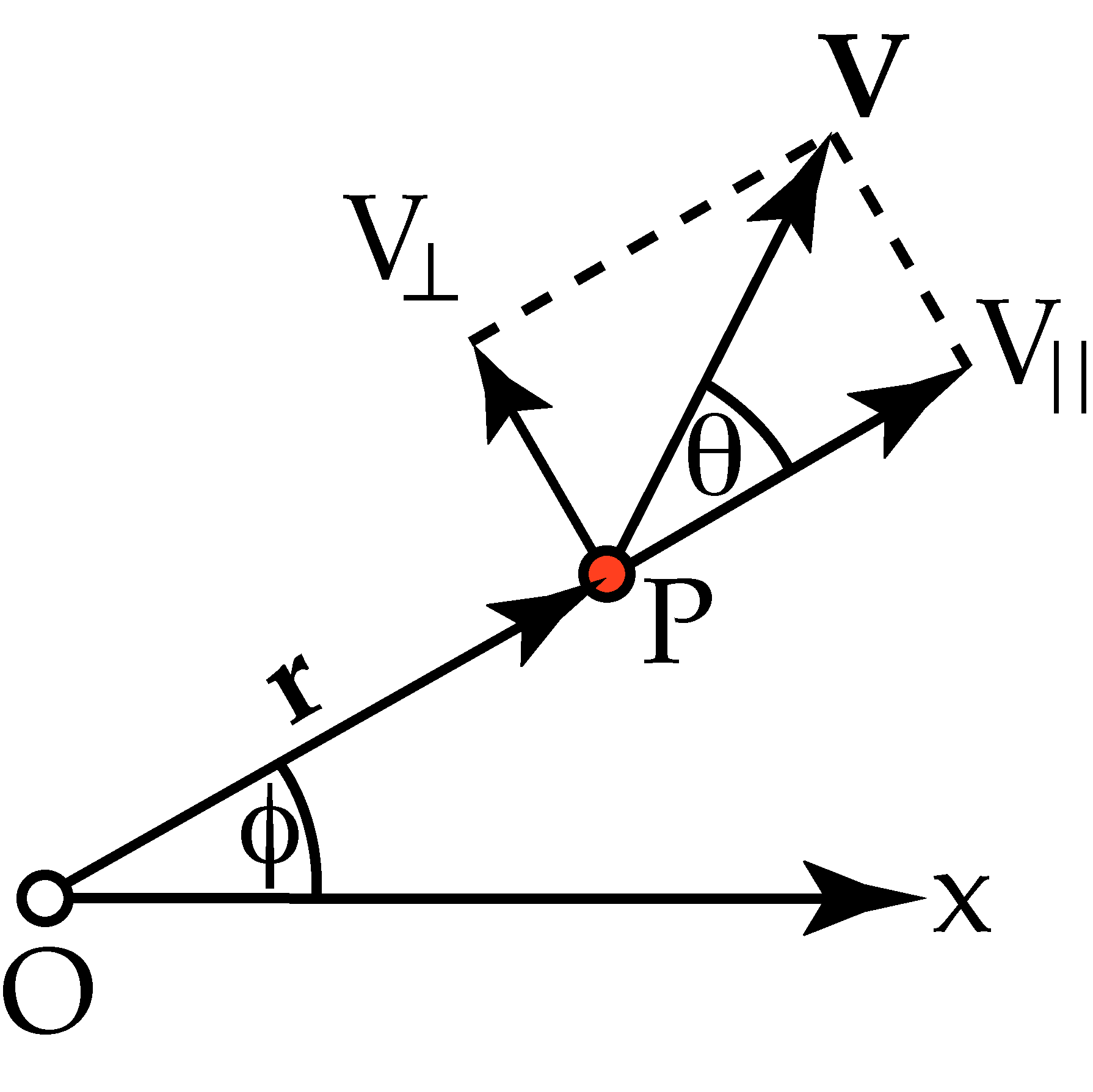 So it is, in general, a relation between the angular speed and linear speed of a point. This is always true.

About this center of mass, $$v_{rot}=\omega r$$ So the point in contact with the ground (at a distance R from the C.M.) for instance, has linear speed $v_{cm} - R\omega$ since rotation and translation oppose each other at that point. As others have pointed out this is not 0 and that implies there is some relative motion between the ring and the ground at the point of contact. This is called slipping.

So your friend was correct. Both are valid and correct. But they refer to different things - one to the motion of the center of mass and the other to that of any point on the body.

As Alfred Centauri mentioned, the ring is indeed slipping. Think about a ring whose center is fixed but is at the same time rotating. Clearly $v=0$ but $\omega\neq 0$.

In general, a well defined relationship between translational velocity $v$ and rotational velocity $\omega$ exists in the case of a ring that is rolling without slipping. Othewise, there is no constraint that relates them.

Finally, if the ring is rolling without slipping, the bottom of the ring in contact with the ground is not moving (that's the definition of rolling without slipping). Therefore, the rotational component of motion precisely cancels the translational component of motion for this point. You should be able to deduce from this that given a translational speed of $v$, the rotational speed $\omega=v/R$, which is the formula that you are familiar with.

Not the answer you're looking for? Browse other questions tagged velocity rotational-kinematics angular-velocity or ask your own question.

1
What causes angular and linear deceleration in a sliding and rotating ring?
3
How would the angular velocity of the rod change if it slipped on the table?
3
Understanding rotational motion on a rough surface
3
When is $v=r\omega $?
0
Velocity And Angular Velocity Of A Sphere Rolling Down A Ramp
0
Is the impulse given divided into linear and angular momentum?
0
Torque angular momentum equation in case of pure rolling
2
Doubt regarding calculation of angular velocity