Frame dragging around a black hole

First of all if two black holes are orbiting each other with their horizons almost touching, they will very quickly merge into one black hole. Even if they are orbiting at 10 times the horizon radius, they still will merge in a relatively short time. The reason that they merge is that the closely orbiting black holes will be radiating a significant amount of their orbital energy as gravitational waves. The energy for the outgoing gravitational waves will come from the orbital energy of the black holes which will force them to get closer to each other which will increase the gravitational radiation in a runaway process that quickly results in the black hole mergers. You can see many interesting videos of simulations of this process at this website: http://www.black-holes.org/explore2.html .

In the second part of your question, I think you are trying to arrange things such that the spaceship is sucked out of the event horizon of the first black hole by the second black. Now, if you look at the videos, you will see that when the black holes are far from each other, the event horizons that are facing each other get flattened somewhat, which I think is the effect you are looking for that you think might allow the spaceship to escape. However, if you look at the videos, you see that as the holes get even closer to each other the event horizons "reach" out towards each other and as the two cusps from each hole touch, then the black holes quickly merge into one black hole.

Here is a frame from a movie showing the event horizons flattened and the beginning of the cusps forming which will lead to the merger: 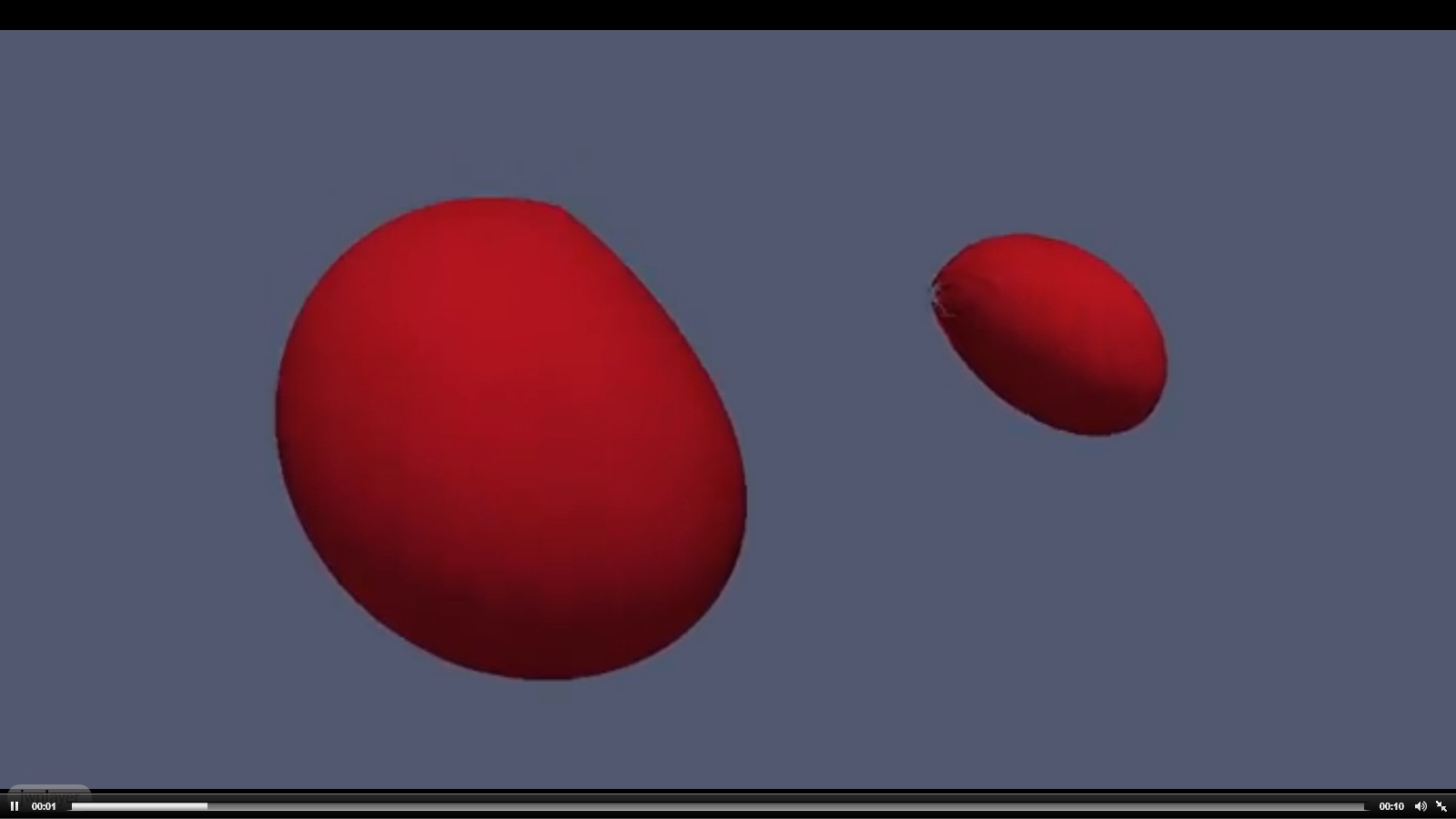 The problem with your scheme for escaping the black hole is that the spaceship will have already fallen into the singularity by the time you move the second black hole in close enough to "flatten" the event horizon. The problem is that once the spaceship crosses the event horizon, the future time-like direction has become rotated into a spatial direction towards the black hole singularity at the center. See this answer on Astronomy Stack Exchange for more of an explanation: Why can't you escape a black hole?

Here is the image from that question showing how the time direction gets rotated towards the center of the black hole:

If a black hole is orbited by even just one other black hole, the event horizon bulges out towards it and increases in area.

If a spaceship is inside an event horizon it cannot escape no matter what you do. This is simply because the definition of the event horizon is the boundary of the region from which you cannot escape to infinity taking into account everything else happening in the universe present and future.

Not the answer you're looking for? Browse other questions tagged black-holes event-horizon frame-dragging or ask your own question.

31
Why can't you escape a black hole?