How to determine the direction of induced current flow?

There are three ways of inducing current in a loop/coil of wire as shown in my book. We can have a magnet approach a coil of wire, or a wire approaching a magnet. Both can be understood in the same way. 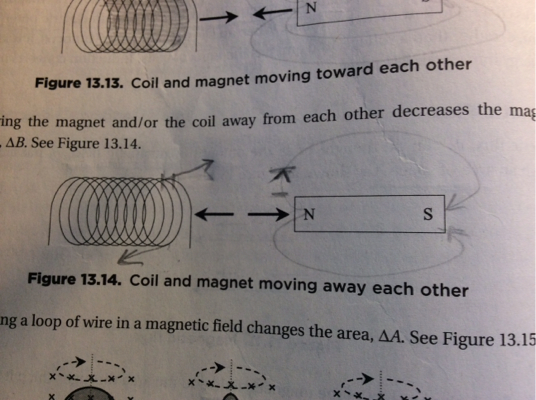 On the other hand, we can also change the magnetic flux by pushing a loop of wire into a magnetic field. 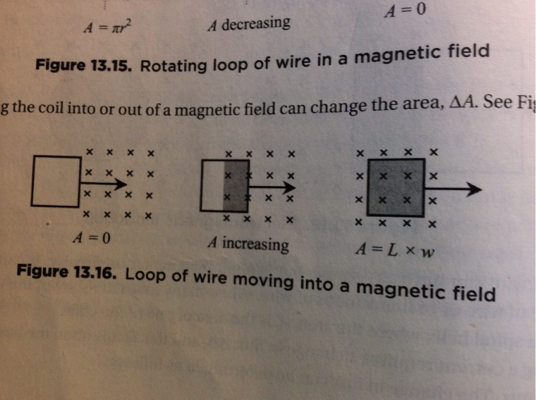 This confuses me. Two vertical lines are cutting across the field. But since they are connected, the induced current, I conjecture, would cancel each other. 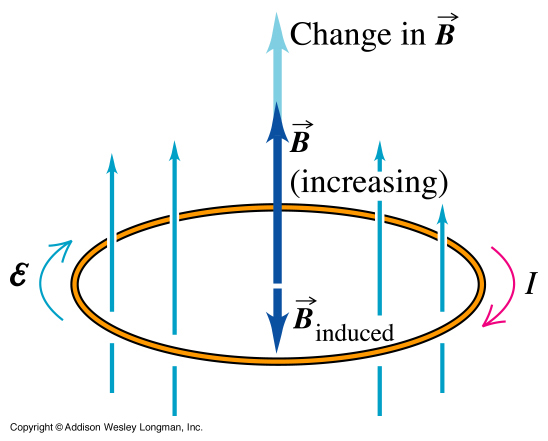 Here's a picture I grabbed from https://web2.ph.utexas.edu/~coker2/index.files/induction.htm to illustrate this. The B-field is pointing up and increasing. So we say there is an "induced B field" opposing this increase (so it points down). The current in the loop is such that it would create this induced field according to the usual right-hand rule for B-fields due to loops.

So imagine that the B-field was decreasing instead. So if B is up the change in the B-field is down. Thus the induced B-field would point up and the current would be opposite to what is in the diagram. Here is another diagram from the same website showing some other cases. Practice working through the reasoning of Lenz's Law to verify that you see why the induced current is the in the direction indicated for each case:

A word of warning about this concept. The change in the B-field does not really induce an "induced B-field". What it really does is create a circular E-field, and it is this which drives the current in the loop. The "induced B-field" is a fictional construct which makes it easier to figure out the direction of the current.

I think the main idea that you are missing is that the induced current is caused by the change in the magnetic "flux" (which is not the same as the magnetic field). Without resorting to any calculus (which is needed for the real definition of flux) the flux is like the magnetic field times the cross-sectional area that it "goes through" inside your coil/loop. So there are two key ideas here to be able to understand all cases:

Now for situation 2 maybe it is easier to think about having a coil whose diameter you can change. If you increase the diameter (holding the nearby magnet stationary) then the field strength is the same but the flux increases because the area that the field "goes through" has increased. So this would have the same effect as increasing the field, such as by moving the magnet closer. Similarly, decreasing the coil diameter will have the same effect as moving the magnet farther away.

So finally, looking at the scanned picture for your situation 2 we have a coil moving from a place where there is no field to a place where there is a field. So the flux increases as the loop moves into this region and a current will be induced. How would this be achieved in practice? This would be difficult but it would be easy to move a coil from a place with a weak field to a place with a strong field.

Hope that helps! In my opinion induced currents are hands-down the most difficult things to figure out in elementary electromagnetism, so don't be surprised that you're having some trouble wrapping your head around them.

The Maxwell equation says $$\operatorname{curl} \vec E = - {\partial \vec B \over \partial t},$$where $\vec B$ is the magnetic field and $\vec E$ is the induced electric field.That may appear, to an elementary student, to be a bunch of gobbledygook, but it means "the electric field curls clockwise around a change in magnetic field;" normally the + orientation is counterclockwise by the right-hand rule; the negative sign makes it clockwise.

Okay, so we need to first define "magnetic field." One popular way to see the lines of a magnetic field directly to look at the effect of the magnets on iron filings, which will naturally show you some "lines" when you bring a magnet nearby; see these images if you've never seen the effect before. The idea of "magnetic field" is basically just that we're going to take these lines and add an idea of "forwards" or "backwards" to them: these lines therefore "come out" of the North pole of a magnet and "go into" the South pole of a magnet. Please reread this paragraph until that convention is firm in your head. You will know it is when you can appreciate that the Earth's North Pole must be the South pole of some big magnet, which is why the North poles of magnets point North: magnets generally want to align with an existing magnetic field, which means the magnetic field at the surface must point Northward, which means it must be going into Earth's North Pole, which makes it a South magnetic pole.

Now: point your left-hand thumb in the direction of the change of magnetic field: then your fingers curl in the orientation of the induced electric field. It is "clockwise" when you look at your hand thumb-on, or when you look at the change pointing towards you. This means that if a current follows that curling, it goes to a higher voltage; or if it opposes that curling, it goes to a lower voltage.

Lenz's law gives some awesome quick intuitions. For example: the basic electrical component known as an inductor is a loop of wire usually wrapped around some ferromagnetic material. By Lenz's law, when you try to change the current that's going through it, it induces a voltage which tries to keep the same current going through it. It's like an inertial term, it fights any change in the electron velocity. So as you try to ramp up the current, you fight its voltage; as you try to ramp down the current the same thing happens.

PrateekPrateek
1
$\endgroup$
1
Add a comment  |
Highly active question. Earn 10 reputation (not counting the association bonus) in order to answer this question. The reputation requirement helps protect this question from spam and non-answer activity.

0
What's the direction of the current in this circle if a magnet is approaching (or distancing from) the circle?

1
In which direction does the current flow in a wire moving north to south along the Earth?
0
Induced Current and Force
1
Finding the induced current in a loop and force acting on the conductor
0
Why is the direction of current in a wire different depending on if a force induced a current or a current induced a force?
0
Faraday's law. Why does the induced current flow this way?
0
Right Hand Rule Help: Part 1
0
Direction of magnetic field in and out of a loop using the Right Hand Rule
0
Magnetic Field Direction in Solenoid