Will two touching, neutral conductors in an electric field separate?

If you put two square, neutral conductors in the middle of a uniform electric field such that they are touching, will they separate? 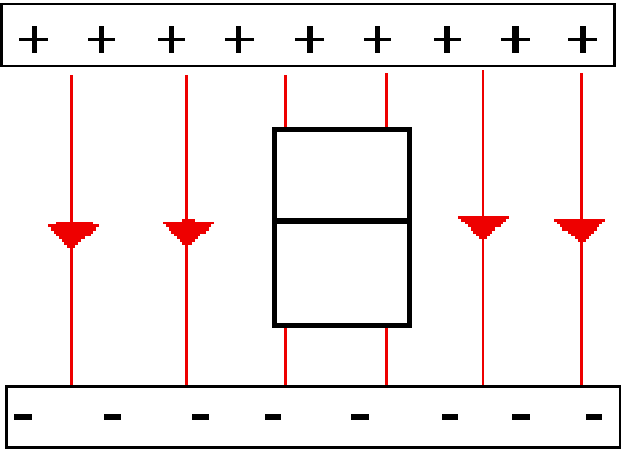 I thought yes. When they are touching, as shown in the picture, I consider them a single rectangular conductor and by Gauss's law there should be a net negative charge on one side and a net positive charge on the other side. Then each conductor would feel a net force and start moving. However, I don't know if something weird happens when they become separated that would make this less obvious than it seems.

Additionally, if they do separate, will they carry the net charges you calculate on each side using Gauss's law when they are together?

electrostatics gauss-law conductors
Share
Improve this question
edited May 7, 2020 at 0:23

The main flaw in your argument is that you consider them to be a single rectangular conductor. In reality, metals form layers of oxides on their surface, which is why when I place two metal cups together they don't just 'join up' and become one piece of metal. To actually join the metals, you would have to weld them together, in which case they are no longer separate conductors, but rather just one rectangular conductor. In the case where you weld them together, they wouldn't separate, because of the strong bonds that hold the piece of metal together.

However, if you didn't weld them together, then you would have to treat them as separate objects, and apply Gauss' law to each separate piece. In this case, you would have a positive charge build up on the bottoms of each conductor and a negative charge build up on the tops of both conductors, which would lead to an attractive force between the two conductors. 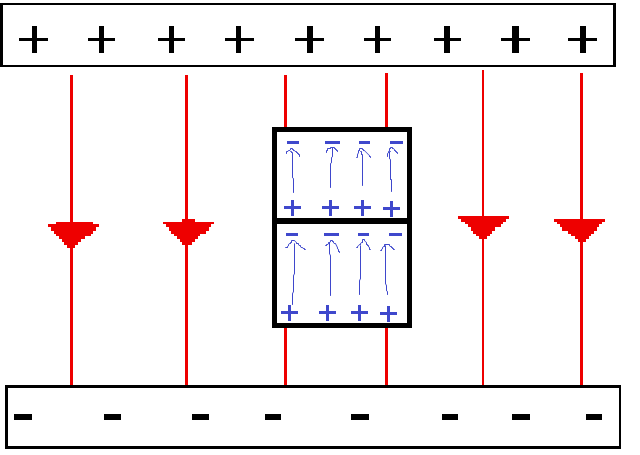 As can be seen, at the junction between the two metals, the positive and negative sides would attract.

There is a net positive charge on one side and a net negative charge on the other. Field lines "go into" the top, but "come out of" the bottom.

Those charges would tend to attract the sides together, however unless you insert an insulating layer between the two, you are likely to never see this as the internal field (if you turned the external field off) would just drive a current through the conductor and equalize the net charge.

Not the answer you're looking for? Browse other questions tagged electrostatics gauss-law conductors or ask your own question.