How will the Milky Way / Andromeda combined galaxy appear in 4 billion years?

In 4 billion years, do we we have an idea of what the combined Milky Way and Andromeda galaxy pairing will look like?

In particular, will the presumed black hole at the centre of our galaxy, (and I guess there is one at the centre of the Andromeda galaxy also), have an effect on the morphology of the combined galaxies, before eventually absorbing them over the much longer timescale?

I assume that the Large and Small Magallanic Clouds, and other satellite systems of both galaxies, may be drawn in to the region.

I also wonder will the shape of both galaxies have changed, before they merge in 4 billion years time?

Will it be a collision (or I should say, in reality, a slow merger rather than anything dramatic) of two barred or elliptical galaxies, rather than the spiral armed galaxies we see now? 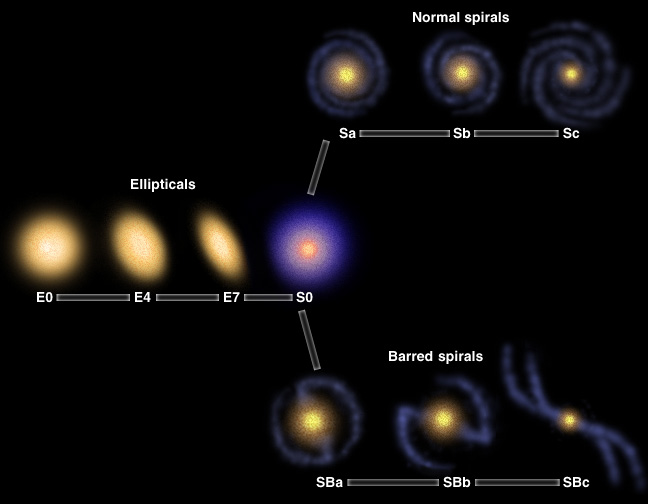 Although I have searched for duplicates on both PSE and Astronomy SE, (and on Google) I can't immediately find an answer to these particular questions, but my apologies if it has already been answered and I will delete this post if an answer exists.

In $4\times10^9$yr, M31 and MW (Milky Way) will have merged to form an elliptical galaxy. The internal spiral structures of either progenitor and their bars will be destroyed in the process, leaving a smooth ellipsoidal distribution of stars.

The supermassive black holes (SMBHs; note that the one in M31 is $\sim100$ times more massive than that in MW) will form a close binary which (most likely -- the precise astrophysical mechanism are not yet fully understood) will have merged to form a single SMBH, emitting gravitational radiation in the last stages of coalescing.

Some of the gas (ISM) of the progenitors will assemble in the core of the new galaxy where it may form new stars (via a 'starburst'). Some of this gas may accrete onto the SMBH, forming an active galactic nucleus (AGN). The momentum and energy feedback from the AGN will eventually clear the new galaxy of most of its gas, leaving it 'red and dead' (= no longer star forming, hence only having red stars) -- like most massive ellipticals.

This answer is based on the generally accepted astrophysical wisdom, which in turn is based on observations, analytic arguments, and computer ($N$-body) simulations.