What is the difference between the magnetic field of a permanent magnet, and that of an electromagnet?

What is the difference between the magnetic field of a permanent magnet, and that of an electromagnet?

On the other hand, in the diagram below, you can see the direction of the flow of the magnetic field of a permanent bar magnet: 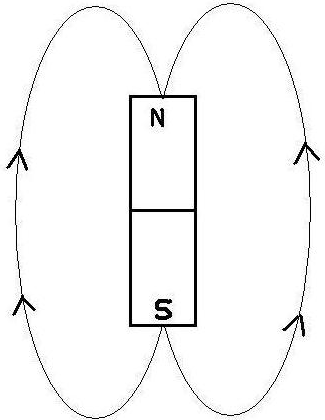 This is because a current-carrying wire will have a circular magnetic field around it (as pictured in your diagram which is a cross-section of such wire and its magnetic field).

Thus the magnetic field of an electrical wire that carries a DC current rotates like a helicopter prop around its axle.

The field doesn't rotate, the arrows indicate the direction of EMF, which is the force that makes the motor move.

Permanent magnets don't have this behaviour, they behave as current-carrying coils (pictured below, sourced from here) whose magnetic fields run "along the axle". The N-S polarity will vary depending on the direction of flow of the current. 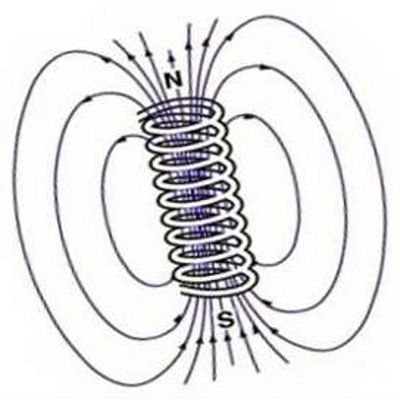 For a Faraday motor, you could replace the permanent magnet by the above coil. However, the coil could not replace the wire (and neither could the permannet magnet) because the key to having the wire rotate around the magnet is that the wire's field is circular.

1
Why doesn't a permanent magnetic field not make a florescent light illuminate like an electromagnet field?