Why will a 'Non-Electric Faraday Motor' which just uses permanent-magnets, not work?

Regarding Faraday's Electric Motor (which is in a pool of mercury, or salt-water)

Why will a 'Non-Electric Faraday Motor,' which just uses permanent-magnets, not work? 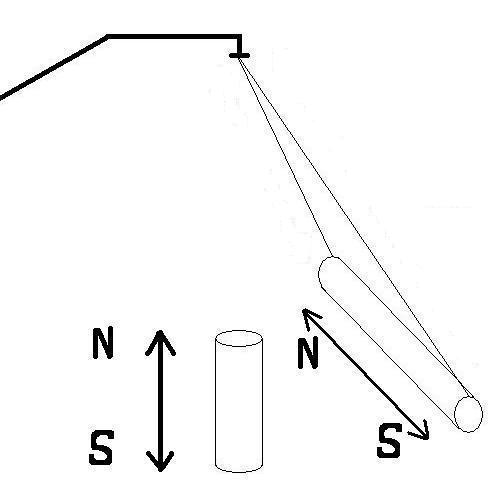 Can someone explain this using the simplest terms, that anyone could understand.

(I have read some explanations which seem to suggest that in an Electric-Faraday-Motor, the magnetic field of the permanent magnet also interacts directly with the electrons which are flowing in one direction, through the wire. The problem with that explanation is that :

Please only give an explanation in language that anyone can understand.

The Faraday motor consists of a pool of mercury at the bottom of which a permanent magnet is affixed. A stiff straight wire is dropped into the pool of mercury above the permanent magnet. When electric current runs through the wire, a magnetic field is created around the wire. The magnetic field follows the right hand rule. The field lines are circular and curl in the direction of your fingers if you were to loosely wrap your fist around the wire with your thumb pointing in the direction of the current. Here's a link to an illustration (scroll down to Right-Hand Rule #2): http://physicsed.buffalostate.edu/SeatExpts/resource/rhr/rhr.htm.

The magnetic field lines around the wire interact with the pole of the permanent magnet affixed to the container of mercury, and the stiff wire rotates clockwise.

If you affixed a permanent magnet to the wire instead of running an electric current through it, the magnetic field lines would not circle the wire perpendicular to its axis. There would be no rotation.

Here's a diagram of Faraday's motor that shows how the circular magnetic field around the wire interacts with the permanent magnet causing rotation of the wire: http://feiradeciencias.com.br/sala22/image22/motor28_05.gif. Note the direction of the current through the mercury, which is an excellent conductor, and note the right hand rule and the clockwise direction of rotation.

This link shows you how to make a homopolar motor, in principle like the one Faraday made, but if you decide to try it, use a low power battery, follow the conventions and instructions and precautions, and be careful, because the apparatus may heat up or it may fly apart: https://www.kjmagnetics.com/blog.asp?p=homopolar-motors. Scroll down to the video to see how it works.

We know you can't do this or anything like this, because if you did, it would be a perpetual motion device. The system will tend towards a state of greatest stability or (equivalently) lowest energy.* That is, the magnets will eventually position themselves in such a way that gravity and magnetism exactly cancel; if there is no gravity, they will position themselves such that the attractive and repulsive components of magnetism exactly cancel. Without an electric current, there is no energy to boost the system out of this state, so it will remain this way indefinitely.