Why are tensions in the pulley different when the pulley has a mass or moment of inertia?

When two blocks are connected by a string passing over a pulley whose moment of inertia is given (means pulley is not massless) then why does the string not have same tensions? What will be the direction of friction while rotation, if any? (between string and pulley)

Problems that depict situations where the tensions are same on ropes on both sides of the pulley are ideal situations.It is stated so in order to minimize any complexities that may arise if the pulley was to rotate.Now, if the tensions were not equal on both sides, the pulley would experience a net non-zero torque and hence a net angular acceleration and eventually rotate.Also,these are cases where pulleys have friction between its rim and the rope..if there were no friction on the rope-rim interface the pulley would not turn and its mass would become irrelevant . 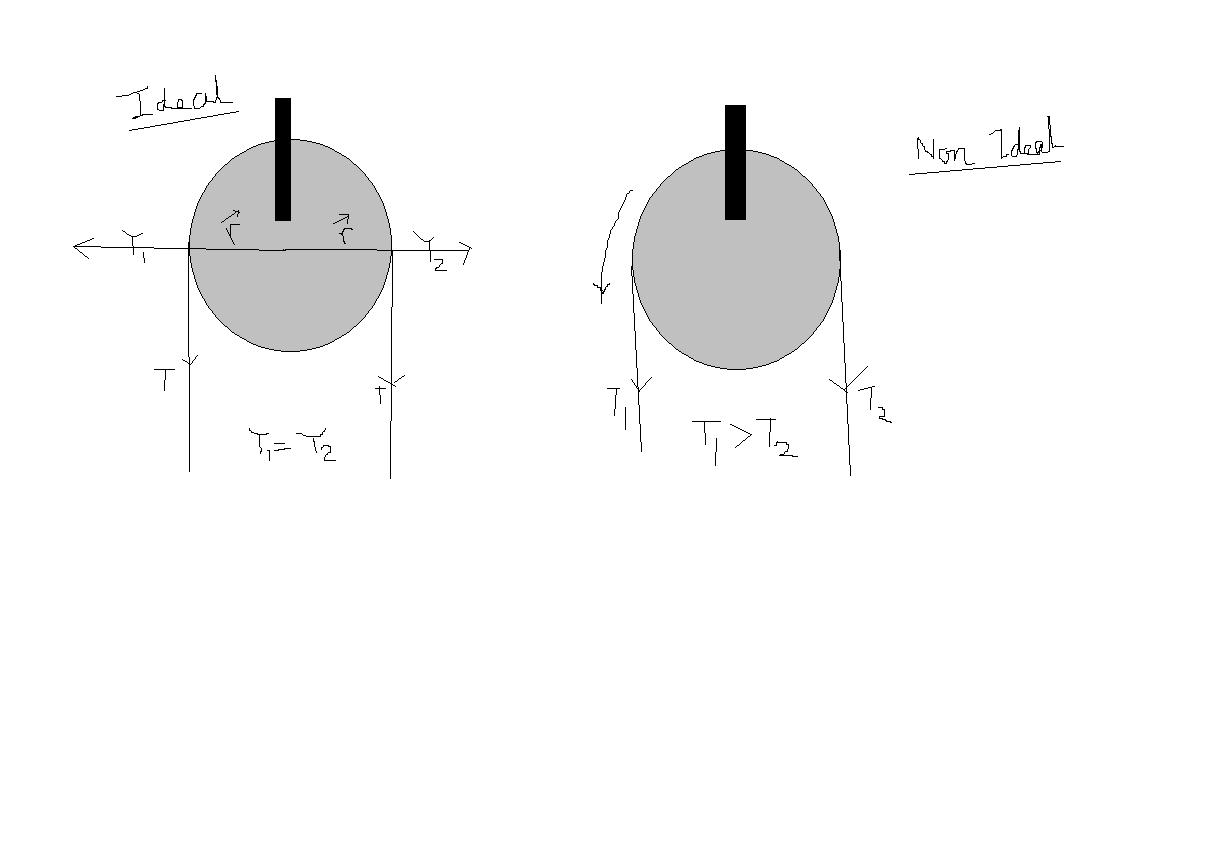 Because the pulley possesses mass, you need to apply a non-zero net torque to it to increase its angular acceleration (assuming that is the goal here). If the tensions were the same on both sides of the contact point between the string and the pulley, there would be no angular acceleration.

Not the answer you're looking for?Browse other questions tagged newtonian-mechanics forces friction free-body-diagram string or ask your own question.

0
Pulley with mass - what is happening in the rope that causes tension forces to differ?

0
Tensions And Pulleys With Masses
4
Pulley and Two Masses: Why is the acceleration the same?
1
How does friction and mass of the string influence the tension force?
2
Understanding tension based on assumptions of pulley system
3
Rigorously proving equal tension on both ends
2
Friction in pulleys
0
Is it possible that string's one part has tension and other part does not has any tension?