Eddy currents Vs. Inducing EMF in opposing the change?

In the following circuit there is a power supply applying a voltage(+$V$) to a circuit with resistance ($R$), current($I$) is now flowing in the circuit, and there is a movable part like so: 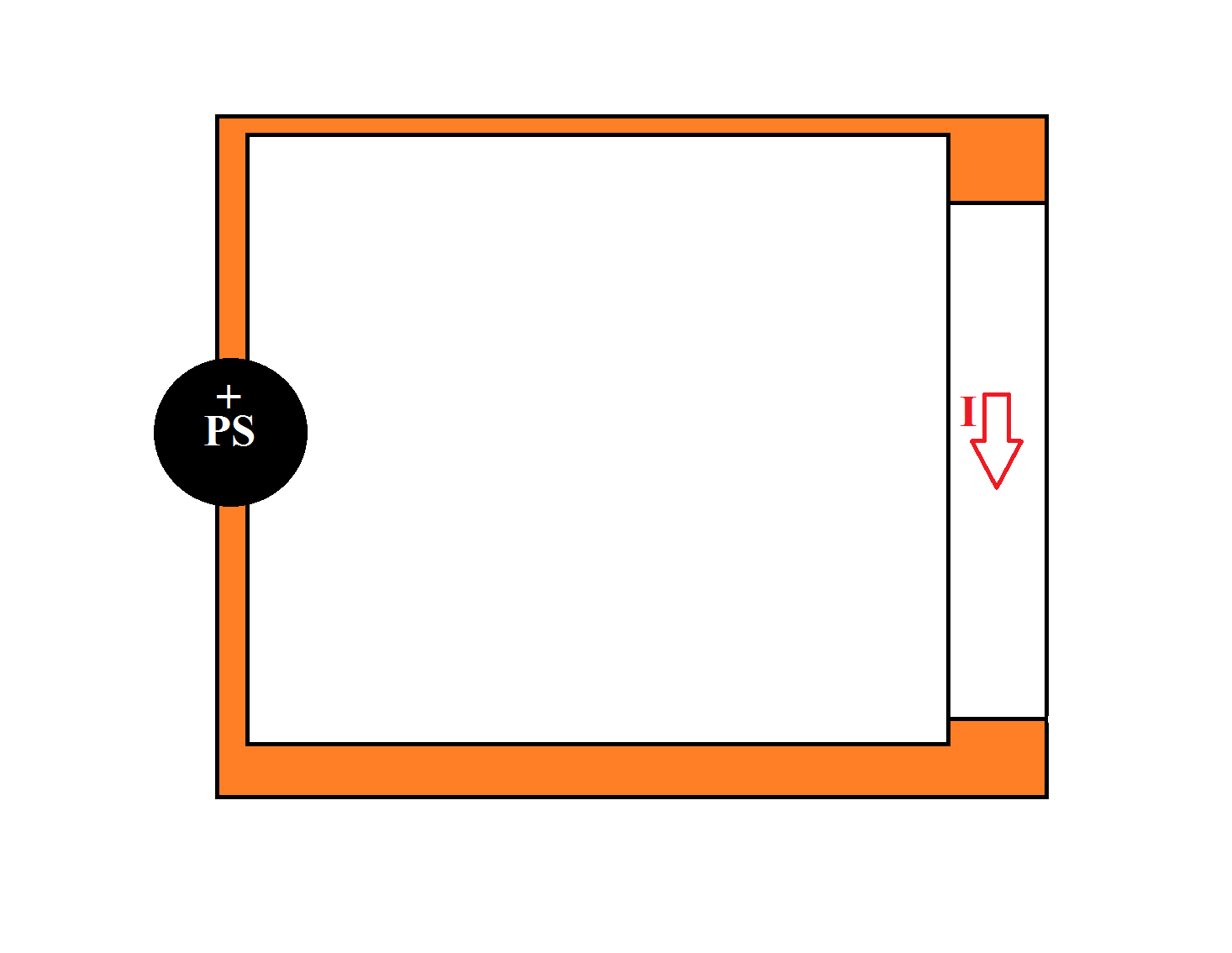 The white part is able to move freely. Now I've introduced a magnetic field($B$) to that movable part: 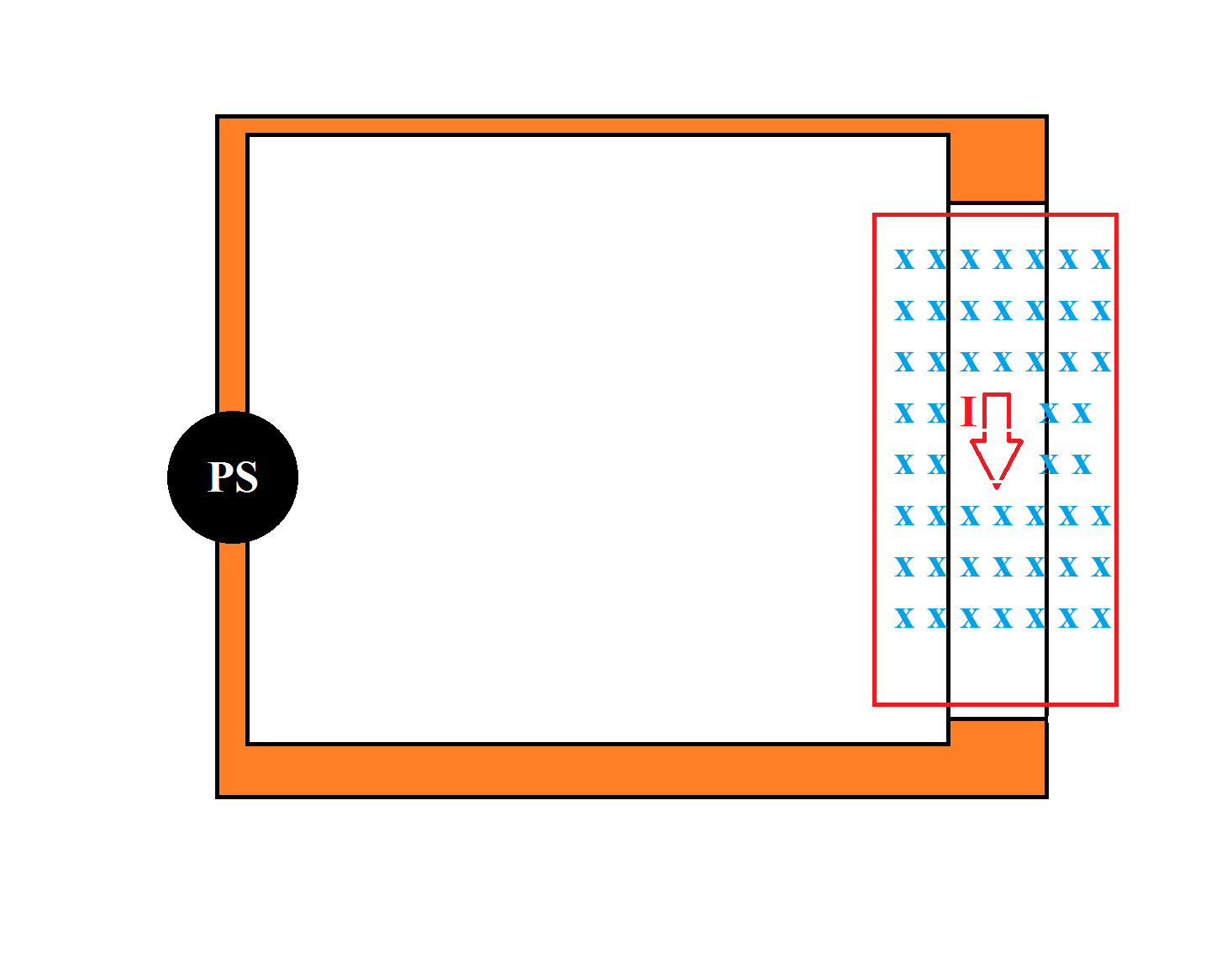 Due to the Lorentz force($F_L$) that movable part will accelerate: 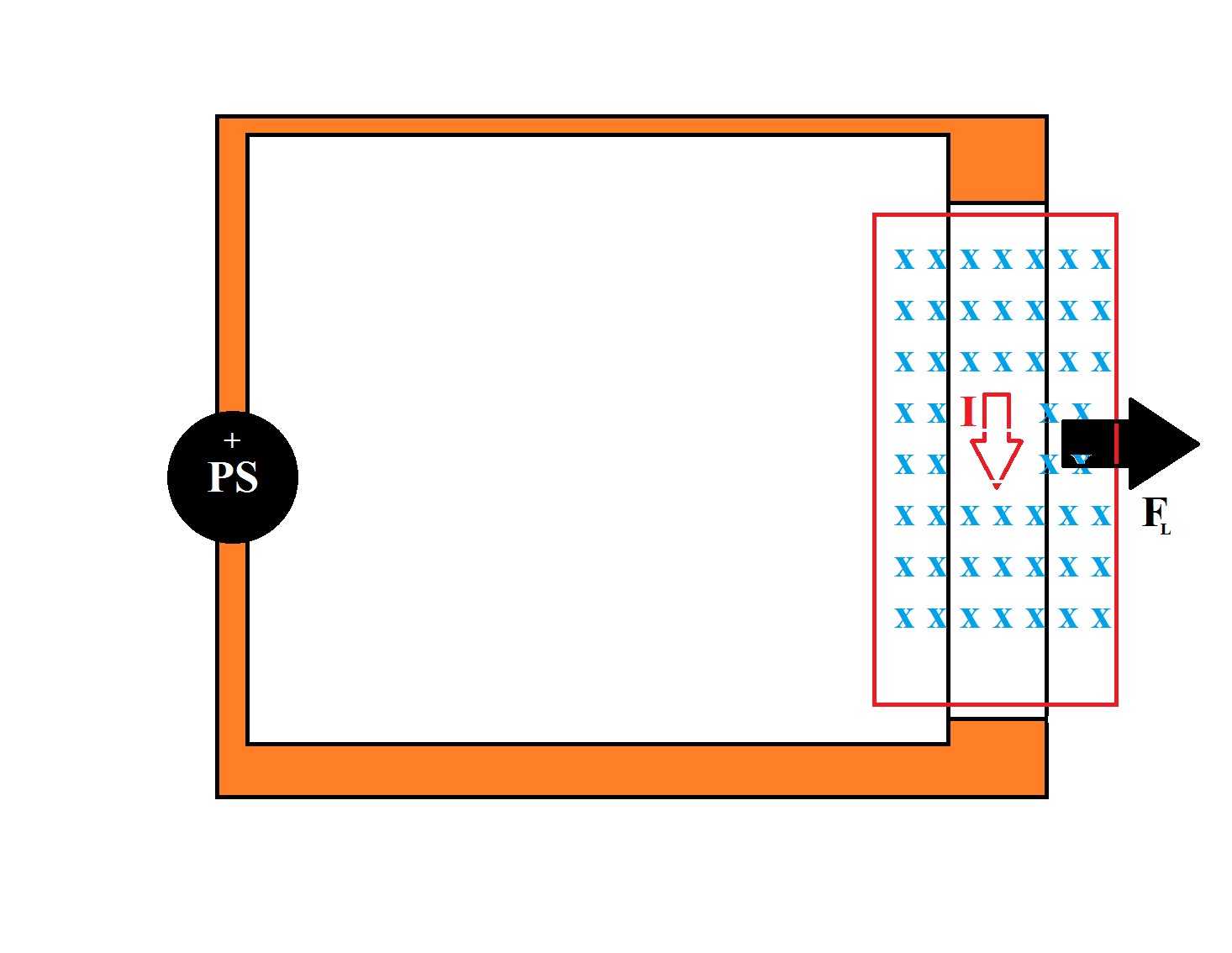 (Ignoring self-inductance) Due to that Lorentz force, there is a change in magnetic flux($\phi$) and by Faraday & Lenz law, there must be a phenomenon that resist's that change. My confusion is with the following, intuitively, there is an induced EMF that oppose the applied voltage(that is causing the motion) like so: 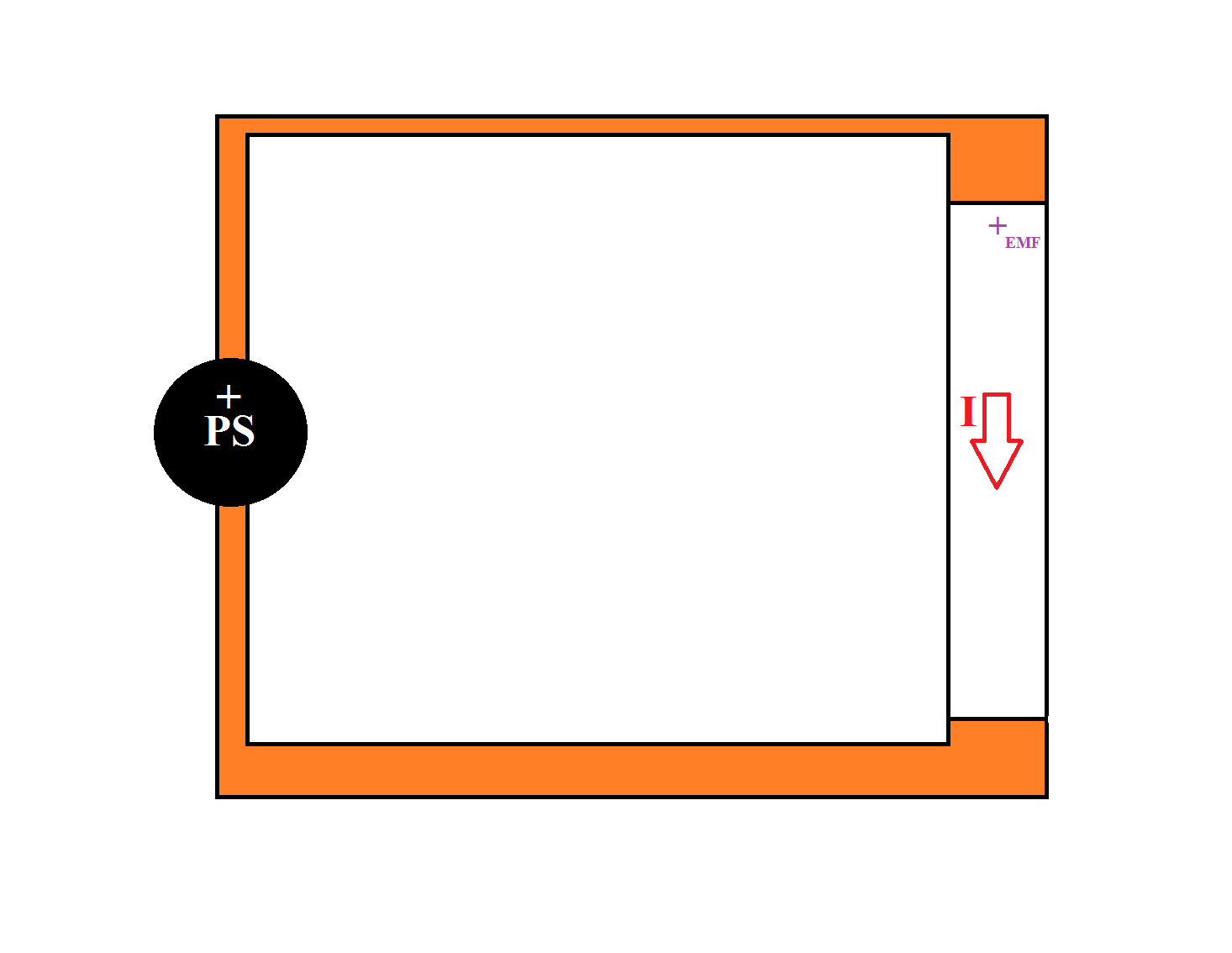 However, would that mean... that there is also Eddy currents that resist the change? By creating a drag force like so: 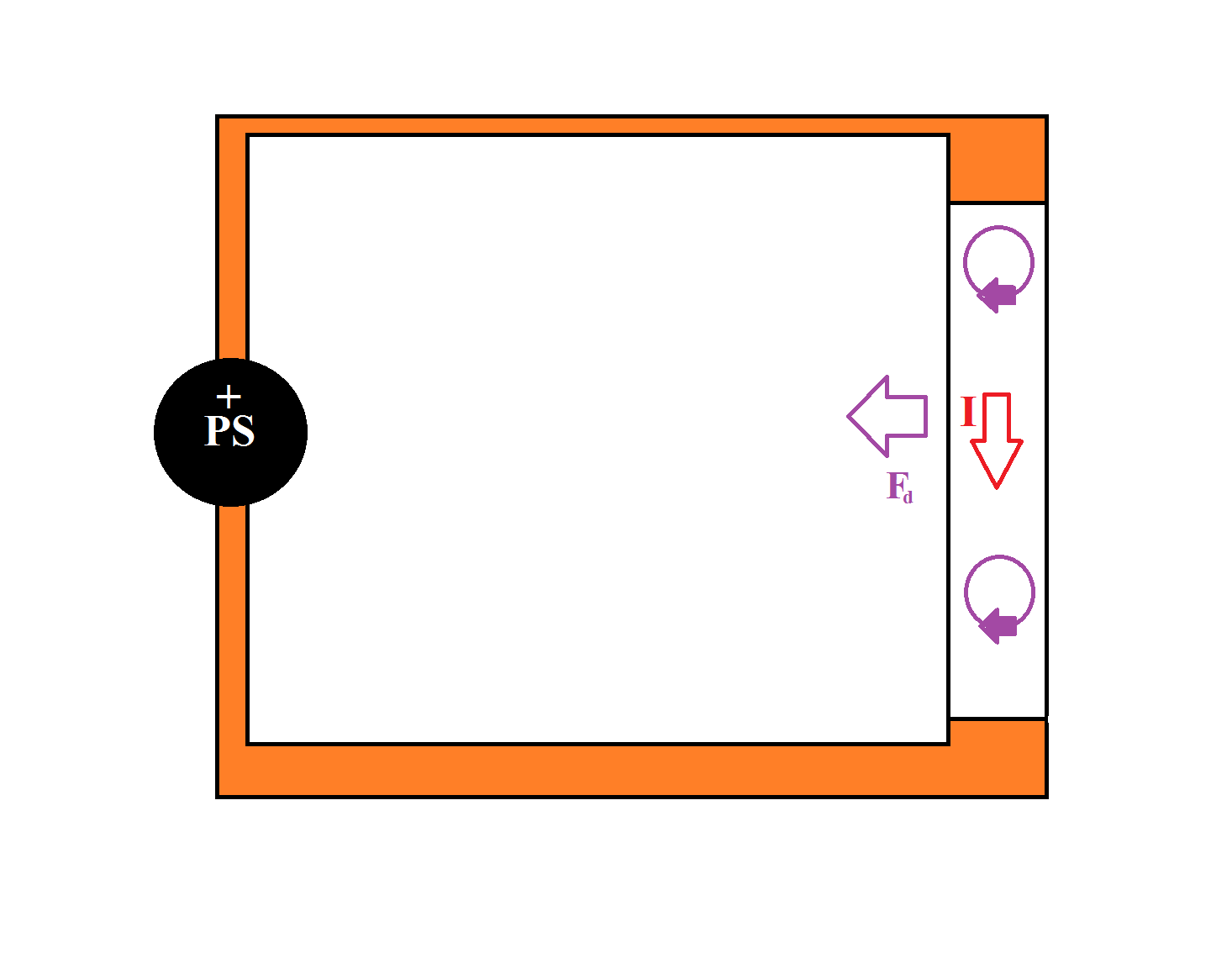 Are both phenomenons coexistent in this case to resist the cause of change? Eddy current's and induced EMF? I think that Eddy current's is a form of opposition to the change the induces it, like dropping a magnet in a copper bar, or moving a piece of copper slab into a magnetic field, but when the change is caused like the circuit above... the form of "opposition" would purely be a negative induced EMF.

Also to note, this is quite similar to the basics of an electric motor, which I found having no eddy current losses(besides iron-core related). Only back/counter EMF that resist the change that is caused from motion that is caused by the applied power source.

Eddy currents are induced where there is a change in the field. The way you have drawn the situation, there is no place where the field changes while the white rectangle moves: $\frac{dB}{dt}=0$ everywhere in the conductor. So while there is a current flowing around the loop, there is no eddy current induced (that I can see).

The same is not true if the B field doesn't have such a nice uniform shape / boundary...

I must admit that without doing a proper simulation, I am not sure that my analysis is correct - but right now I can't see anything wrong with it.

8
Method of calculating eddy currents of a conductor, is this correct?

3
Eddy currents on a conductors surface, and induced current flow around the loop both coexist?
0
Moving the magnetic field around a fixed conductor?
1
Eddy current induce EMF
0
Relativity, and Lenz's law with respect to the Lorentz force acting on a wire?
0
Changing current and magnetic materials in an inductor to genereate eddy currents
1
Will a pulsating electron beam passing through a copper pipe induce eddy currents within the copper pipe?
1
Voltage vs. EMF for a varying magnetic flux against an ohmic circuit
0
Is the electric force that drives current equivalent to the Lorentz force acting on those currents?
0
Change in Magnetic Flux: Eddy Currents vs Moving Wire