Is there a general rule for determining the direction of tension force?

Tension, for me, is a tricky thing.

After finishing a related chapter of my book and watching a video, I still can't get a hang of it. 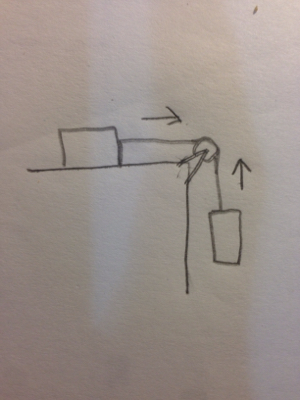 My knowledge is that tension, just like normal force, happens in just the same way, but with the difference of a string attached.

It is understandable that in the picture, the string attached to the hanging mass has a tension directed upward, because it's weight is directed downward. (Action and reaction)

But what intrigues me is that applying the same logic, the horizontal mass is being pulled to the right, it would have been understandable if the tension is directed to the left.

update If I was to think tension as a reaction force in the first picture for the horizontal mass, then can the frictional force be the action force? (Ehh, I don't think that makes sentence. Friction is always reaction)

Tension is created whenever a rope exerts a force (pull) on another object. Notice that there was no friction in the example above. You don't need friction to have tension; this experiment could have been done in space.

Tension is an internal force in a body, such as a rope, that resists any attempt to pull the rope apart. Simply, tension arises due to intermolecular interactions, and if it did not exist, ropes would fall apart the moment you pull on them. 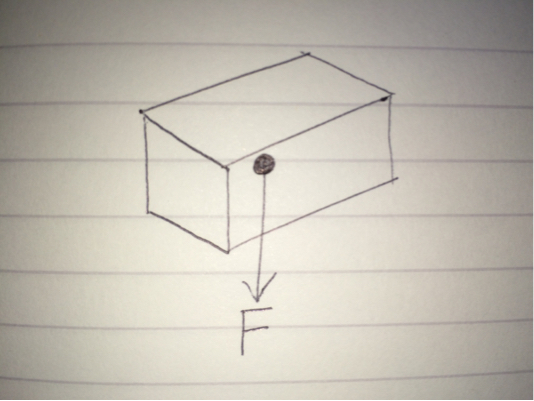 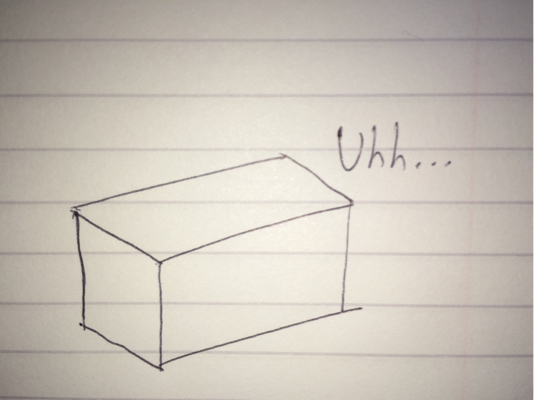 Well, you can't see anything obvious on the outside, but that not because internal force don't exist. It's because if you were to take all of the internal forces present in a body, they would sum to zero. This is a result of Newton's 3rd Law. Instead, a better way to visualise internal forces in a body is to make an imaginary cut through the body and see how the forces act on the cut face. This is better demonstrated below in the diagram, where a rope is being pulled apart: 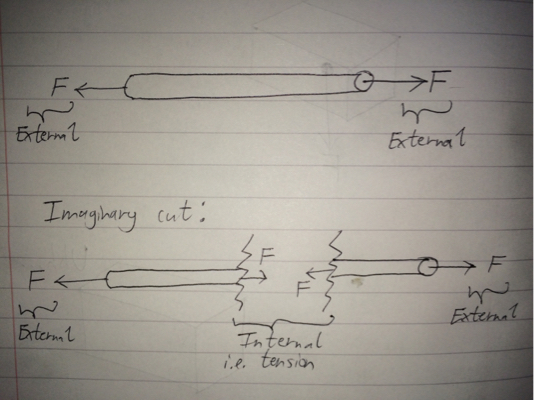 By considering an imaginary cut, you look at the two halves and enforce equilibrium (if the whole rope obeys equilibrium, so must any arbitrary sub-length of rope). By doing so, you find out that in order to satisfy equilibrium, one half must exert a force on the other, and vice versa by Newton's 3rd Law. These particular forces are internal since they're forces caused by one part of the rope acting on another part of the same rope. These internal forces act at the interfaces of the imaginary cut, and, in this case, are known as the tension. To be more precise, it is the tension at the location on the rope where the imaginary cut is made. Note that you can determine the tension's direction if you look at one half of the rope, but since the tensions occur in pair, there is no obvious direction of tension at that point of the rope for the whole rope.

Looking at your example, let's make a few cuts to see the tension forces in the rope: 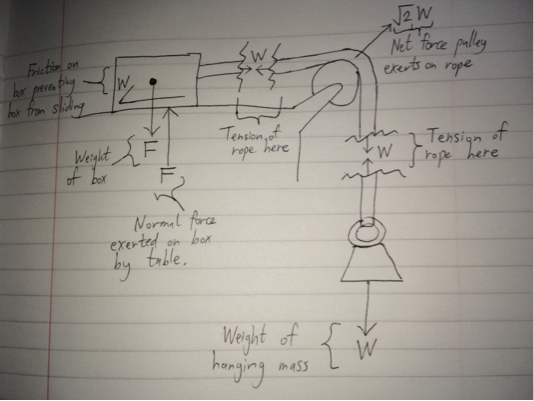 Only the forces acting on/in the rope, on the box or on the hanging mass are included in the diagram above.

In short, internal forces like tension at a particular point in a rope doesn't really have a clear cut direction, as they occur in pairs.

However, do not confuse the string tension with a force. Even though it will have the same magnitude as the force on either end of the string, and is oriented along the length of the string, tension does NOT have a direction. You can't say "The tension is headed to the left" and be making any sense.

Tension is just a pulling force.

As we all know that a rope can't push. It exerts a force on objects like a contact force. Which is pulling force known as tension, comes into action when something is stretched to regain its position, like a restoring force.

2
For a massless pulley moving upwards with acceleration, is the upward force equal to the downward force?
2
Can we define tension in a string as the reactive force produced in a string being pulled at both ends?
5
Is there any tension in a massless spring that connects two free falling bodies in different horizontal planes?
2
What provides the centripetal force?
0
Why do we not consider tension force to calculate work?
0
Why is the reaction between two hanging spheres by two strings the sine of the tension of the strings?
0
Tension about disk