How long can a particle survive inside of the horizon of a black hole?

By examining the causal structure of a Schwarzschild black hole, one can see that a particle in region II is unable to escape to $r=\infty$. 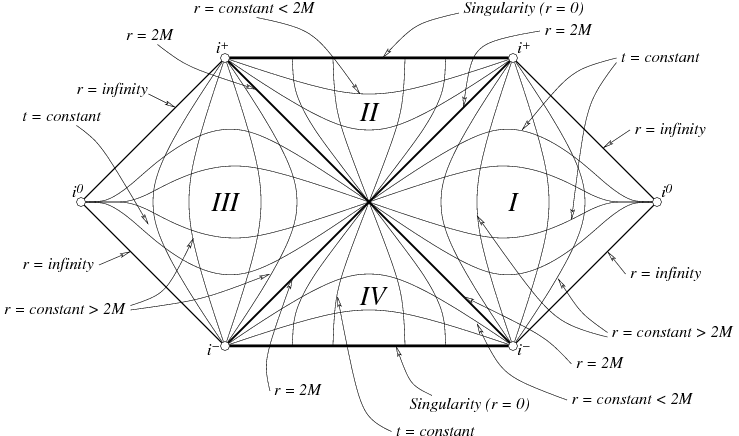 Such diagrams do not show, however, how long a particle can survive inside of region II without hitting the singularity. Can a particle survive indefinitely inside of the black hole? If not, is there a maximum life span of a particle inside the horizon?

The references I looked at were Misner and Lewis. Neither of them actually seems to supply a definitive answer to this question, since they both assume purely radial motion. Maybe there is some simple argument to show that purely radial motion is the best case, but I haven't seen one.

We also have to be careful because people talk about the proper time $\tau=\pi M$ (in geometrized units) as a best case, but in fact it seems to be more like an upper bound, at least for geodesic motion starting from "rest," i.e., zero velocity in Schwarzschild coordinates. If you start from rest at $r=R$, then MTW show that the proper time from there to $r=0$ (not from horizon to singularity) is $\tau=(\pi/2)R(R/2M)^{1/2}$. But a massive object can't be at rest at or inside the horizon, so $R\le 2M$ isn't possible, and we can only talk about $R=2M$ as a limiting case.

So in actual cases of interest, the observer can't be at coordinate rest as they pass through the horizon, and therefore they will always pop through with some finite speed. Once inside the horizon, Lewis shows that it's a good strategy to blast the engines as hard as possible, for a brief time, so as to match up with the trajectory corresponding to the free-falling-from-$2M$ idealized case.

So contrary to what a lot of people seem to believe:

Lewis and Kwan, "No Way Back: Maximizing survival time below the Schwarzschild event horizon," https://arxiv.org/abs/0705.1029.pdf

The previous answers are correct in that (in geometric units) it takes maximum proper time $\pi M$ to fall from the event horizon to the singularity. While it has been pointed out that the simplest argument for this via use of the geodesic equation is not appropriate, we can alternately show that $\left\lvert\frac{\text{d}r}{\text{d}\tau}\right\rvert \geq \sqrt{\frac{r_S}{r}-1}$ (in Schwarzschild coordinates) purely by requiring that the particle's trajectory be timelike. For infalling particles, we can integrate and thereby show that the maximal lifetime of any particle entering the event horizon is $\frac{r_S}{2} = \pi M$. This avoids the problem with the justification given in some previous answers by not appealing at all to the geodesic equation (this argument appears as an exercise in Carroll's textbook).

This then agrees with the naive answer via using the geodesic equation for a particle at rest to start at the event horizon, and can be viewed as a derivation of the fact that starting at rest and free-falling maximizes a particle's lifetime. This is not in disagreement with the paper cited above - towards the end, after a quote demonstrating the misconception that attempting to accelerate away after falling into the event horizon would inevitably shorten your lifespan, the paper says:

"The results of this study show that this clearly is not the case; anyone who falls through the event horizon should fire their rockets to maximize the time they have left before impacting the central singularity. In dropping from rest at the event horizon, the firing of a rocket does not extend the time left, it only diminishes it."

It turns out, weirdly enough, to be basically $\pi$ geometric time units (normalized to the mass of the hole). I think this is demonstrated in MTW. That's if you don't try to fight your way out and just fall. Attempting to accelerate away from the singularity actually shortens your time.

A geodesic is the maximal path in spacetime. If you attempt to accelerate in any direction inside a black hole the very fact you would be on a nongeodesic path means the path length in spacetime is shorter. The path length is equivalent to the proper time along the path.

The longest proper time of any observer in a black hole is as AGML says. It is $\pi$ times the time equivalent for the mass of the black hole or $\pi GM/c^3$.

Not the answer you're looking for? Browse other questions tagged general-relativity black-holes reference-frames event-horizon singularities or ask your own question.

3
Possible paradox with black holes and time dilation
1
How long from event horizont to singularity?
1
Non-Vacuum Solutions for Black Hole Interiors
0
Does a particle falling into a black hole ever reach the center?