Not entirely, but a disk electromagnet works by routing a magnetic field though a ferromagnetic core. It's not a 100% efficient process and you do have a portion that is not directed through the core. The escaped portion is known as flux leakage, and is usually a fairly small percentage of the total field. 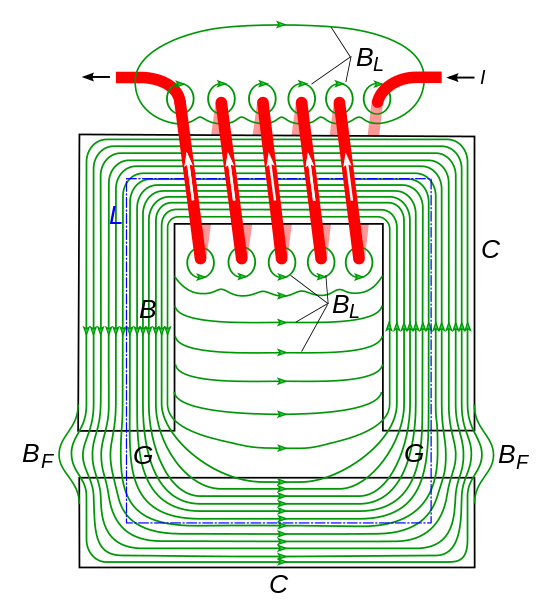 The green lines represent magnetic field lines. The closer the lines are to eachother the higher the field density. You can see that most of them pass out the way the designers intended, through the ferromagnetic object, and back into the core C. The white arrows represent the direction of current flow in the coil, and the green arrows represent the polarity of the magnetic field. The lines marked $Bl$ are the flux leakage.

However, I know of no such method or device able to direct magnetic fields with 100% efficiency. There are certain superconductors and metamaterials that show promise, but nothing I know of as yet.

There is a hypothetical elementary particle in particle physics known as a "Magnetic Monopole" (imagine a bar magnet that only has a north pole, or a south pole.) However, as yet, there has been no conclusive experimental evidence that magnetic monopoles exist.

May be of interest:

Can magnetic fields be redirected and focused at one point? (Physics.stackexchange)

19
Can magnetic fields be redirected and focused at one point?