Why are bandstructures plotted only along certain symmetry points? 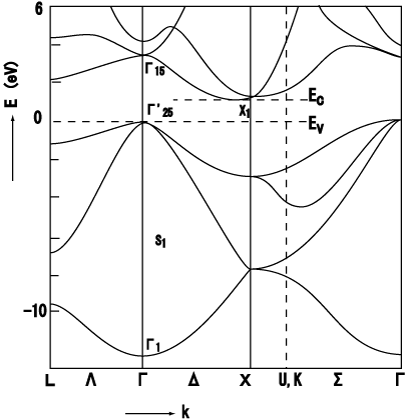 (image from here). Each point on the horizontal axis is a point in k-space. Then the vertical axis shows the bands.

k-space is three dimensional. In a perfect world we would make a four-dimensional graph with k-space on three axes versus band energy on the fourth axis. Alas, we live in a 3D universe and can most easily look at 2D graphs. So the best we can do is to pick a path through k-space and use that as the horizontal axis. What path? There is no right or wrong path, all that matters is that the plot you make illustrates the thing that you're trying to explain.

Typically people choose a path that goes on straight segments between "high symmetry points" (center of the BZ and corners of the BZ and side-centers of the BZ), simply because people are often discussing things that happen at those points (like band minima) so we want to illustrate them. Also this path is typically (qualitatively) representative of the whole 3D k-space - for example, if there is a bandgap along this path then there is typically a bandgap in all of 3D k-space (this is not required, but it is usually the case).

Note that the straight-line path is still kinda weirdly meandering, for example it revisits the $\Gamma$ point twice in this example.

But if you wanted to chart a different course through k-space -- some random windy path -- you are welcome to make such a bandstructure plot. There's nothing wrong with that. But it would usually be a slightly less useful plot than the traditional type that follows straight line-segments between high-symmetry points.

3-D bandstructures are still very useful. (2 dimensions for x and y and 3rd for Energy). 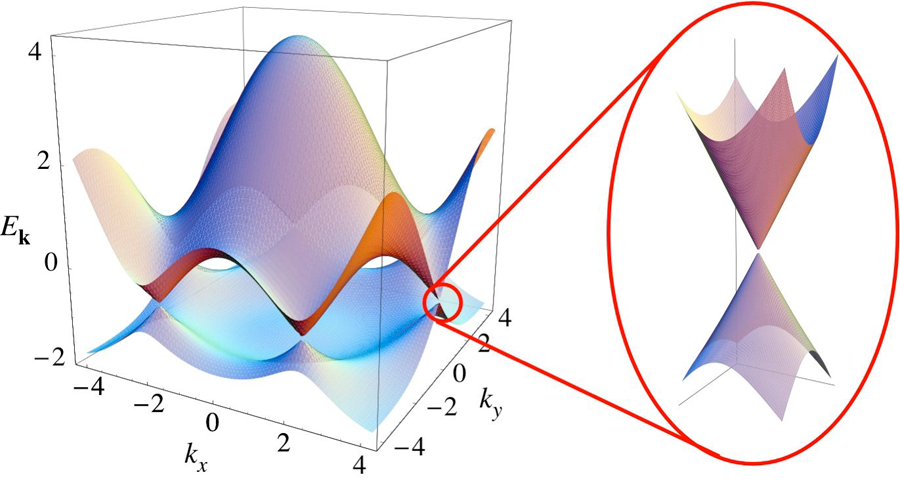 Note that the x and y direction cover every single point for a given z (which in this case is kz = 0). So in this sense this plot is more 'traditional' and doesn't follow an arbitrary path through the BZ, but covers every single point in a given plane.

16
Why are band maxima / minima often (always?) at high-symmetry points?

1
Plotting a bandstructure along High-symmetry points when kx,ky,kz is known
5
Why doesn't topological phase transition break any symmetry? Hidden symmetry?
8
Notations for high symmetry points in the 1st Brillouin zone
11
Why particle hole symmetry and chiral symmetry are called symmetries?