OK, I'm going to add an answer based on the possible duplicate and the other answer given. I'm going to assume we accept Gauss's Law here (which makes things much easier rather than trying to prove using Coulomb's law or Newton's theory of gravity from the duplicate answer). First, you need to appreciate the symmetry of the situation.

It is through this symmetry that we reason that the electric field must be equal everywhere along that inside circle. Therefore the flux equation now becomes:

This is not the case when we do not have spherical symmetry. So here is another example: 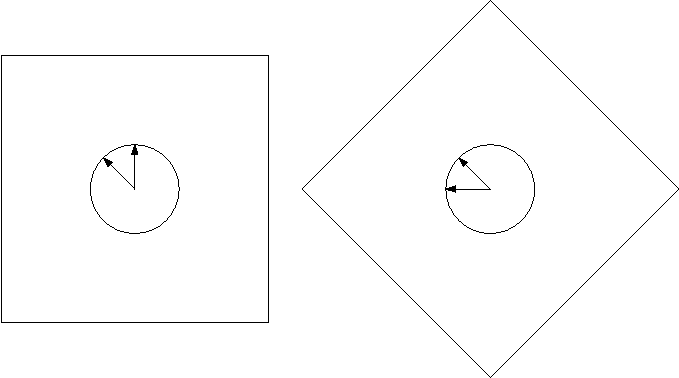 (although the net electric flux is certainly still $0$)

And no, it's not because I chose a sphere vs. a square as the Gaussian surface in the second case. Although we can argue that the magnitude of the net flux on each side of an internal cube would be equal (but the electric field is not constant along those surfaces).

I'm not quite clear about your question, but I will volunteer this answer: because there's no net force.

Have a look at the Wikipedia Coulomb force article, and note this: "An electric field is a vector field that associates to each point in space the Coulomb force experienced by a test charge". Imagine you set a positron down exactly in the middle of your sphere. The positron doesn't move to the left or the right, because the electrostatic forces are in equilibrium. Then if you set the positron down an inch to the left, the forces are still in equilibrium because of the geometry of the sphere. Draw circles to appreciate this. There's less than half of the circle pulling left, and more than half pulling right. Set it down another inch to the left, and the forces are still in equilibrium. And so on.