Pressure - How much fluid can void support?

Please refer to the attached drawing! After watching some videos about the U-tube effect in drilling, a question came to me.

Imagine one fluid of heavy density being pushed down the drilling pipe by another lighter fluid, with the help of a pump (the drawing illustrating the concept shows 10 bar for the pump but this was actually randomly put). The heavy fluid at some point will start flowing up the annulus until reaching a certain height. When the pump can no longer do the work (a static condition is then reached), we close/seal the annulus with a "packer" (the crossed rectangles you see on both sides in the drawing).

When the seals are placed, we shut down the pump, the pressure which was then applied on top of the lighter fluid to push down the heavy fluid becomes $P_{atm}$ (say 1 bar).

This is where I need help. What happens at this point ? The heavy fluid will push the lighter one back up the drilling pipe (middle tube), but a void will be created under the seals, therefore pulling back the fluids, am I correct ?

So my question is, when the pressure below the seals reaches a value close to 0 bar, how much fluid can it support ? 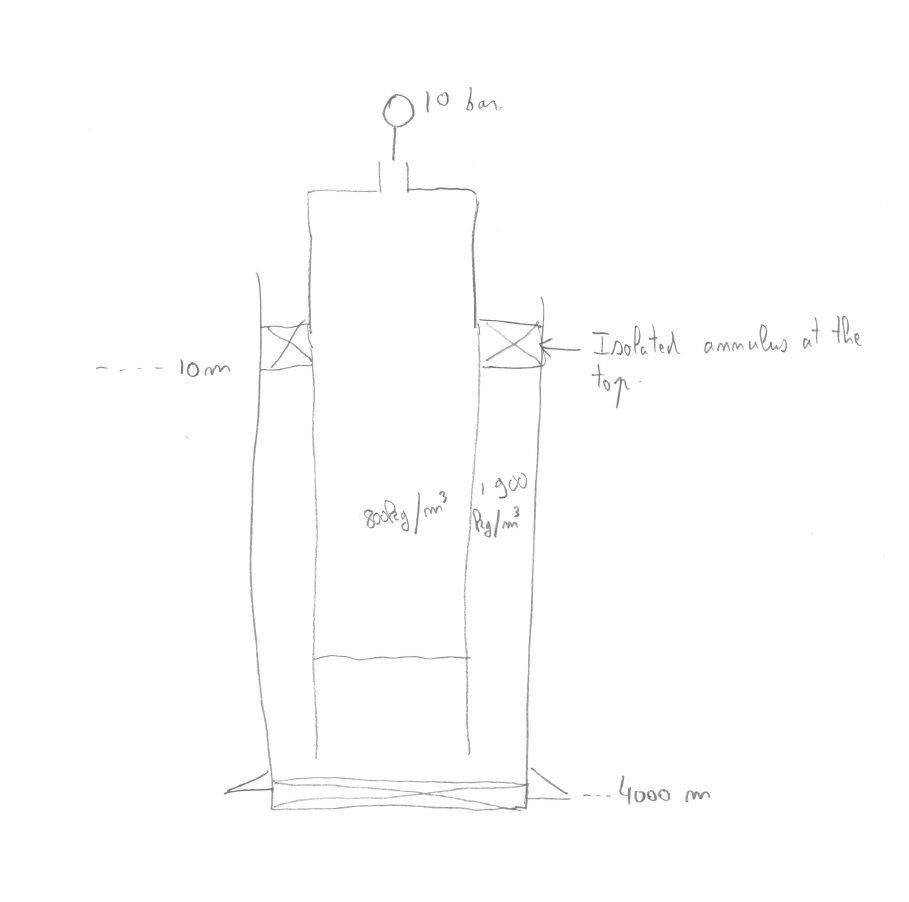 Let us assume that the volume of the heavier fluid remains constant (as we always do), and that the drilling pipe and the accompanying setup is vertical. In the absence of the packer, buoyant forces would take over and push up on your pump. But in the presence of your packer, the heavier fluid is restricted from creating vacuum under the packer due to the presence of the force of vacuum on it.

If the heavier liquid were to exert buoyant force on the pump, one of the ways to do it is that it will have to fill the space left behind by the lighter liquid-pump system. Hence, it will have to give up the space it has filled below the packer. But it cannot because of the reason we mentioned earlier. Therefore, the only way is to expand its volume. But again that is not possible as we have assumed the volume of the heavier liquid is constant.

Therefore, we have proven any change of state of the system after insertion of the packer is impossible since it demands a change in volume of liquid.

We conclude by stating that the system will remain in static equilibrium after the insertion of the packer.

Any failure of equilibrium is caused by either of the following factors: 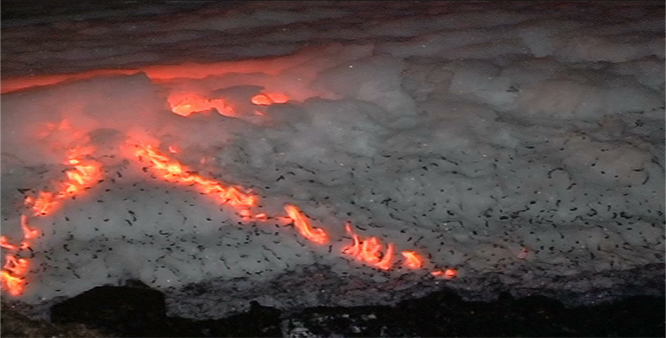 Presence of small pockets of air along with these contaminants and the application of vacuous pressure is enough to trigger bubble formation, if your system is large enough.

Even if your seals are perfect, you have to consider that all liquids start to boil as your pressure approaches a perfect vacuum. Some liquids do better at this than others, but they all eventually boil because they will constantly adjust to achieve a gas/liquid equilibrium for the pressure. Thus you will find that you can never actually get down to a perfect 0 bar. You'll always have some residue left from evaporation/boiling of the heavy liquid, depending on your choice of liquid.

Mercury actually does pretty well at this sort of game. It might be worth considering. Also, if you could find a heavy liquid which is denser than mercury (!!!), you could use a "cap" of mercury floating on the drilling fluid to cut down on evaporation issues.

Not the answer you're looking for? Browse other questions tagged fluid-dynamics pressure vacuum or ask your own question.

0
Real world usage; pump flow vs pressure vs pump head, what is more useful in this situation?
1
When pressure is exerted on parallel hydraulic pistons, do they start extending at the same time?
12
Flow through a rifled pipe
2
Static Pressure in a Venturi vs a Free stream
0
Effect of cohesion and tensile strength on the working of siphons
1
Help with at home experiment for physics degree: how to suck water up a tube
1
What is the negative pressure?