What is the mechanism of particle anti-particle annihilation

My question is loaded with assumptions so to minimize them, I would like to ask it with respect to an electron and anti-electron annihilating.

When I think of annihilation, I think of electron and positron turning into energy where the total energy represents the combined masses plus kinetic energy each particle had prior to the collision and annihilation (Assumption 1).

Also, how is it that the masses annihilate if they are not ANTI to each other. Mass has no opposite like charge does (or other things). Does the annihilation of the charges also somehow annihilate the masses and if this is the case, that would require energy so this energy should show up somewhere. Or is there some other opposite "thing" that results in annihilation of mass?

Physicists used to think that electron mass was actually the inertia of moving charge in a field (or something like that). Is there some kind of connection between mass and charge such that charge annihilation is also mass annihilation?

Here is the elementary particle table from which all others are built up , the standard model of particle physics. 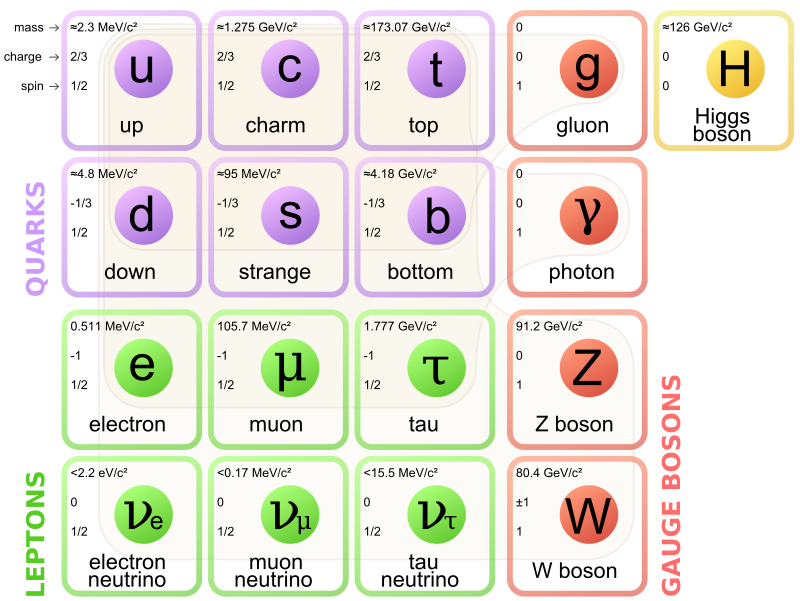 Here is a Feynman diagram of e+e- annihilation

There is no extra energy except the four vector of each incoming lepton. Charge is just a number counting attribute here.

and a more complicated one into b bbar jets

In a nutshell: it is the quantum numbers that become annihilated/0 , freeing the energy momentum fourvectors to display their creativity :)

I wrote a paper in which I show that the electric field of a charged particle can be described as composed of two quanta. Two types of quanta are enough to describe the electric field, the magnetic field and photons. It was shown, why electron does not fall into nucleus and why annihilation happens between particle and anti-particle. A more deep explanation I gave in the paper about complex one-dimensional structures in space. But due to my bad English I'm not able to translate it.

Following the idea about electric, magnetic and EM field from two quanta the annihilation includes the full conversion of the electric fields from both particles into EM radiation.

Not the answer you're looking for? Browse other questions tagged particle-physics energy-conservation antimatter or ask your own question.

1
Particle annihilation - mathematical description, equations governing it?
4
Are antimatter particles made of ---?