Can lift contradict conservation of energy?

In cruise flight of an aircraft lift does no work, it just holds the aircraft aloft. In order to climb aircraft pitch up and need excess energy because the thrust vector now has a vertical component acting against gravitational acceleration.

Please take a look at the following cart. The thrust gets delivered by a propeller at the rear and the thrust vector is always horizontal. A wing is attached to a vertical pole. 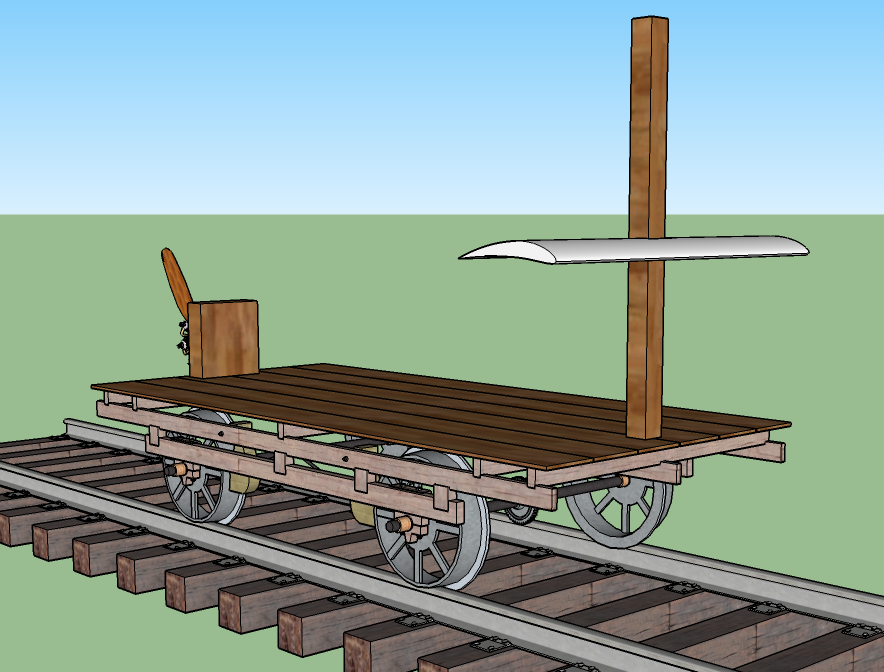 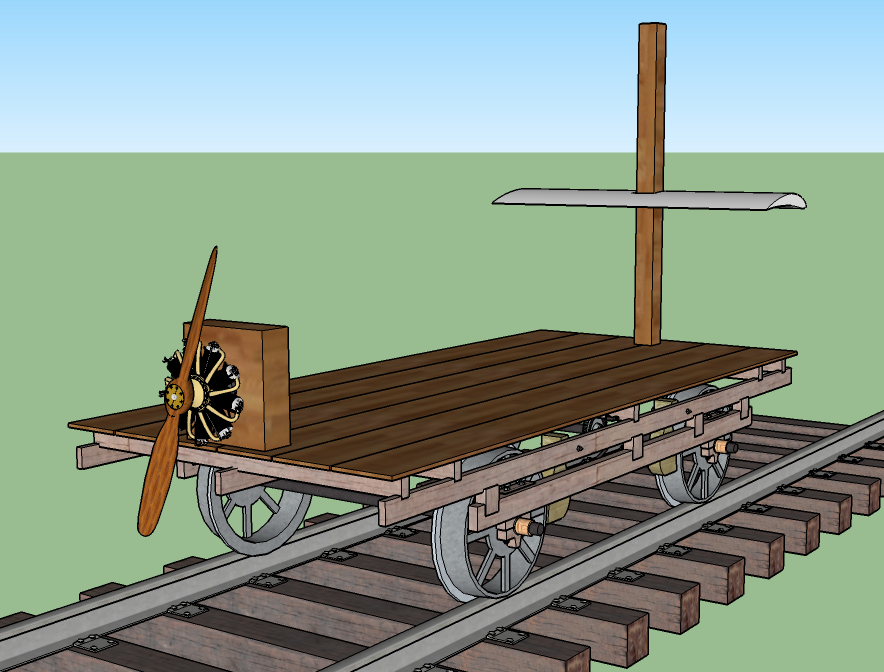 An experiment is done with the following steps:

The cart is at rest and the wing is locked to the pole. Then the cart is accelerated and when it reaches terminal velocity the engine is turned off and the locking of the wing is released at the same time.

When the lift produced by the wing is greater than its weight, the wing begins to accelerate vertically. At some point the wing reaches a vertical terminal velocity at which further acceleration stops. The drag onto the cart is greater when the wing moves upwards compared to when it does not.

Did I miss something?

In order to descend to a landing, the aircraft must dissipate some of this energy, and the only way to do that is with drag, of which there are two kinds, parasitic and induced. Parasitic drag is just the "rubbing" of the air due to its viscosity. Induced drag is due to the fact that the lift vector is not vertical, it is slanted backward, and the horizontal component is to the rear.

Efficient aircraft can have very low drag, but this has a disadvantage. It's hard to come down. If the drag were zero, they could stay up forever.

The next time you travel in a commercial airliner, take note of the rectangular spoilers on the tops of the wings. The purpose of these is to 1) create drag when raised a little, and 2) cut lift when raised a lot. They are also called "speed brakes". The pilot may use these to increase descent rate. (They are also used when the wheels touch down, to make the wings stop lifting.)

When the lift produced by the wing is greater than its weight, the wing begins to accelerate vertically.

I can see where you're coming from - essentially questioning the physicality of wing lift on the basis of thermodynamics. In a simple conception of the situation, this does seem like a problem.

The upward velocity of the wing comes with a "gotcha". As the wing moves upward, the wind is still lateral. That makes its angle-of-attack rise above the horizontal. We don't need to assume any lift-to-drag ratio. Even if we insert a perfect wing, the act of climbing (and increasing gravitational potential) will include a component of the force pushing the cart backwards. The cart is moving forward with stored energy applied by the experimenters, and this force saps that energy.

I would be interested to see if there is a physical upper bound on a lift-to-drag ratio. However, I don't think that such a thing exists. This particular thought experiment (at least) doesn't reveal one.

You mention nothing about the drag on the airplane wing, and although I'm no aerodynamicist I'm pretty sure that an airfoil can't produce lift without producing drag. Add in drag, and your apparent perpetual flight machine fails.

Ignore the propeller: think about a glider. Gliders always have a glide slope: they can never maintain speed at the same time as they maintain altitude (ignoring thermals and the like). Yes, you can pull back on the stick and they magically go up, but you lose speed both from drag and from the fact that the airfoil's lift is no longer straight up, and if you don't stop after a while you'll fall from the sky.

Or, go all-in on the propeller and think about a hovering helicopter. It takes a lot of energy for them to just stay put, energy that's dissipated into the column of air being blown down.

Not the answer you're looking for? Browse other questions tagged fluid-dynamics energy-conservation lift or ask your own question.

1
Forces on an aircraft - thrust, lift, drag, weight
2
Do wind turbines convert the kinetic energy of air?
0
Gravitational Potential Energy to Kinetic Energy Confusion
2
Does all energy of moving car converts to thermal energy?
0
How much energy does a bird use gliding, vs how much energy is there to capture in the moving air?