What is the qualitative cause for a driven oscillator to have a max. amplitude during resonance?

So, these formulae tell that during resonance i.e. when the driven frequency is equal to the natural frequency, the amplitude & the power consumed by the oscillator is maximum.

I want to know what is happening actually that maximses the power absorbed & amplitude during resonance as is evident from the equations above.

The power transfer is maximised at resonance because the driving force and the velocity of the oscillator are in phase.

You wish for a qualitative answer, so my answer will deal with the physical aspects of the oscillation.

Lets consider a simple scenario of a block attached to a spring horizontally on the ground. 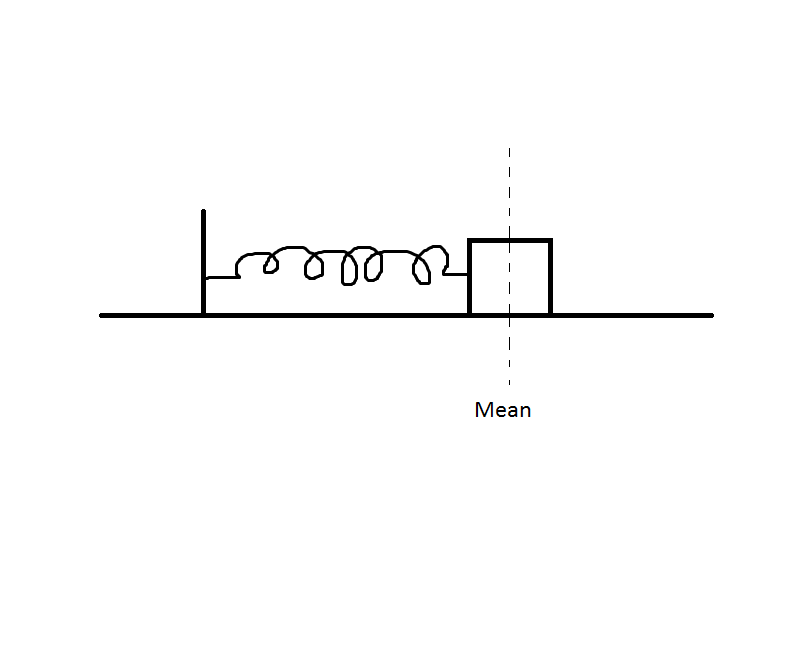 Lets say this spring allows oscillations of time period of 4 seconds. This would mean that the block would move from mean to extreme, from one extreme to the next, and back to the mean in 4 seconds. So this spring will naturally move to the extreme position from the mean in 1 second.

Now consider a time varying external force which oscillates at a time period of 2 seconds [resonance]. Suppose the force initially acted in the right direction, and was at its maximum. So lets see what happens in the scenario initially.

The block will be pushed to the right by this external force. The magnitude of the force would gradually increase and will finally become zero at t=1s. By this time the block would also have moved to the extreme position. 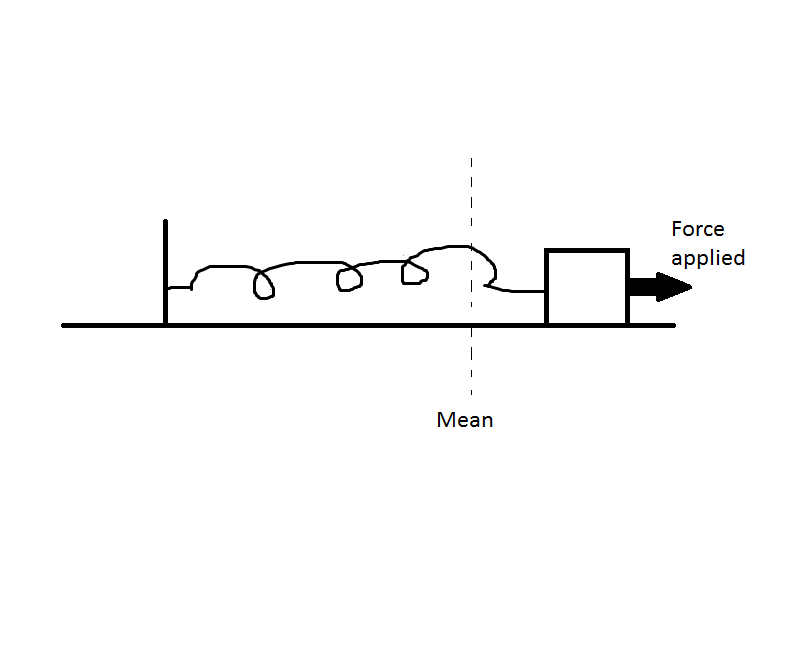 The block will reverse its direction and will move it the other extreme location on the other side. Since the external force also has the same frequency, it will also change its direction to the left and will increase in magnitude till the block crosses the mean position, thereafter decreasing and finally becoming zero at the extreme position. 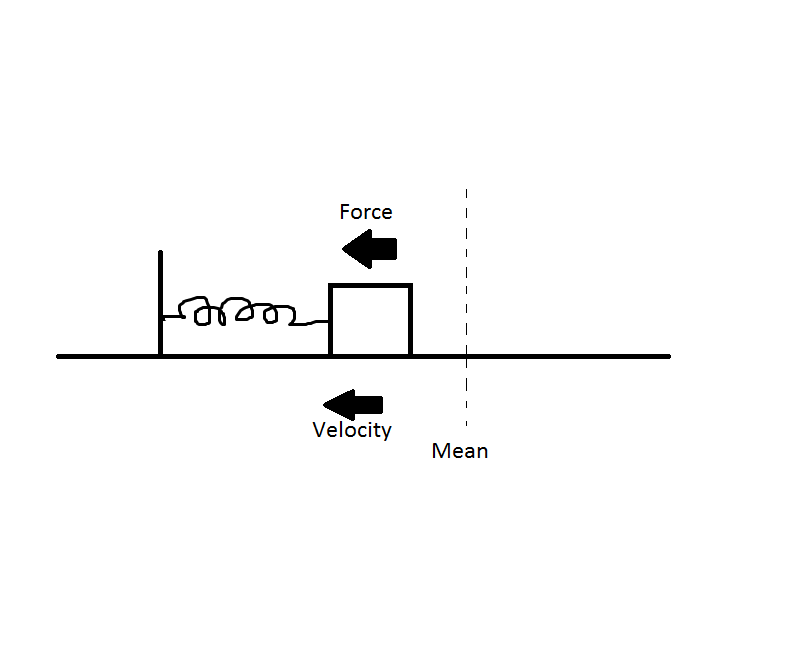 You can observe the interesting phenomenon here. As the block oscillates, the external force also moves hand-in-hand. At the extreme positions, when the block must be at rest at the extreme position, the external force is zero [spring force still acts on the block so that the block won't actually stay there. When the block is at mean position and moving with maximum velocity, the force is also maximum. So what happens is that the force permits natural movement of the block. At all times, force and velocity are in the same direction. When that happens, the block will accelerate increasing its velocity and its amplitude with time. Ideally, the block would soon achieve infinite amplitude, but damping is always present, so amplitude remains finite, but still quite large.

Here, suppose the block is moving to the right from its initial mean position. After reaching the extreme position, the object will have a tendency to return back to the mean position. But the external force, due to its lower frequency, hasnt yet reversed in direction. Thus the block will be moving leftwards, but the force is still rightwards, causing a deceleration, reducing speed and amplitude.

Here, the force will reverse in direction before the block reaches the extreme position. Here, block moves rightwards, but force become leftwards already, causing deceleration, and similar decrease in speed and amplitude

I hope this analogy is quite beneficial for you.

Although the mathematical model is generic, the physical systems it can represent are different in respect to what the parameters and input/output variables may represent. So in a general sense your question is difficult to answer.

But to illustrate you can take the simple pendulum for example, and more specifically the swing that you commonly find in a playground. As a qualitative explanation, the parent pushing the child in the swing with a frequency that doesn't match the pendulum natural frequency will not be able to build the same steady state amplitude as if they do push at the resonant frequency. By pushing at the same frequency as the natural frequency the parent can transfer the maximum amount of energy per push for two reasons: (1) the swing moves to the right position to receive the push and (2) the parent pushes as the swing moves away (not as it approaches).

So perhaps to put it in more general terms you want to look in any system for what frequency maximizes energy transfer between the driving input and the natural frequency of the system.

4
Why maximum energy transfer at natural frequency even if max amplitude occurs below $f_0$
0
Why is the energy stored in a driven oscillator equal to the product of friction dissipated power $P_\text{fr}$ & decay time $\tau$ at resonance?
0
Driven oscillation with negligeable damping problem
0
Velocity amplitude and velocity resonance In Forced Harmonic Oscillator
1
Phase difference between the driver and the oscillator
4
Why are the resonant frequencies for displacement, velocity and acceleration different in a damped oscillator?