If we imagine two suns of equal mass, and a small object in their combined center of gravity, which is not moving, it will stay there forever.

If the object is displaced a little bit towards one of the suns, not moving, and then released, it will accelerate towards this sun.

I wonder what happens if the object is displaced in the same way, but already given a movement towards the other sun. If we observe the three bodys from a static position relative to the two suns, we first see the body move toward the sun more far away. We may expect the body to slow down, as it receives a stronger gravitational pull from the closer sun. However, if we think of gravity effects traveling with a finite speed, the body would receive less gravitational pull from the sun it left behind and more pull from the sun it moves towards. At certain speed, the effect may compensate the gravitation difference induced by distance difference. The body then would seem to accelerate towards the sun more far away from it, if viewed from a location perpendicular the center of the line between the two suns.

Can we expect to observe this effect?

Gravitional waves are a product of general relativity. 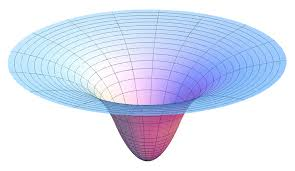 You need to imagine the two suns are rotating around the common center of mass. The simplest situation is if they are in circular orbits. In that case the point at the center of mass in the $L_1$ Lagrangian point, which is known to be unstable for just the reason you suspect. If you move the small mass toward one of the suns at very low velocity, it will just keep falling that way. If you give the small mass a reasonable velocity, it will orbit the pair in some (probably very complicated) way. The simplest coordinate system to use is rotating at the orbit speed of the two suns. You can then plot a gravitational potential that is modified by the dynamic forces of the rotating system and study the motion of your small body in it.

Not the answer you're looking for? Browse other questions tagged homework-and-exercises newtonian-mechanics newtonian-gravity celestial-mechanics stability or ask your own question.

4
What is the reasoning behind the Hill Sphere?
2
Two suns, one moon, and one planet?
3
Intuitive understanding of Lagrange point L3
0
Why aren't Roche limit and the difference in gravitational acceleration the same?
1
Why Sun is not able to attract mercury closer?
4
How are orbits made stable?
0
Gravity effects when deleting stars or planets
3
How deep does a gravity well need to be to remove particles from a planetary body?