What forces carry hovering objects around the earth with its rotation?

For example, if an aircraft was to take off, thrust directly upwards and hover at say 30,000 feet for 12 hours, then come directly down again, I think we'd generally agree that it would land in the same city it took off from, not half way around the earth. The forces we have considered are:

I have my opinion on which of the above are relevant, but I didn’t do much Physics at university (30 years ago), and I’d like to know what you think and why. because a friend and I disagree.

You don't need a complicated answer. The answer is the fact that we are moving too. 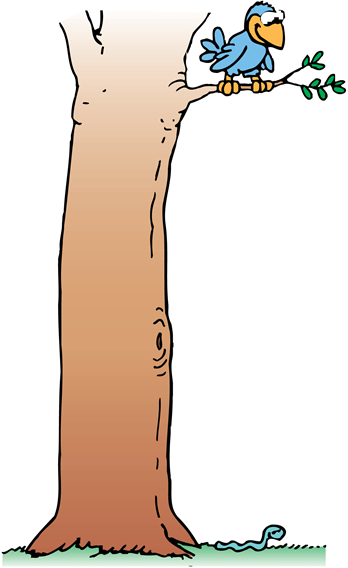 How can this bird swoop down and catch the worm if the ground and the worm are rotating so quickly? The answer is because the ground, the air, and the tree are all moving at the same rate. The same applies to flying objects. So the forces involved are the same forces that keep everything else rotating: mainly momentum and gravity (momentum is inertia in motion).

We should remember (or learn now) that momentum only works in a straight line. Gravity forces your flying object to follow the same course that it would on earth. 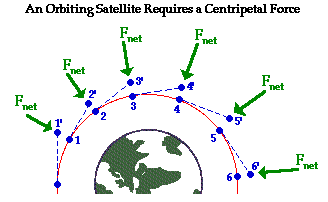 The green arrows are gravity. The blue lines are momentum. They add to form a curved line. The same line you are following, the bird is following, and the worm is following.

Not the answer you're looking for? Browse other questions tagged gravity momentum earth rocket-science centrifugal-force or ask your own question.

93
Why does the atmosphere rotate along with the earth?
5
Can a hovering helicopter travel half the globe in 12 hours?

4
If the earth would stop spinning, what would happen?
3
Is it possible to counter-act centrifugal force by moving at the same speed in the anti-spin direction?
0
Centrifugal force on objects rotating around Earth
1
Does the warped space around the Earth push objects towards the Earth?
2
Projectile Path Farther Away From Earth
1
Measuring Earth rotation rate about its axis with gyroscopes
1
Does the Earth volume increase with rotation?
1
Earth rotation with atmosphere