I know the formula of the electric field, however:

suppose that we put two infinitely long and thin, straight wires symetrically into the coordinate system, so that y axis is between them. 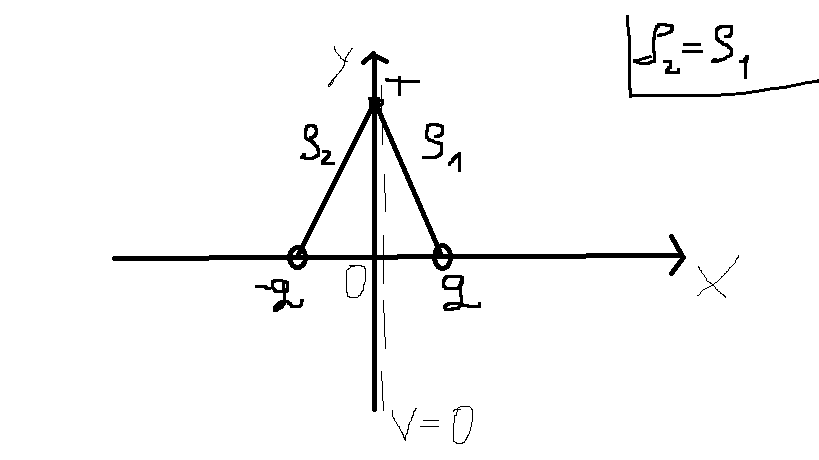 But due to the fact that we have a positive and negative charge, i get:

(this is the part of the equation) 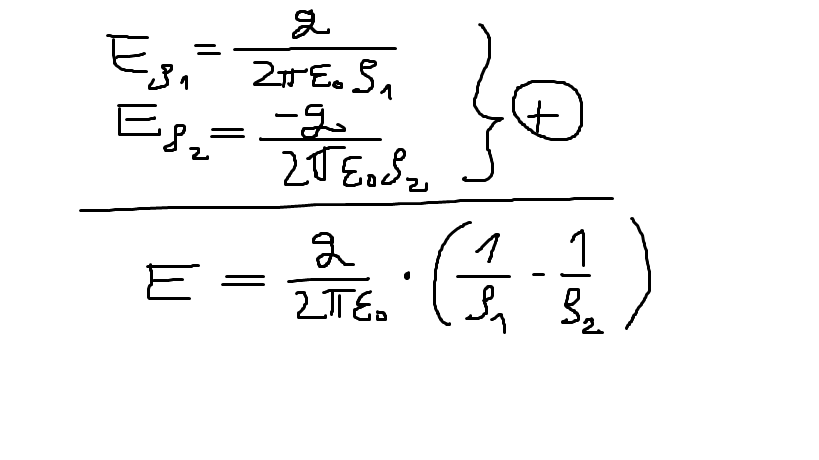 which means that electric field on plane x=0 is zero, but I know that it isn't, because it is perpendicular to the equipotential V=0.

So where do I go wrong in calculating the field in point T?

homework-and-exercises electric-fields potential
Share
Improve this question
edited May 20, 2015 at 15:08

I think your problem is that you're adding the electric fields like scalars, rather than breaking then into their vector components. You have:

What you should have is

Then adding the two vectors together the $y$-components cancel (due to the opposite charge but equal position vectors) and you're left with the x-components only:

i.e. the electric field is only in the $x$-direction, as required.

Not the answer you're looking for? Browse other questions tagged homework-and-exercises electric-fields potential or ask your own question.

3
Homework question about electric field between two spheres
1
How do I choose the right value of $r$ to find where the electric field is zero?
2
Electric field and electric scalar potential of two perpendicular wires
5
Is the superposition principle a postulate in electrostatics?
0
Electric potential due to two spheres
0
Misunderstanding the calculation of the potential for a system of 2 concentric shells
4
Why isn't electric field due to outside charges taken into account when calculating the "total" field in some Gauss law problems?
3
How can the surface of the system consisting of two spheres and wire be equipotential, if the potential function is defined NOT for the net force?